Take a look at our thoughts and see if you would do the same or if you would have different attractions in both of these categories.

Although there are a lot of rides and attractions that we love in the Magic Kingdom, there are two specific ones that we would want Disney to keep over any other ones. 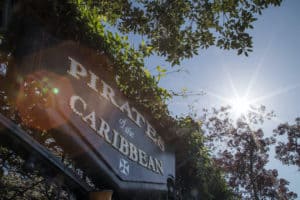 Pirates of the Caribbean is a combination of all the best ride features in Disney rolled into one ride.  From a slow moving dark ride, excellent animatronics, fun music, and a little thrill, we love everything about this ride.

Guests board a barge as they head into the 17th century where a group of rowdy pirates has ransacked different Caribbean towns.

From the haunted Dead Man’s Cove to the details in the seaside town, each scene brings Guests into the story.

As you travel through the ride, keep your eyes open for Captain Jack Sparrow from the beloved movie ‘The Pirates of the Caribbean’.

Pirates of the Caribbean is one of the Disney Genie+ options in Magic Kingdom.  This is a great use of this new feature as the line can get extremely long during midday. 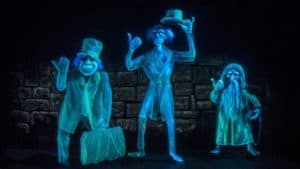 The Haunted Mansion is the second ride in Magic Kingdom that we would keep just as it is.

The Haunted Mansion is the main ride in Liberty Square in Magic Kingdom and it welcomes Guests into the story right away.

As Guests enter the queue for the Haunted Mansion already the creepy haunts are present.  There are hands-on activities (when available) that show the supernaturals are around.

A Ghost Host will help guide Guests through the Haunted Mansion in their Doom Buggy.

Head past unique scenes such as the casket-filled conservatory, Madame Leota’s seance room, and don’t forget the ballroom scene.

We love how this ride has been around for 50 years and very little has changed during that time.  It shows how special and unique it is.  It truly brings Disney Imagineering to the Park.

The Haunted Mansion is also part of the new Disney Genie+ and an excellent choice as lines for this attraction build throughout the day.

We think that Pirates of the Caribbean and Haunted Mansion are two of the best rides in Magic Kingdom.  From the storytelling to the ride experience, these two attractions are ones that we would keep for years to come.

We know it might be surprising that we would choose to close two rides in Magic Kingdom, but there are a few that we think need to be taken down to allow for new experiences. 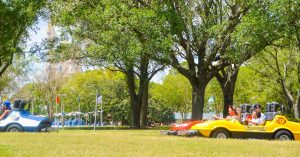 Tomorrowland Speedway is the first ride that we would close in the Magic Kingdom.

Kids love this ride as they can experience what it is like to drive all on their own.  Adults, on the other hand, find this ride overrated and even frustrating.

We would close this ride down in Tomorrowland for a few reasons.  The first is that the gas powered cars are no longer a good representation of Tomorrowland.  We feel like this is more of a look into the past.

The second reason we would close this ride down is because of the space it takes up.  It takes over a lot of landscape and we think there is so much that Disney could do with this area.

We have some great memories of this ride from when we were younger. However, it might be time to move on. 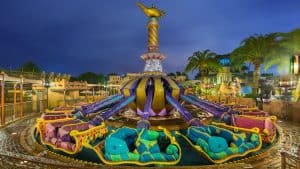 Magic Carpets of Aladdin is the second ride in Magic Kingdom that we would close down.  Again, there are a few reasons why we would make this choice.

Guests climb aboard their very own “magic” carpet and are able to fly around high up in Adventureland.  This ride is just like Dumbo the Flying Elephant, the original aerial carousel.

We would close this ride down because there is one just like it over in Storybook Circus.  By closing Magic Carpets of Aladdin down, it doesn’t remove this type of ride from Magic Kingdom.  Little kids can still enjoy flying with Dumbo.

The other reason we would close down this ride is because of where it is located in Adventureland. Magic Carpets of Aladdin is located smack dab in the middle of Adventureland’s walkway.  The ride makes this area extremely crowded.  We also don’t feel like it fits great in the theming of Adventureland either.

Although there is nothing wrong with these rides, we feel like closing them down won’t cause any major issues in Magic Kingdom and could make room for more magic moving forward.

The over 30 attractions in Magic Kingdom work to bring magic to Walt Disney World vacations.  Each of the 30 attractions brings something different and unique to the Park.

When we look at the different attractions, we feel like some should be kept as they have become part of the Park.  That is why we picked Pirates of the Caribbean and The Haunted Mansion.

Both Pirates of the Caribbean and the Haunted Mansion are rides that stand the test of time.  Guests of all ages can enjoy them together which is the goal of Walt Disney World.

On the other hand, we feel that some rides need to be taken down to make room for new and different magic.  We feel that both Tomorrowland Speedway and Magic Carpets of Aladdin are rides that could be replaced at this time to make room for something new.

What do you think would be your two to keep and two to close in Magic Kingdom, Disney’s iconic Park?