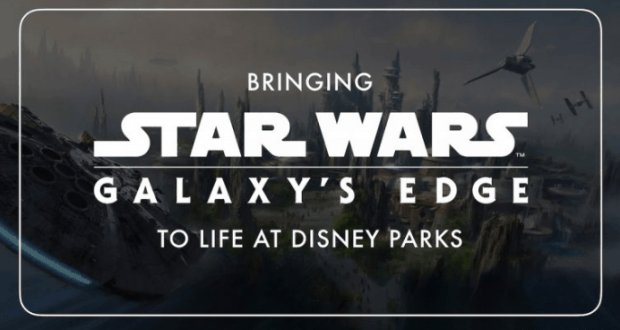 We are so excited to learn that Walt Disney Imagineering and individuals from Lucasfilm will be holding a special panel about Star Wars: Galaxy’s Edge at the Star Wars Celebration Chicago event.  The panel will be held on Saturday, April 13th and be called Bringing Star Wars: Galaxy’s Edge to Life at Disney Parks.  The panel will feature a discussion about the new, themed land opening at Walt Disney World Resort and Disneyland Resort.  Guests attending the panel will get to learn more details about the land and what went into creating it. We previously announced that the Disneyland phase one opening will be on May 31st, 2019 and the Walt Disney World phase one opening will be on August 29th, 2019.

The Star Wars Celebration in Chicago is definitely expected to be an amazing event!  It will be held from April 11th through 15th to enjoy a variety of announcements, exhibits, merchandise, autograph sessions and more.

As always, we will keep you posted on everything that we learn so that you have the latest news on Star Wars: Galaxy’s Edge.

Is anyone lucky enough to be attending the event in Chicago?