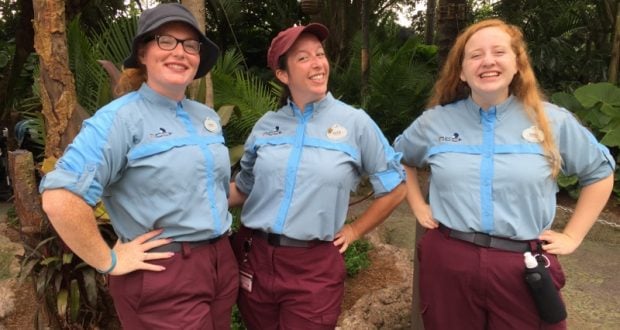 10 Signs You Should Be A Walt Disney World Cast Member

If you love seeing kids’ dreams come true, then working at Walt Disney World would be a great fit. You’ll get to see kids dressed up as their favorite Disney characters and then get to meet them. You will have a part in making their dreams come true and bringing smiles to their faces.

8) You Hate the Cold and Snowy Winters

While most of the country is getting hit with snow storms, Florida has very mild winters. That is one of the main reasons people move to Florida. You can enjoy the Sunshine State and just watch the snow on TV. If you do want your snow fix there are plenty of places that have fake snow, that’s good enough.

7) You Love Meeting People From All Around the World

Walt Disney World is one of the top tourist destinations in the world. That being said, you’ll meet people from all different areas and cultures. You’ll learn a lot from the guests about people from all the way on the opposite side of the world.

5) You Don’t Want a Normal Job

What better place to work than the Happiest Place on Earth? You could be working at Walt Disney World, which is a place that people dream of going to. Plus, it sounds pretty awesome when people ask where you work. You can just smile and say “Oh, I work at Walt Disney World”.

4) You Are a People Person

3) Tickets For Your Friends and Family

Are you and your friends trying to think of something fun to do? What’s more fun than going to Walt Disney World? It you work at Disney there’s a better chance that your out of town family members and friends will come to visit you, since you can all enjoy a day at the parks together.

2) A Pass for Yourself

If you’re a cast member at Walt Disney World you will have a pass for yourself so you can enjoy the parks on your off time. Disney tickets are expensive and you get to have one for free whenever you want. After you get off your shift, why not go and enjoy a ride or two?

If you’re completely obsessed with Walt Disney World you want to be there as much as you can. Why not get paid to spend time at your favorite place? Who has time for a boring job, when you can work at the place where dreams come true.