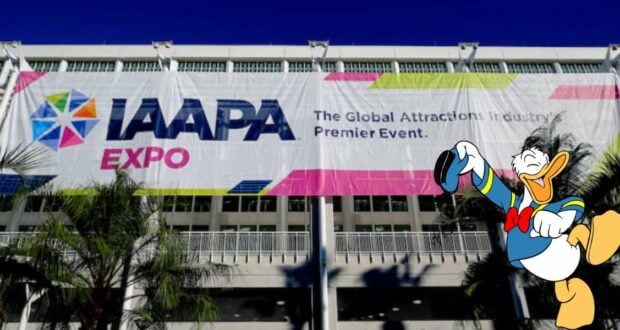 The biggest trade show in the theme park, amusement park, and general themed entertainment world just wrapped, and IAAPA Expo 2022 (IAAPA being short for the International Association of Amusement Parks and Attractions) at the Orange County Convention Center was no disappointment when it came to exciting news about what might soon be coming to a Disney, Universal, or other theme park near you!

Sure, the updates in the industry that came out of IAAPA might not have been as flashy as a certain CEO change announced in Burbank right after the expo ended, but the revelations from venders, buyers, and creative studios across the themed entertainment industry will certainly have just as big of an impact on the world of theme parks big and small. 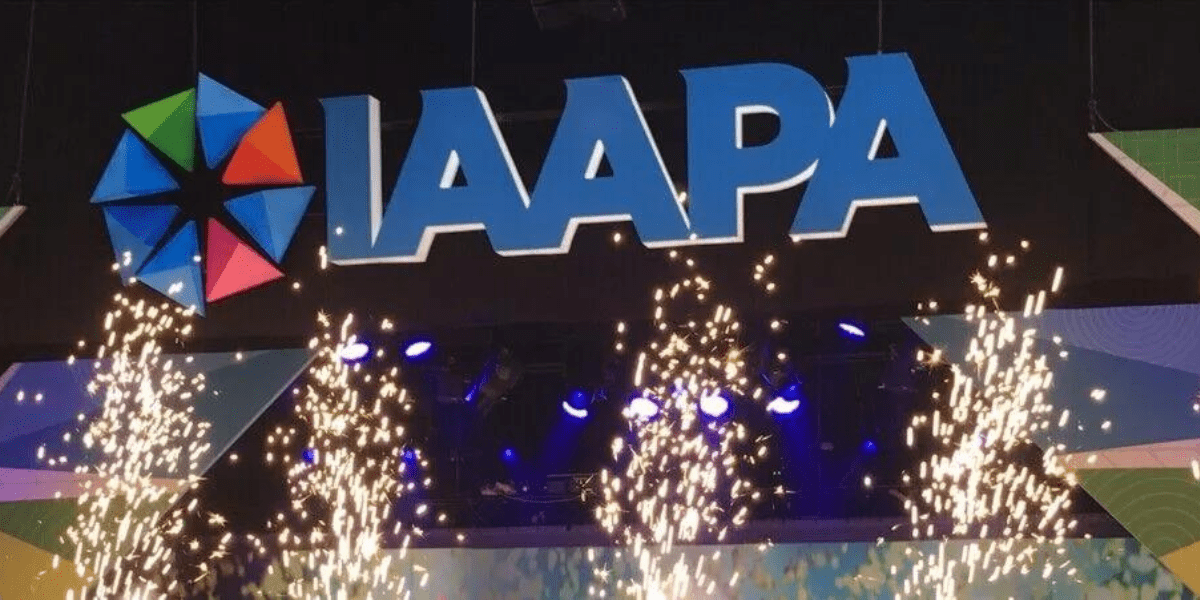 Here, then, is a look at some of the biggest trends out of IAAPA Expo 2022 and a bit of pondering as to how they might impact a theme park near you very soon!

Futures Made of Virtual Reality

If you saw a picture of attendees enjoying themselves on the floor of IAAPA Expo 2022, odds are that the people in that photo were wearing a virtual reality headset of one type or another.

Virtual reality was all over the expo floor, ranging from the kind of arcade games you’d find at a Dave & Buster’s, to immersive theatrical experiences, all the way to full-on amusement park-level rides. The technology we’ve all been promised since the 1990s is finally coming into its own, and it’s not just a novelty you can find at a mall kiosk anymore.

Besides the popular commercially available virtual reality video game consoles like Oculus and PlayStation VR, there are new advances in VR that allow the experience to be directly synched to a ride vehicle. That can create multiple sorts of attractions, but two that were on major display were theatrical presentations (immersive experiences of the seas, jungles, and other nature scapes, perfect for places like zoos and aquariums) and thrill rides (featuring giant ride vehicles, upside-down flips, and/or gamified interactions with what’s on the viewscreen), either of which would provide the basis for a theme park attraction. 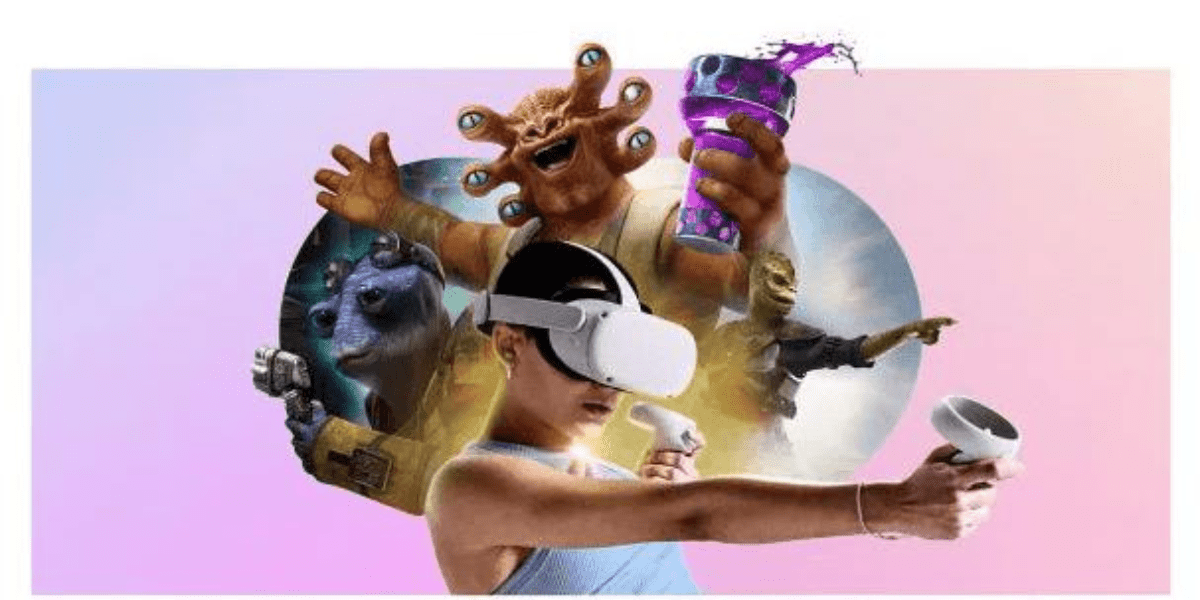 RELATED: Disney Reveals New Character Interactions for Guests With MagicBand+ During the Holidays

Expanding on something mentioned in the previous section, on display at IAAPA Expo 2022 were a variety of full-on rides/attractions, which attendees were able to preview (and of course, hopefully order for their own parks, fun centers, or the like). Though many of these were “flat rides” – the kind that you’d find at traveling fun fairs – others involved a lot of computerized technology, particularly virtual reality.

These rides were able to create a thrilling experience without taking up a lot of space. Using virtual reality in combination with a synchronized ride vehicle creates a fully immersive attraction that doesn’t take up a huge amount of space. Such a small footprint might be appealing to a theme park looking to create new offerings without the need for massive expansion. 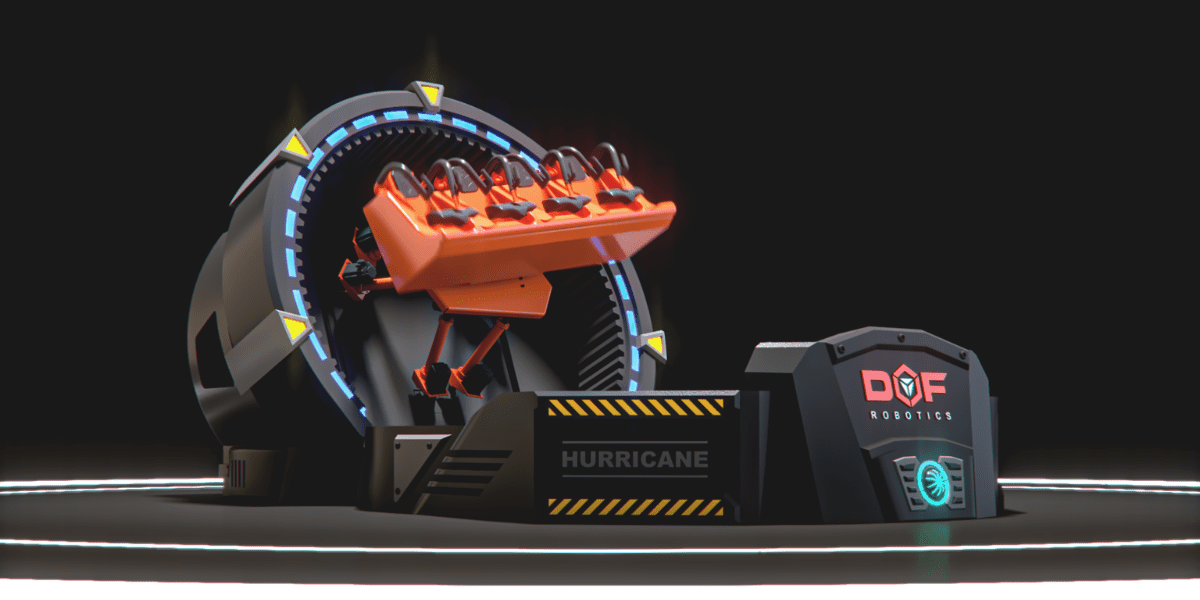 What most of the rides on the show floor were lacking, though, was a bit of polish. The stories were lacking, the visuals very computerized, and the acting left much to be desired. That’s where a Disney or Universal could truly shine, taking these (relatively) low-cost amusement park rides and turning them into themed attractions with VR stories, visuals, and performances that stand up to what can be found at the rest of the top-tier Parks.

Another technology (or, well, technology theory?) fully on display at IAAPA Expo 2022 was everybody’s favorite buzzword – the metaverse! 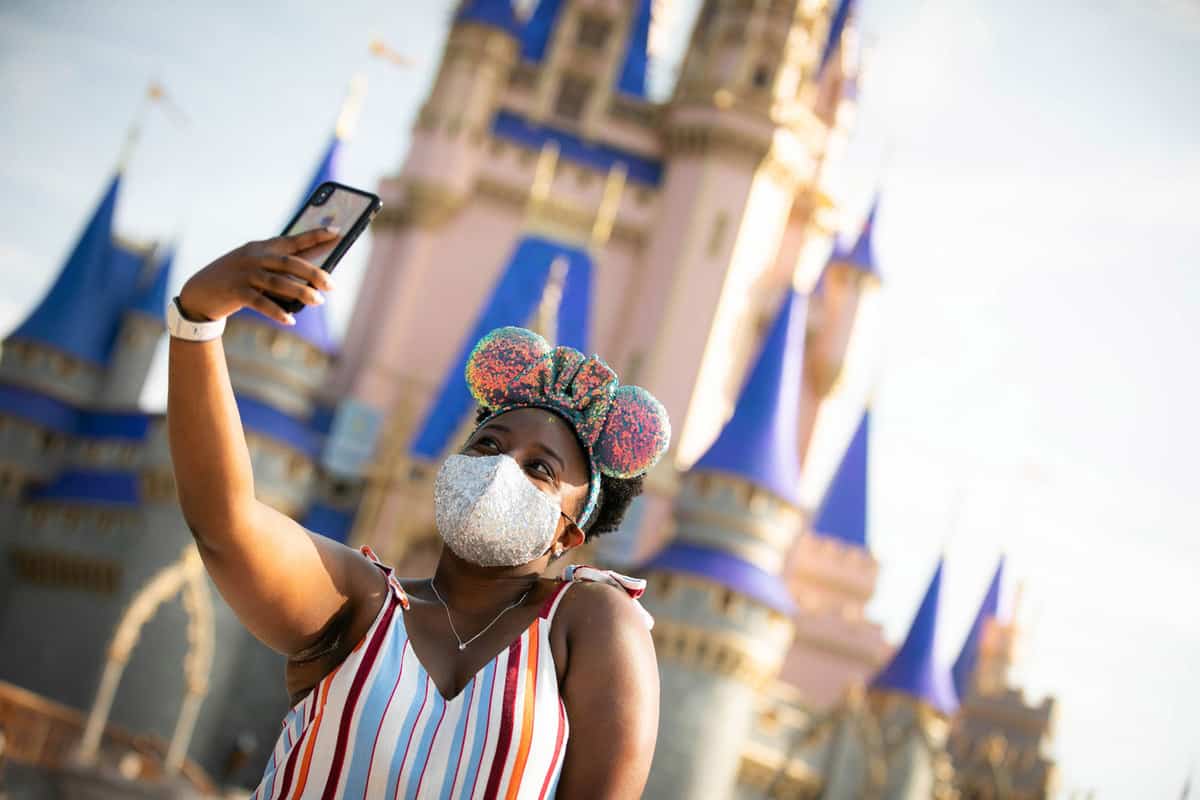 First thing’s first, what exactly is the metaverse? Well, nobody’s quite sure. Heck, an IAAPA educational session titled “Metaverse 101” spent an hour describing that very topic:

Metaverse is the talk of the town. What is this new (is it really that new?) concept that involves augmented reality (AR), virtual reality (VR), NFTs, and Web3? More importantly, why should we care about it in the Attractions Industry? This is an opportunity to familiarize yourself and your business with the metaverse. Find out how it can and will shape the future of the (virtual) world and beyond.

The reason why people in the attractions industry – and fans of Disney and Universal! – should care about the metaverse is because however ill-defined it may be, it’s still a hot topic amongst technologists. And Disney Imagineering research & development is always following those trends in technology and engineering, which means that they’re looking at the metaverse right now and brainstorming ways to apply it to the Disney Parks. 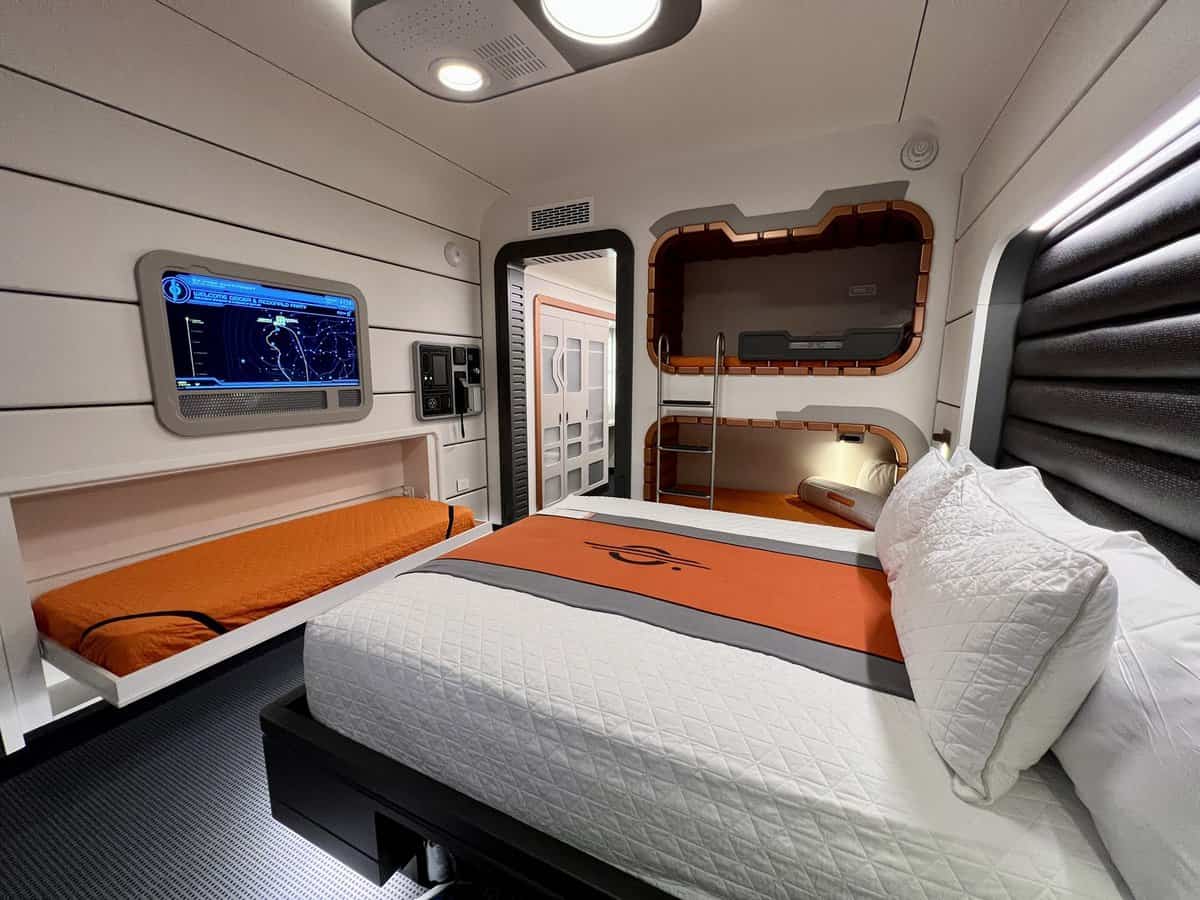 But in the loosest sense of the term, if we think of the metaverse as a layering over reality that allows us to escape into the realm of fantasy thanks to technological innovation, then we’ve already seen the metaverse’s arrival at the Disney Parks. The kind of tracking of Guests’ decisions that are vital to the Star Wars: Galactic Starcruiser experience – and the way it’s then applied to events and interactions in Star Wars: Galaxy’s Edge – is an early form the metaverse taking hold at the Parks. 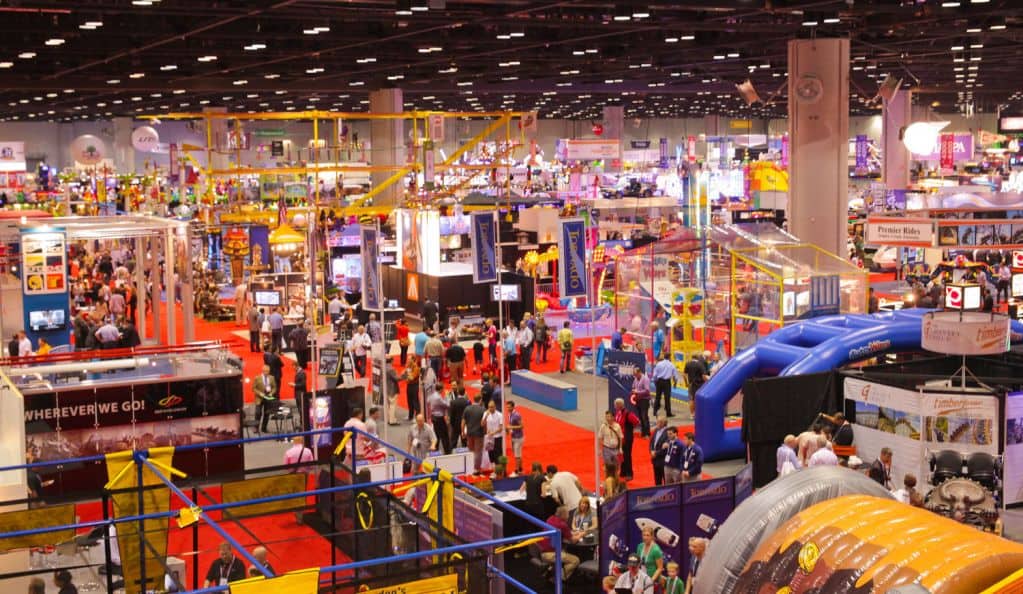 The major trends at IAAPA Expo 2022, then, may not feel totally unfamiliar to Disney fans but do showcase which aspects of the Parks may be a focus of Imagineering – and/or the operations team – in the years to come. Though Disney and Universal have yet to embrace virtual reality and the metaverse in a major way, it’s only a matter of time until the technology evolves a bit further and becomes just another part of the magical experience we love having at our favorite theme parks, amusement parks, and family entertainment centers.

2022-11-24
Andrew Friedenthal
Previous: Don’t Miss The Most Underrated Holiday Decorations in Walt Disney World
Next: Are You A Wader, Swimmer, or Diver? The Three Types of Theme Park Guests Explained