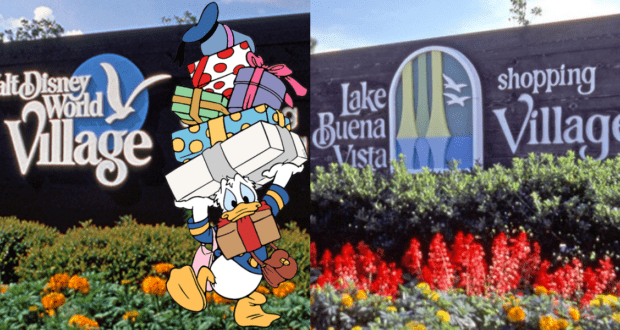 The Story and History of Disney Springs

If you’re traveling to Walt Disney World for more than just a few days, then chances are that at one point or another you’re going to check out Disney Springs. Labeled by the Walt Disney World Resort as “an eclectic mix of unique shops, one-of-a-kind restaurants and lively entertainment” – all under the tagline “Happily Whatever You’re After” – the shopping, dining, and entertainment district nestled on Disney property is free to enter, but just try leaving without spending money on food, merchandise, or a show!

However, Disney Springs is far more than just another Florida strip mall, and it’s worlds away from the kind of shopping you’d find on nearby International Drive. In comparison, it’s practically a theme park! With 102 shops, 66 eateries, and 29 attractions/shows/events (according to the official website), Disney Springs is a destination in its own right, and for some Central Florida locals, it’s a place to visit more often than any of the Disney Parks!

But did you know that, like everything at Disney, there’s a backstory to Disney Springs? And that’s in terms of both its real-world history and the storyline for the district created by Walt Disney Imagineering. Read on to learn the story behind Disney Springs before the next time you go on as shopping (or eating!) spree in this unique locale!

What would one day become Disney Springs originated in 1975 as the Lake Buena Vista Shopping Village which was, as the name suggests, basically just an outdoor shopping district of boutique and handicraft merchandise shops, with a master plan designed to be aesthetically pleasing and create a “harmonious whole.” 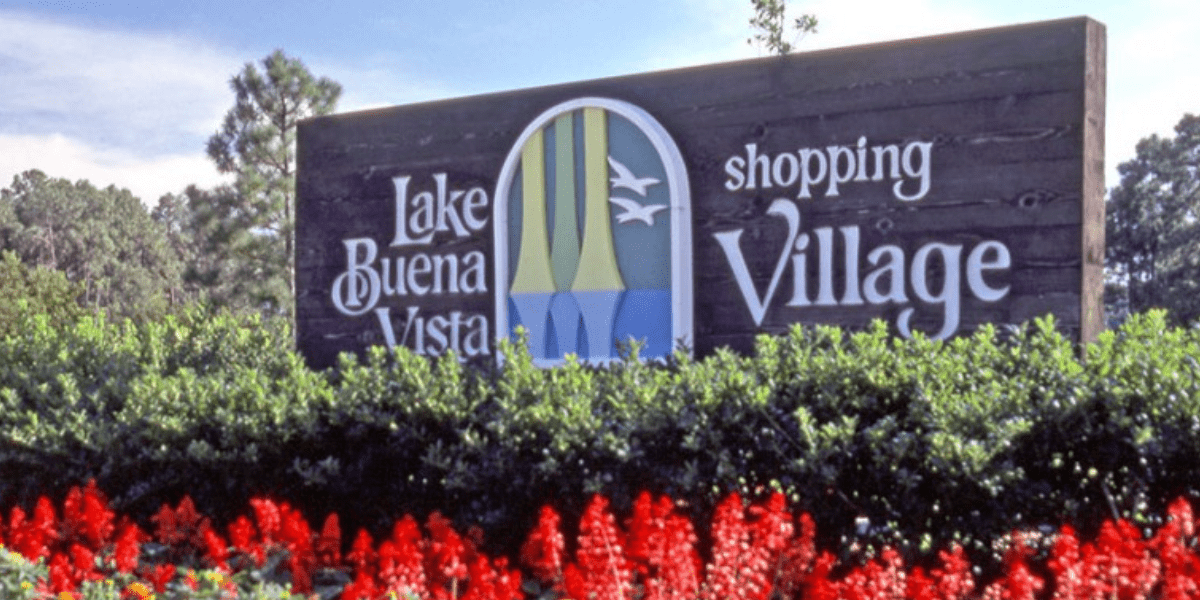 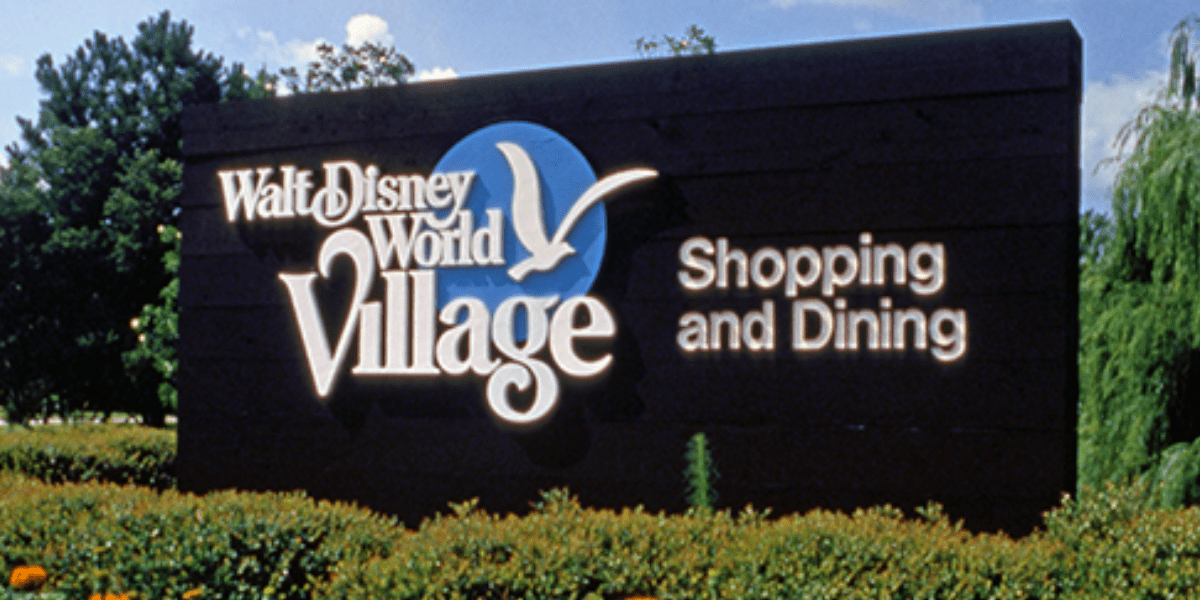 By the late 1980s, before the advent of Universal to the area, downtown Orlando itself was the main competition for Guests’ dollars when they came to visit Disney. Areas like Church Street Station offered restaurants, shopping, and nightclubs that would draw Guests when they weren’t spending time in the Disney Parks. To compete with this trend, the Walt Disney Company management team under Eisner opened Pleasure Island, a nighttime district adjacent to the shopping area that featured dance clubs, a comedy club, nightly New Year’s celebrations, and the immaculately themed (and much-missed) Adventurer’s Club, an immersive bar themed after a pulp-tinged private club for world travelers in the 1930s/40s. 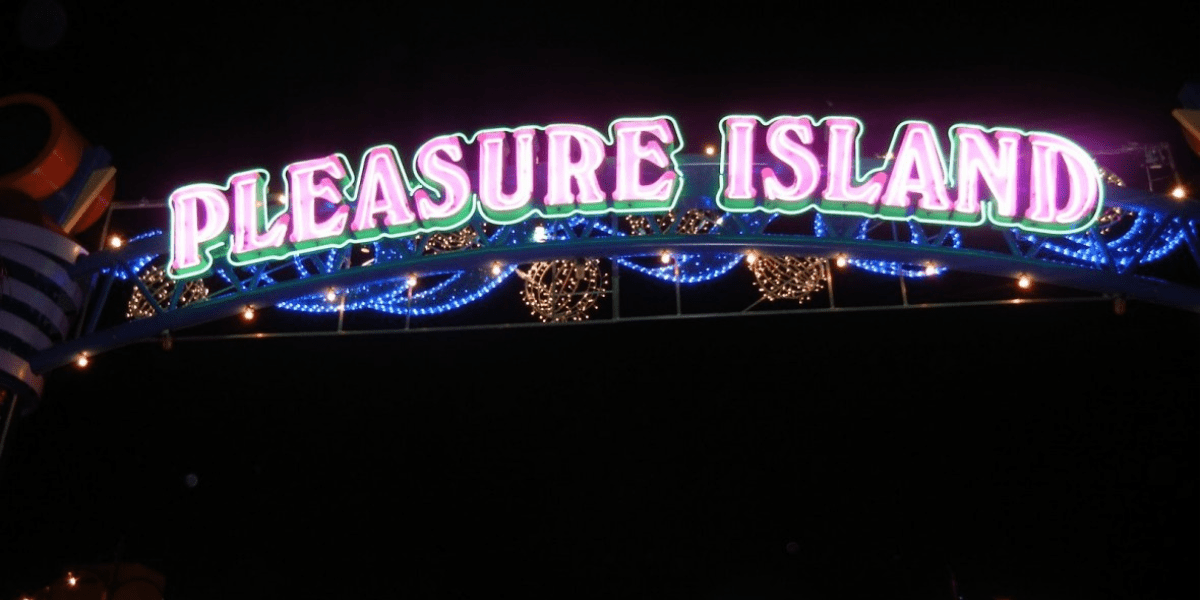 RELATED: 10 Ways Walt Disney World Has Changed in the Past 10 Years

Pleasure Island came with its own intricate backstory, one that extended to virtually every building and club in the area. The story goes that industrialist/explorer Merriweather Pleasure (a Howard Hughes type) who ran his business from the island in the 1920s, with elaborate parties for his employees, until he was lost at sea. Only in the 1990s would Disney rediscover the island and create a nightclub district there in the spirit of its former owner’s many revels.

To differentiate the family-friendly shopping area from the adult-oriented Pleasure Island, Walt Disney World Village was renamed to Disney Village Marketplace (how that differentiates it better, we don’t quite know), and it remained as such until the mid-90s.

As Walt Disney World grew throughout the 90s – with the addition of new Disney Parks, water parks, multiple hotels, and other on-property activities – so too did the opportunity for further expansion of Disney Village Marketplace/Pleasure Island, with the first World of Disney store opening in 1996.

Then, in 1997, Disney Village Marketplace and Pleasure Island were combined into a newly renamed area, Downtown Disney, that also included Disney West Side, an area that combined shopping with a Cirque de Soleil theatre, DisneyQuest, and Planet Hollywood to create a fusion of the two other districts.

By the mid-2000s, though, Walt Disney World was looking to turn back to a purely family-friendly atmosphere, and in 2008 the Pleasure Island Nightclubs closed. For several years, the Downtown Disney district consisted of Disney West Side and Disney Village Marketplace, with an area between them consisting of empty buildings with intricately themed facades. This would remain the case until the mid-2010s. 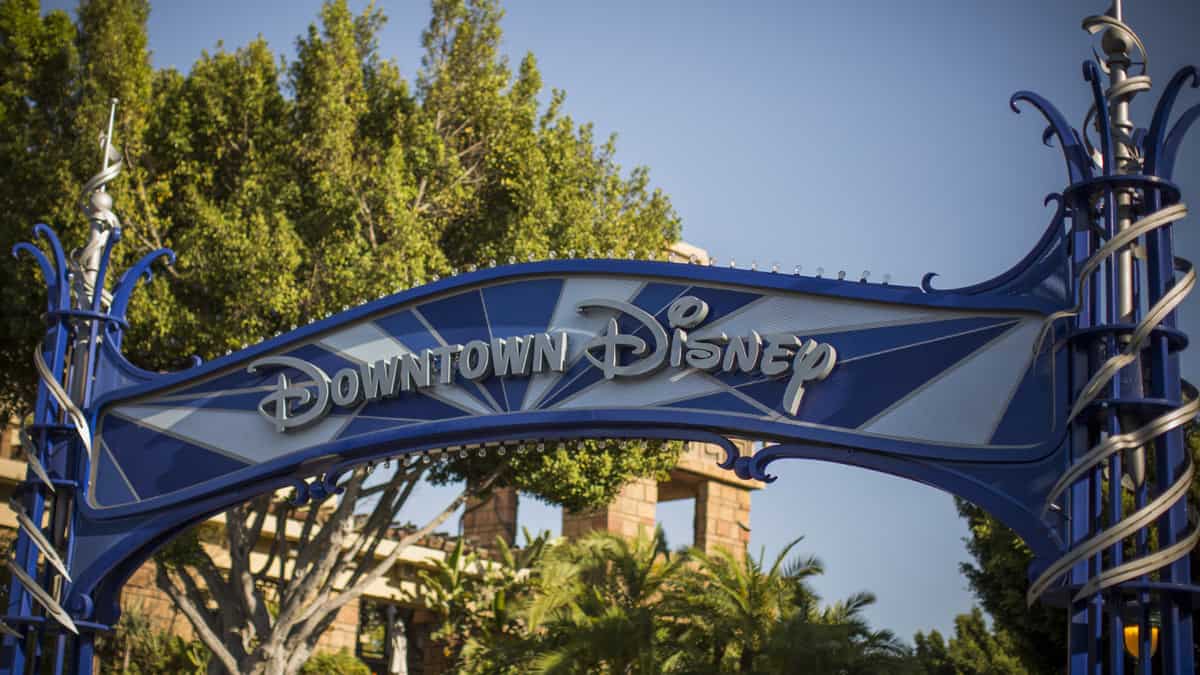 RELATED: Disney Announces Downtown Disney is Getting a Facelift

Disney Springs officially opened in 2015, after a massive construction project that included several parking structures, footbridges to the nearby Saratoga Springs resort, and even a new interstate exit ramp. Marketed to Central Florida locals as much as to Walt Disney World visitors, Disney Springs united the three districts of the former Downtown Disney under one banner, albeit divided into four areas: Marketplace, The Landing, Town Center, and West Side. 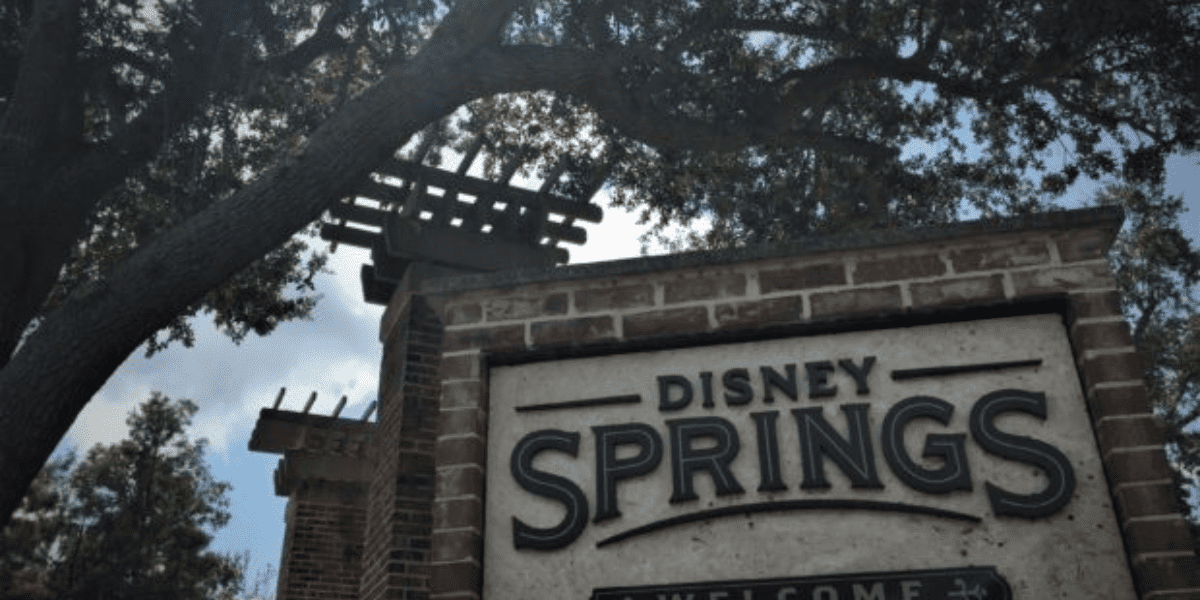 The difference this time, though, was that the four areas are connected by a common backstory. Disney Springs is meant to be a coastal Florida town, inspired by real municipalities such as St. Augustine and Coral Gables. As can be discovered at the D-Luxe Burger restaurant, Disney Springs was founded by the Sinclair family, South Carolina natives who moved to Florida and built a cattle ranch around a freshwater spring.

The ranch, named Glowing Oak, became very prosperous and grew ever larger, attracting numerous ranch hands who came to live and work on the land. As owner Martin Sinclair grew older, he decided to give back to those loyal employees by dividing the land into small plots, which he gave away to them, leaving only the original house in the hands of the Sinclair family. 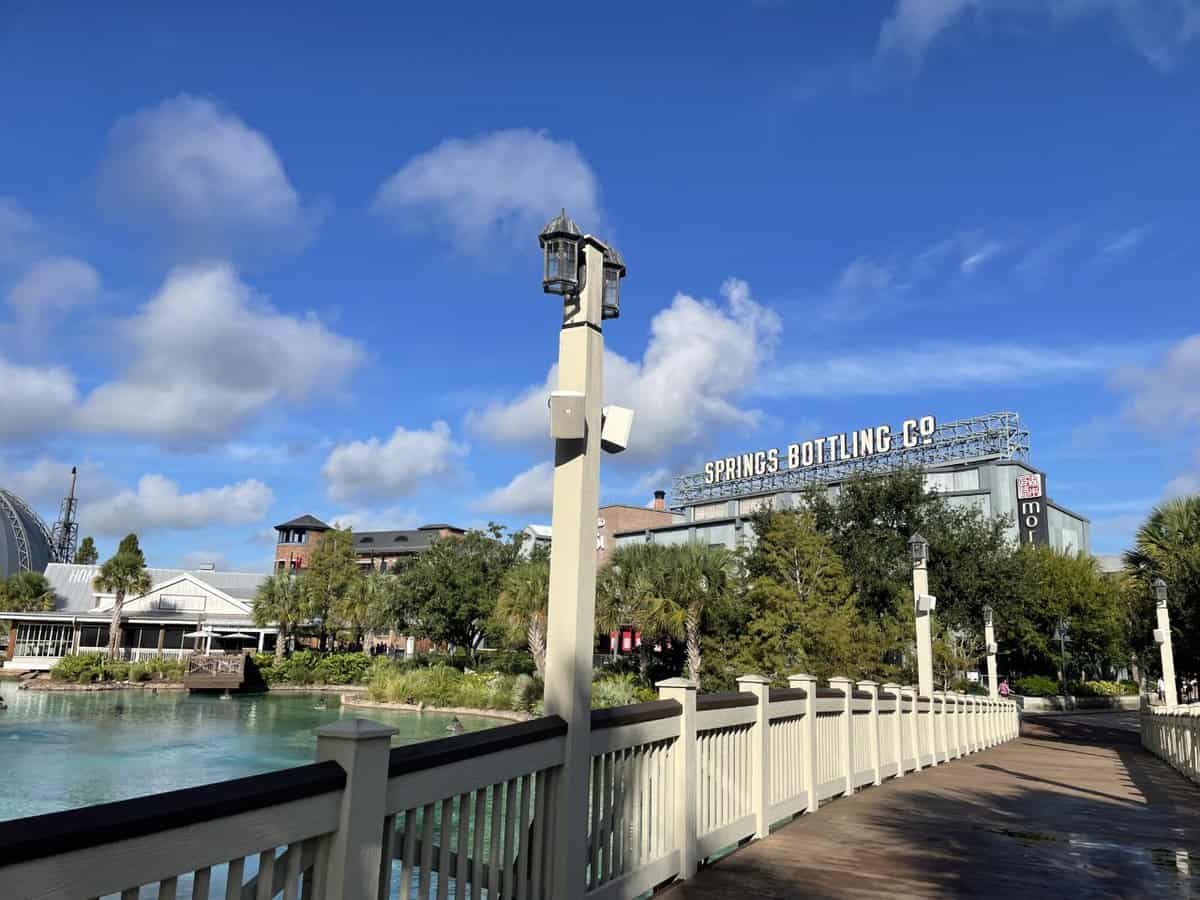 The town that evolved from these many plots of land is what today has become Disney Springs, an area that continues paying forward the spirit of welcoming established by Martin and his family. So hopefully the next time you visit the Springs to visit the Rainforest Cafe or Morimoto Asia (but not the NBA Experience!) you’ll feel a little more welcome yourself and be better aware of the rich history – both real and Imagineered – that surrounds you.