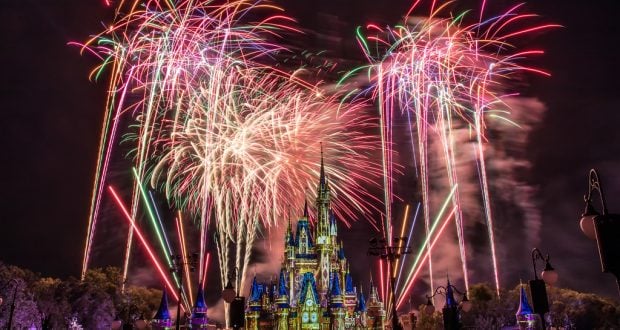 Times When Disney Made Us Sad in 2021

As Walt Disney World fans, we know that changes will happen. Our favorite snack will go away, Resorts will get upgrades, and rides will get adjusted.

Most of the time, we are fine with these changes. We know that change means growth and new experiences.

In 2021 however, there were some changes that Walt Disney World made that we weren’t too thrilled about. We will adjust to these changes, but we need to take a moment to be a little unhappy first. 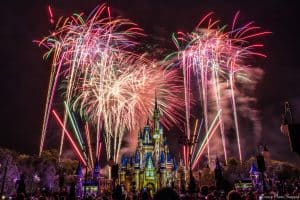 Ending Happily Ever After

With 2021 bringing in the 50th Anniversary Celebrations, we knew that some adjustments would be made. We figured some new nighttime experiences would be coming as well, but we didn’t anticipate losing a favorite show in the process.

In 2021, as part of the 50th Anniversary Celebrations, Disney announced a new nighttime show for Magic Kingdom.

Disney Enchantment would bring even more projections than ever before, along with fireworks and an all new musical score.

We were excited about this announcement, until we learned that Happily Ever After would end for good.

For so many fans, Happily Ever After was the nighttime show that they connected to when spending an evening in the Magic Kingdom. It brought projection mapping to Cinderella Castle like we had never seen before, and the musical score is one that still moves us each time we hear it.

We know that eventually we will have the same emotional connection to Disney Enchantment, but we need some time to miss Happily Ever After first. 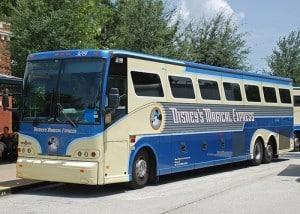 We have appreciated using Disney’s Magical Express on our Walt Disney World vacations, and were disappointed to learn the service would be ending at the end of 2021.

Having a free service to get to and from Orlando International Airport and our Walt Disney World Resort hotel was a big bonus for staying on property.

We liked that we didn’t have to worry about car seats for little ones or navigate driving in the Orlando traffic.

There was something magical about stepping onto the bus decorated with Mickey and friends and knowing you had entered the Disney Bubble.

We understood that it was a huge operation that took a large task force to function, but we are sad to see it go.

Even though there currently aren’t any free options, a variety of different companies have stepped up to provide a similar service. Guests will need to do some research to see what option works the best for their travel party. 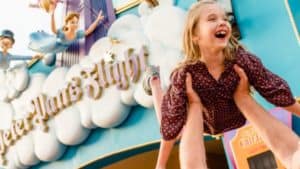 Less Time In the Parks

Another big advantage of staying at a Walt Disney World Resort hotel is that you could spend extra time in the Parks.

When Disney announced that Early Theme Park Entry was back for select Guests, we had mixed feelings.

At first we were thrilled that Early Entry is offered at all four Theme Parks each morning. We like that this gives Guests options on which Park they want to go to and helps spread out the crowds.

When this feature was offered previously, it was only at one specific Theme Park, meaning all Resort Guests that wanted to take advantage of it would be at the same Park.

What disappointed us was that it was only for a half hour compared to the previous hour.

Although a half hour seems like a long time, it doesn’t give Guests a lot of time to accomplish more than one or two rides before the Park officially opens to the public.

We have seen this adjusted during the holiday season as Early Theme Park entry was extended to a full hour, which we hope will continue in the future, especially during busier times.

In the past, Walt Disney World Resort Guests were also given Extra Magic Hours in the evenings.   This has also been adjusted.

Now only those Guests staying at a Deluxe Resort are given access to either Magic Kingdom or EPCOT on specific evenings.

Although this is for an extended time of around two hours, it is disappointing that it is only for specific Resorts.

We understand this is a manpower issue, as it takes a lot of Cast Members to keep the Parks running, but we do hope to see the special hours continue in the future as a bonus for Walt Disney World Resort hotel Guests.

We were probably the most upset in 2021 when Walt Disney World announced Disney Genie+. We knew with the growing crowds and longer wait times that Disney would need to do something, we just wish it wouldn’t cost more money.

We appreciated that FastPass+ was a free service that everyone had access to during their vacations.

Because FastPass+ was free, it is hard to process paying for Disney Genie+. For many families, this is a significant additional cost if they don’t want to wait in long lines. At $15/day/person, a family of four pays an additional $60 per day. That doesn’t include tax.

We are still learning when Disney Genie+ is and isn’t needed in the Theme Parks, which will help save some money, but for now, we are adjusting to the additional costs.

We love Walt Disney World and how it is constantly growing and adjusting. By doing this, we have new and exciting experiences to look forward to each and every trip.

Sometimes, though, these changes take us a little bit longer to jump on board with, and that’s okay. We know that eventually we’ll see the magic they all offer.