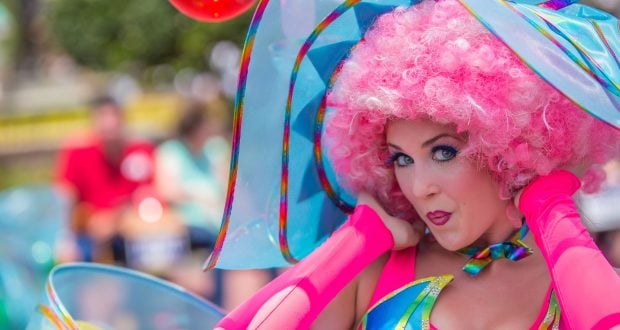 Vacation planners are the cast members you encounter at the ticket booths at the entrance to each of the theme parks. While selling tickets might not outwardly seem like the most exciting job, these cast members actually have a very important role in planning your vacation, and they take pride in knowing how important their knowledge of Disney tickets is to you having a good time. They’re also some of the first members you’ll encounter on your vacation, meaning that they (along with concierge/front desk, magical express drivers, and transportation and parking cast members) have the special honor of being among the first to welcome you to Walt Disney World.

While you may think of merchandise cast members as ordinary retail employees, the retail side of Walt Disney World is so much more exciting than any retail job you might have had at the mall. Not only can merchandise cast members pick up shifts in almost any location (depending on their training credentials) but they also get to “merchantain”—basically entertain guests with merchandise. Working merchandise in Disney is so different from any other merchandise job, as you do have some basic functions you need to know (basically the POS system) but most of your time is spent creating magical experiences for guests.

A monorail pilot is just one of those jobs that looks super fun and is so classically Disney. Most Disney fans love the monorail, and see it as an integral part of their Disney vacations. As a result of these thoughts, a monorail pilot just seems like it would be one of the more exciting jobs. Not only do these cast members get to greet guests on their way in and out of different parks and resorts, but they’re also able to drive the monorails on Disney’s famous “highway in the sky.”

There are a couple of reasons why I think being a parade performer would be one of the most exciting jobs at Walt Disney World. One reason is that they really get to experience the magic that surrounds guests during parades for each of their shifts. Parades, like the fireworks, are one of those instances where cast members become extremely grateful for what they do. Those times when you can clearly see the happy emotions and on guests faces can make you very thankful that you’re a cast member and you’re able to create these kinds of magical experiences for guests every time you go to work. This job also sounds like it’d be a lot of fun because not only do these performers get to be in the parade, but they also get to perform alongside some of your favorite Disney characters.

One role that can fall under the responsibility of a recreation cast member can be running poolside activities. This kind of responsibility sounds like it’d be exciting because every day is really a party. These cast members host games by the pool, such as water balloon fights, and Disney trivia competitions.

Custodial hosts and hostesses have a really fun job because they have a lot of freedom to wander the parks and add some extra magic to guests’ days. While they are responsible for the basic upkeep of the parks during operating hours, they’re also responsible for providing excellent guest service and creating magical moments for guests as they walk around the parks. One of the coolest things about being a custodial cast member is having the opportunity to draw Disney characters with a broom and water in the parks, and depending on their locations, the ability the watch fireworks and parades.

The level of excitement that an attractions host or hostess can experience really depends on their specific work locations, however some attractions cast members do end up having really exciting jobs. Working in attractions is one of the most interesting ways for cast members to make Disney magic and become part of the story. Some attractions allow cast members to spiel and fully create a magical experience for guests, and others allow them to really get into character and add some extra magic to the stories that guests are immersed in at Disney attractions.