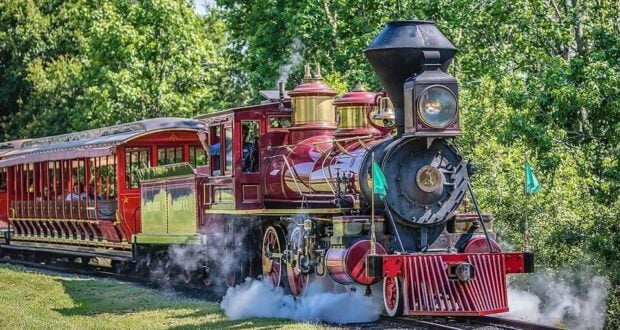 The beloved Walt Disney World Railroad (and its magical whistle) is a beloved attraction at the Lake Buena Vista Resort, taking Guests on a nostalgic grand circle tour of the Magic Kingdom Park.

Sadly, though, the Disney World Railroad has been closed since December 2018 to construct the upcoming TRON attraction in Tomorrowland, three years into what will reportedly become a six-year-long closure at Magic Kingdom. Initially closed for the construction of TRON Lightcycle Run in Tomorrowland, it will now remain closed long after the new ride debuts, with no reopening date yet announced.

Now, however, we have some updates on the ongoing refurbishment of the Railroad, with some new photos showing track construction near the TRON site. 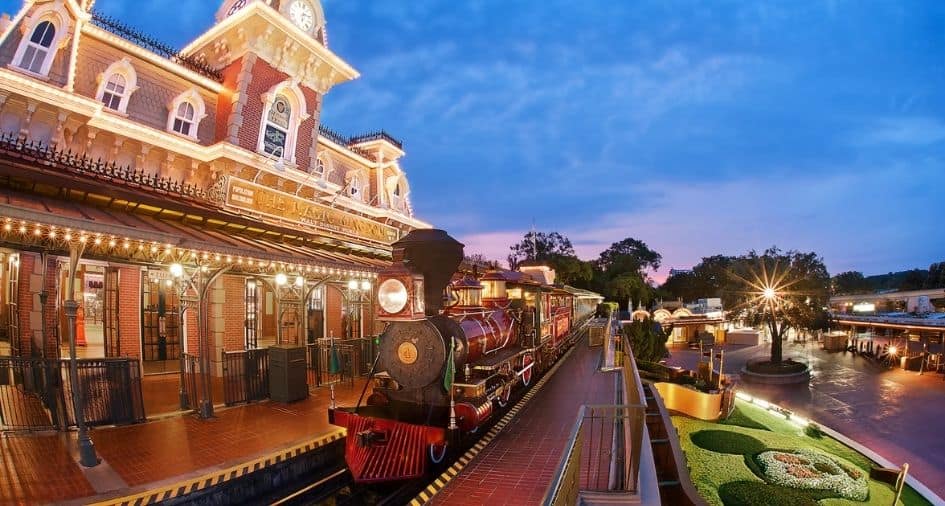 The infamous new Walt Disney World attraction TRON Lightcycle Power Run has taken longer to build than the Magic Kingdom Disney Park itself. Construction began on TRON in February 2018, with Disney optimistic that the eagerly-awaited attraction would be open in time for Walt Disney World Resort’s 50th Anniversary celebration, which began on October 1, 2021.

Testing of the ride vehicles and the track has begun on TRON, but looking at the construction site from the Tomorrowland Transit Authority PeopleMover, 2023 is seeming more like an opening year for TRON at Magic Kingdom.

With that, Twitter user @bioreconstruct shared a photo from the TRON Lightcycle Run construction site on May 14, showing partially completed railroad tracks adjacent to the queue area for Space Mountain in Tomorrowland:

Starting to replace steam train tracks between Tomorrowland and Storybook Circus. Crushed stone is in a nearby car. Rails are raised in preparation for ties. Concrete area is the Space Mountain queue tunnel.

Starting to replace steam train tracks between Tomorrowland and Storybook Circus. Crushed stone is in a nearby car. Rails are raised in preparation for ties.

It’s exciting to see some updates from the Railroad, especially in seeing Disney Imagineers work to replace the train tracks between stations.

Disney has been working hard on repairing and restoring the Walt Disney World Railroad to its magical best. Though parts of the track have been replaced and moved, the train stations in Frontierland, Fantasyland, and Main Street, U.S.A. will remain the same.

With the track around Magic Kingdom unusually quiet, Guests have recently been treated to the sights and sounds of the trains testing on their visit to the theme park. Disney Tips will keep you updated on any further news regarding the reopening date of the Walt Disney World Railroad.