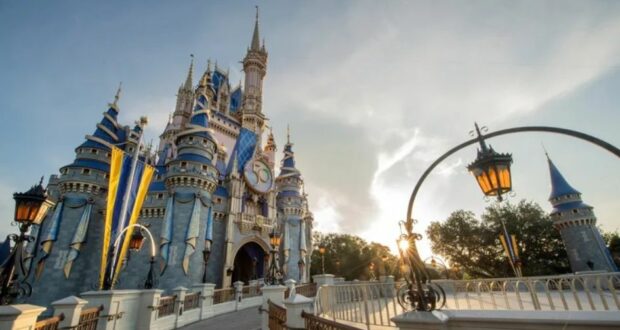 Imagine planning months for a Walt Disney World Resort vacation only to have it end with news that your home country has been invaded.

With Walt Disney World celebrating its 50th Anniversary, several Disney Park fans are visiting to enjoy the festivities with new and returning experiences. One Ukrainian family of four planned their visit to the Parks for a memorable family vacation.

During their theme park visit, however, Russia invaded Ukraine, the family’s home country, leaving the family unable to go home because of the war.

Iryna’s husband made the decision to fly back to Ukraine to fight in the war against Russia, while Iryna and her two children are staying in the United States, living day to day with the help of strangers.

Currently, the mother and her children are waiting to apply for temporary protected status as they are residing with a Windermere family that offered housing through social media connections.

With the uncertainty of how long the family may be remaining in Central Florida, the children have been enrolled in the Orange County Public Schools with volunteers working to help with clothing needs and school supplies.

Despite the horrible news of Russia continuing to invade Ukraine, we have seen several inspirational moments such as this one come out of the crisis.

It wasn’t long ago a young child sang the Disney song, “Let It Go” in a bomb shelter in Ukraine. We’ve also seen the popular Disney Chef José Andrés (owner of JALEO at Disney Springs) in Ukraine feeding the many displaced refugees due to the Russian invasion. Disney was even the first movie studio to take action again Russia.

If you’re looking for a way to help this Ukrainian family, you can visit WFTV 9 for ways to support the Lyubobetskain family during this time of uncertainty.

2022-03-25
Jamie Sylvester
Previous: VIDEO: Dapper Dans Impress with Popular ‘Encanto’ Song
Next: The Thing At Disney World That “Stares Into Your Soul”