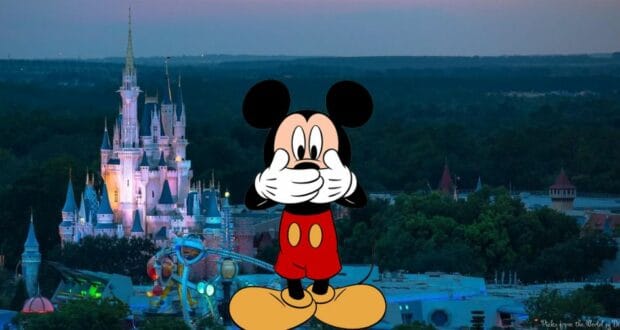 Unpopular Disney Opinions We Hope You’ll Forgive Us for Sharing

Ok, let’s get real, Disney fans! We all have our favorite attractions, Disney experiences, food, merchandise, Disney Parks… and the list goes on. But have you ever heard Disney fans praise something at Walt Disney World Resort that makes you cringe? Well, here’s our list of a few unpopular Disney opinions that we hope you’ll forgive us for sharing.

Let’s go right ahead and start off with a big one! Magic Kingdom Park is THE classic Walt Disney World Park that everyone should visit at least one (or a hundred!) times in their lifetime. But, one land within the Park needs a makeover.

Despite Disney fans flocking to Jungle Cruise and Pirates of the Caribbean, there are several attractions in Adventureland that simply take up space. The Swiss Family Treehouse is dated, The Magic Carpets of Aladdin is a Dumbo replica, and Walt Disney’s Enchanted Tiki Room is nostalgic but basically a stop for air conditioning.

There is SO much space in Adventureland that it simply makes sense for Disney to overhaul this portion of the Park to create a land Guests will be eager to explore.

We all know and love the Beauty and the Beast (1991) song “Be Our Guest” with its popular line, “Try the gray stuff, it’s delicious…” But have you ever actually tried the gray stuff at Magic Kingdom’s Be Our Guest Restaurant? To put it plainly – sorry, Lumiere – It’s not delicious.

Alcohol Should Be Sold Wherever at Magic Kingdom

And while we believe a Disney Park Guest should never go overboard on drinking with Disney’s family-friendly focus, we would love to have a tasty alcoholic Dole Whip, for example, while strolling through Magic Kingdom Park.

Ok, so putting your child on your shoulders can be cute at certain times, it’s especially irritating when someone thinks to put their child on their shoulders during a stage performance or nighttime spectacular. A 6-foot tall man or woman because a 9-foot obstruction to everyone behind them trying to watch or experience the same show.

We’re feeling nostalgic here. Remember the “good ole days” of Downtown Disney? The now named “Disney Springs” was once a highlight of a Disney vacation. Small crowds, excellent dining venues, and easy shopping made this a great experience.

Now that Disney Springs has boomed with growth and popularity, the experience is no longer pleasurable but a rather a crowded field of people to navigate through.

We’ve seen people purchase special-event tickets such as Mickey’s Not-So-Scary Halloween Party at Magic Kingdom and stand in line for almost three hours to get merchandise. You paid $200 for a 5-hour event and stand in a merchandise line for half of it to just go ahead and spend more? It’s perplexing, to say the least!

The My Disney Experience App Is Exhausting

It really is. If you’ve been to Walt Disney World Resort recently, you understand that having the My Disney Experience App is necessary. From wait times to Disney Genie and Lightning Lane selections, mobile ordering, and merchandise check out… EVERYTHING is done in this app.

Sometimes on a vacation, we just want to detach and pull out our phones as little as possible. Sadly, this isn’t the way of Walt Disney World at the present time, with that handheld technology an absolute must to get the most out of your day.

Oh, yes… the ever-so-popular Turkey Leg! It’s very common to see the Disney food staple known as the Turkey Leg being carried around by multiple Guests throughout a Disney Park day.

Our unpopular opinion is that it’s just too much. Too awkward to hold, greasy, and not especially tasty. We say pass on the Turkey Leg and go for something like the iconic Mickey Ice Cream Bar or Dole Whip instead.

Disney Transportation Is No Longer a Perk

Bus and boat lines are extremely long. The Monorail breaks down way too often. And the newer Skyliner transportation doesn’t operate in Florida’s stormy weather. It just seems like recently, Disney transportation is no longer a perk but rather a headache to navigate.

We LOVE (truly adore) Splash Mountain. The Magic Kingdom water ride in Frontierland is a family favorite. We understand why Disney fans are nervous about the overhaul coming to the attraction in late 2024 when Splash Mountain will become “Tiana’s Bayou Adventure.”

While we personally wish Disney would give Princess Tiana her own attraction instead of overhauling a classic one, SOMETHING needs to happen with Splash Mountain. Animatronics are broken. Ride boats are regularly sinking. We’ll miss the nostalgic Splash Mountain theme but are eager to see the attraction back in working order even if it requires a retheme.

Buying Balloons Is Not a Waste of Money

Is spending $15 on a Mickey balloon a waste of money? Well, we think not. If the Disney budget is tight, then yes, we understand why someone would want to use that $15 to buy a small quick-service meal instead.

RELATED: Don’t Pop It! The Trick to Flying Home WITH a Disney Balloon

But, honestly, the joy a balloon brings to a child is completely worth it. Plus, you’ll have an easy way to spot your stroller in the large stroller parking lots! Winnie the Pooh said it best – “Nobody can be uncheered with a balloon.”

Forgive us if you disagree with these unpopular Disney opinions! We love sharing our thoughts and hope you comment along on our Facebook page with yours. Keep smiling, Disney fans!