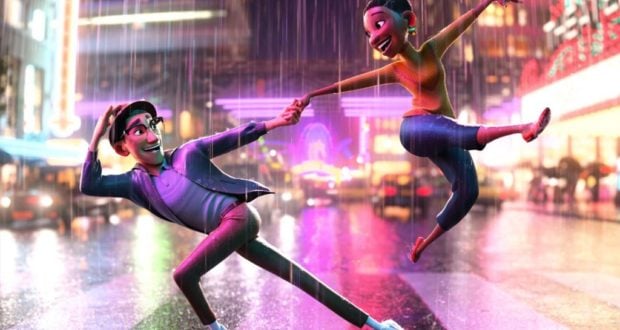 “Us Again” Coming To Disney+ Soon

Disney+ subscribers can look for Us Again to be added on Friday, June 4th. This short was released with Raya and the Last Dragon in theatres back in March; however, both will be joining Disney+ early June.

“Us Again” is short that is sees a elderly man and his young-at-heart wife live out their passion for life for one magical night together. “Us Again” is told entirely without dialogue and set to an original funk and soul musical score reminiscent of the mid-60s.

When talking about this short director Zach Parrish says, “From the very beginning, I knew that I wanted this film to be music driven. And I felt that dance is a universal language that can translate into any culture. I loved that their dance style felt like it was made for animation, and that there was this genuine, honest and organic connection between them because they were actually a married couple in real life. The story itself was inspired by my own grandparents, who faced getting older in different ways, along with my own physical limitations in playing sports resulting from getting older and injuries. I started thinking about how someone might look at the world differently as things change and they grow older.”

Are you excited to see this moving short?