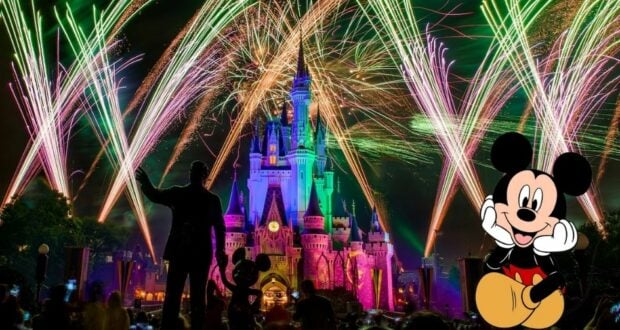 “When you wish, upon a star, Makes no difference who you are, Anything your heart desires will come…to…you…”

Take a journey with us into Disney nostalgia. It’s hard to believe but it has been FIVE years since we said our final goodbye to what has been deemed Walt Disney World Resort’s best nighttime spectacular ever. Of course, you all know it… Wishes.

“Wishes: A Magical Gathering of Disney Dreams” was Magic Kingdom’s nighttime spectacular that debuted on October 9, 2003, and held its final performance on May 11, 2017. Its nearly 14-year run was a memorable one for Disney Park Guests of all ages.

The nightly show was hosted by Jiminy Cricket and the Blue Fairy with the theme of wishes from beloved Disney Characters and even evil Villains pulled from the many Disney animated films. The lighting patterns on the iconic Cinderella Castle would change, adapting to the incredible “Wishes” soundtrack.

As the fireworks erupted, Disney fans stood in awe as the story of good and evil wishes unfolded, eventually ending in inviting Guests to “dream a dream” of their own.

The show was replaced on May 12, 2017, with Happily Ever After. While Happily Ever After hung in there until it too was replaced by the new Disney Enchantment which debuted on October 1, 2021, for Walt Disney World Resort’s 50th Anniversary, neither nighttime spectacular has seemed to measure up to the magic Wishes offered.

Alas, Disney fans, let’s take a stroll down memory lane, shall we? Grab the tissues, your loved ones, and sit back and remember the timeless “Wishes” nighttime spectacular we’ll never forget!

Today, you’ll still hear Wishes played at Magic Kingdom Park on rare occasions after the Park’s operating hours. Just recently, Wishes was heard during a Cast Member after-hours event and private party/wedding receptions. Now, if we can just convenience Disney to bring them back for good!