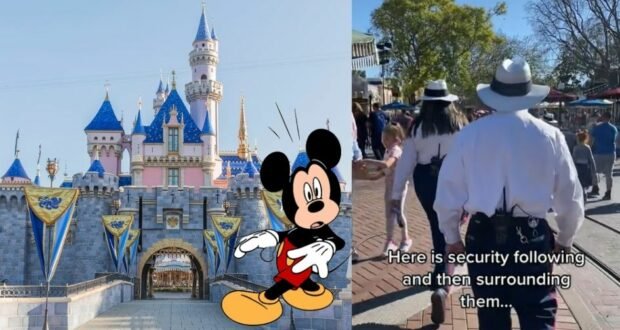 VIDEO: Guests Attempt to Sneak Into Disney but Don’t Make It Far

You never know what will be caught on camera next when it comes to the Disney Parks! Sometimes the story is sweet and uplifting such as the video of a family surprising their 70-year-old Mom on her birthday at Walt Disney World.

Other times, Guests break all the rules and decide to do their own thing such as the duo that took a smoke break in a restricted EPCOT area. And now… well, a few women thought it would be a good idea to sneak into Disneyland Resort.

If you’re going to Disneyland, one must be well aware first you need a Park ticket along with a theme park reservation. A group of people decided to do their best to get in without one but didn’t get very far thanks to Disney Security.

@themeparkmom took to TikTok to share the “wild” story as she witnessed Cast Members at the Disneyland turnstiles entrance yelling for security. Apparently, a group of girls entered through the Disney Park exit and made a dash down Main Street, U.S.A. Check out each video in the three-part series below.

In the first video, @themeparkmom explains what she believes happened with the note, “People are wild!! Listen for more… I can’t believe anyone would do this.” Here’s the first video:

@ThemeParkMom‘s second video actually shows the group that snuck in along with Disney security moving in behind them and escorting them away. She notes, “This has been a wild story… they ran through the exit and then got caught about 30 minutes later.” Here’s the video below:

In the “Part 3” video below, @ThemeParkMom provides details on what a Cast Member informed her was happening with the family when they were taken behind doors. The Cast Member also clarified that there were four girls total that tried to sneak in, but the kids were not part of the initial group that tried to enter through the exit. Here’s the part 3 video:

Thankfully, the Anaheim Police got involved.

DisneyTip #1… don’t try to sneak into a Disney Park, or any theme park. It simply won’t end well!

2022-02-07
Jamie Sylvester
Previous: How Your Home Décor Can Be Inspired by Disney Restaurants
Next: “Have Mercy!” John Stamos’ Wife Made Him Dress as Stitch for Disney Visit