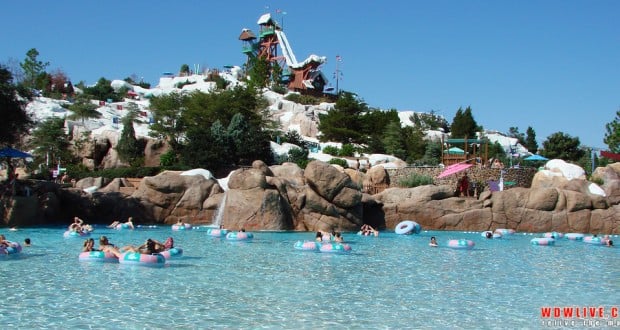 Disney has announced that Disney’s Typhoon Lagoon and Disney’s Blizzard Beach at Walt Disney World will both be closed Wednesday, March 15th and Thursday, March 16th due to reports of cold weather coming to the Central Florida area.  The weather is expected to be in the mid 60’s for the high and in the low 40’s for the lows on those days.  Due to the cooler temps the water parks will be completely closed and are currently planned to re-open at 10AM on Friday, March 17th.

Disney’s Typhoon Lagoon had just re-opened on Sunday, March 12th after a long refurbishment that included the opening of a new water raft ride, Miss Adventure Falls.  The water parks typically close when the temperatures are expected to be too low to be comfortable.  Many of the pools and some attractions are heated, but moving from attraction to attraction could be quite chilly.  Disney keeps guest safety in mind as well as the operational costs.  If guests avoid the water parks on cold days, they are losing money having the water parks open and could save on those costs.

As always, we will keep you posted about any changes we learn with this schedule and the weather forecasts.  How cold do you think is too cold to be at a water park?