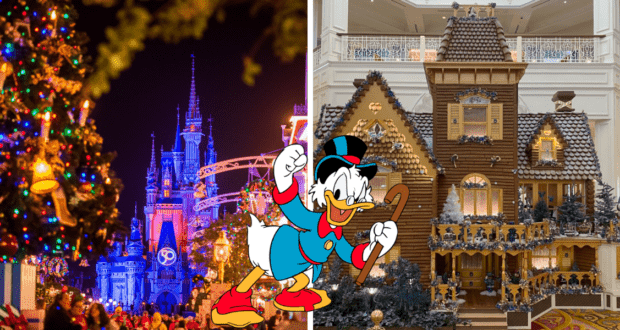 The first few days of November have brought plenty of festive additions to the Walt Disney World Resort. One of the most highly anticipated times of the year in the Disney Parks is finally here. There really is no place like home for the holidays!

Since midnight on November 1, more Christmas decorations have appeared in the Disney Parks and Resorts each day. Magic Kingdom Park and Disney’s Hollywood Studios are very much ready for Christmas, with practically all of the Holiday decorations in place. Whilst EPCOT is still yet to be decorated for Christmas, it won’t be too long left to wait, seeing as we have now entered the last couple of weeks of the International Food and Wine Festival. Christmas decorations are also starting to appear in Disney’s Animal Kingdom, and will continue to do so to prepare for the Holiday season and Merry Managerie to arrive.

The Disney Resort hotels are also being prepared for the Holiday season, and we finally have news on the confirmed gingerbread displays that Guests will be able to admire through November and December. Let’s take a look at those that are confirmed and those that will still be missing from the Walt Disney World Christmas decorations this year.

Two of the largest gingerbread displays are already available to be admired as part of the Disney Christmas celebrations in the Walt Disney World Resort.

The famous gingerbread house in Disney’s Grand Floridian Resort & Spa is almost complete, and will be open for Guests to purchase goods, from November 9. 2022 is the 22nd year that the gingerbread house has featured in the lobby of the Walt Disney World Resort hotel. This year’s color scheme compliments the 50th Anniversary celebrations perfectly, featuring purple, blue and gold accents. Additionally, there will be 25 hidden Mickey’s for Guests to spot amongst the fine detailing of white chocolate, candy canes, edible snowflakes, and sugar poinsettias. We highly recommend buying a treat or two from the Grand Floridian gingerbread house, whilst you are visiting. 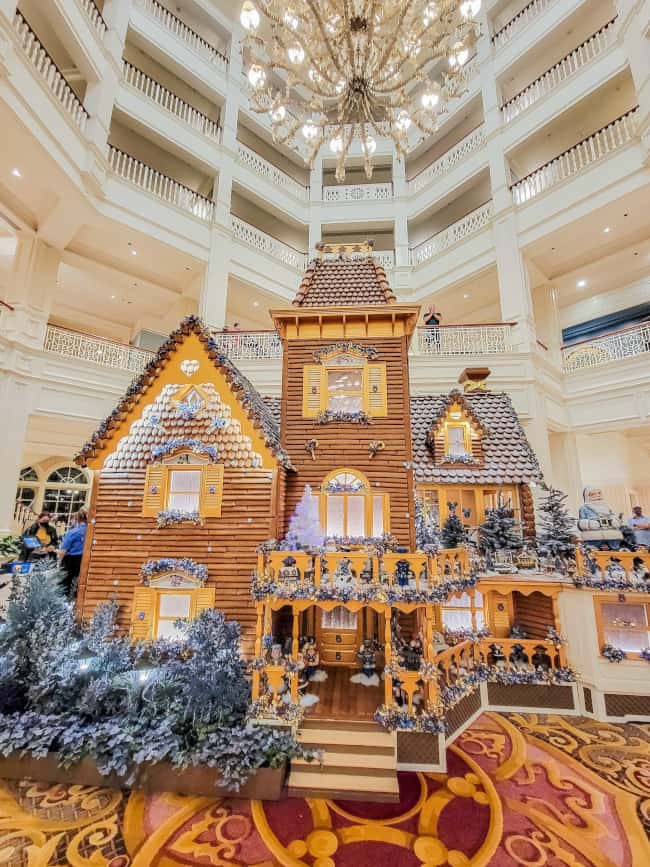 In the lobby of Disney’s Beach Club Resort, the life-sized gingerbread carousel has taken center-stage, and is a visual masterpiece. Returning for the 22nd year, the horses that feature on this year’s carousel celebrate five of the Disney princesses: Tiana; Belle; Snow White; Elsa; and Jasmine. Made from chocolate, sugar and fondant, as well as gingerbread, the carousel features snowflake and poinsettia details. The miniature Cinderella Castle finishes the top of the carousel perfectly. Be sure to buy your very own gingerbread shingle from the lobby of the Disney Resort, as well as other tasty treats too. 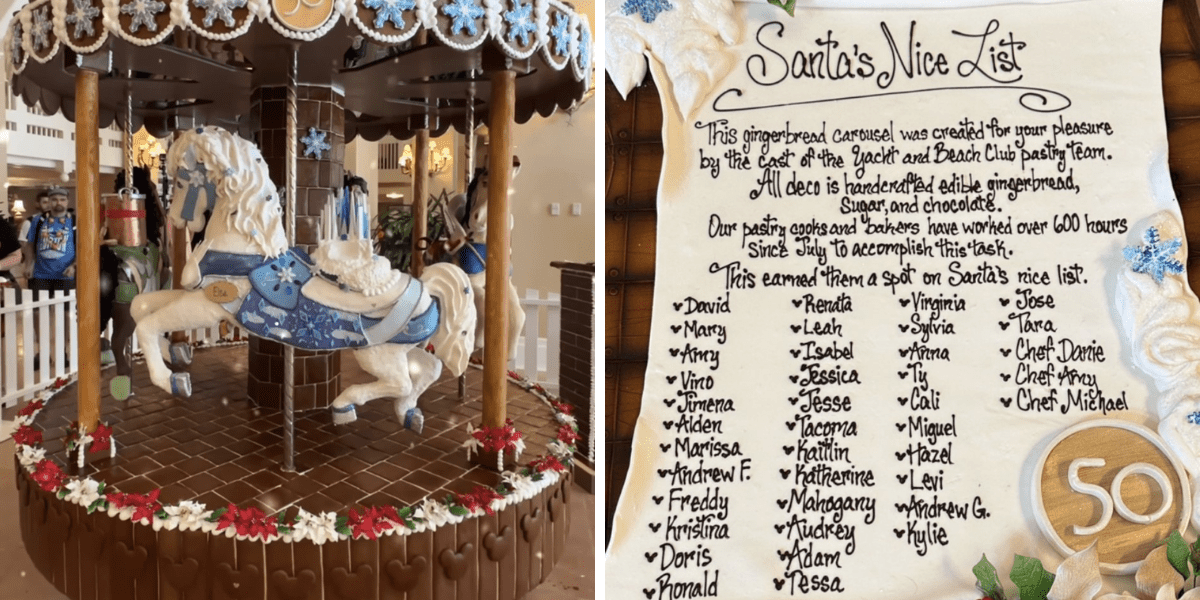 Other Gingerbread Displays To Feature in 2022

Additionally, there will be five gingerbread displays to see around Walt Disney World this Holiday season.

Returning to Disney’s BoardWalk Inn on November 17, will be a miniature version of the BoardWalk Deli, a favorite spot that is located on the shores of Crescent Lake. Be sure to stop by, to admire the details that will feature on this incredible creation. There will be several new Christmas treats available to purchase at the BoardWalk Inn gingerbread display, including sugar and gingerbread cookies, marshmallows and Carnival Bark. 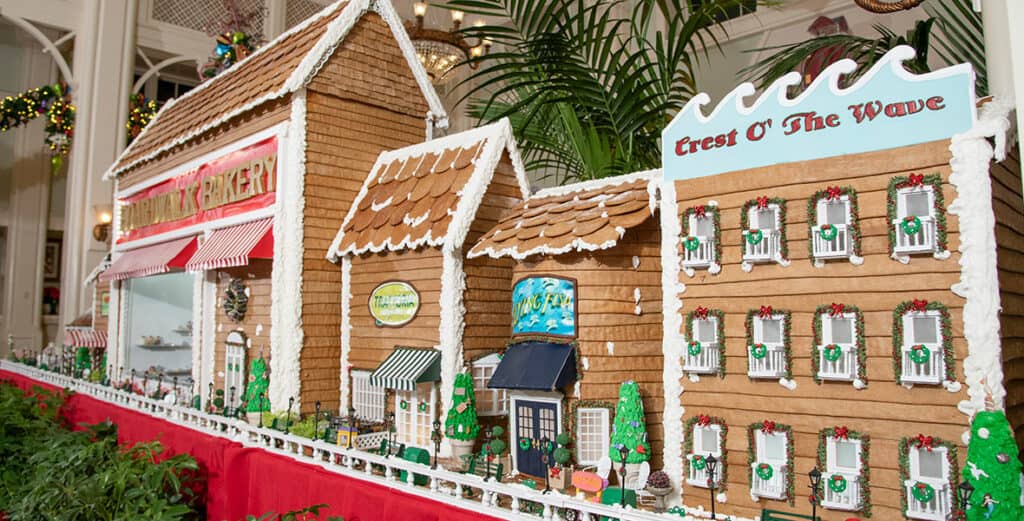 The Cinderella Gingerbread Castle will be returning to Disney’s Contemporary Resort for the 11th year, and will open on November 11, at 11 a.m. (don’t forget to make a wish!). Created by the Contemporary Bakery team, this year’s display will feature 50th Anniversary details, and 11 hidden 5-legged goats. Guests will be able to purchase holiday specialities and limited-edition pins, mugs and ornaments whilst visiting the display. 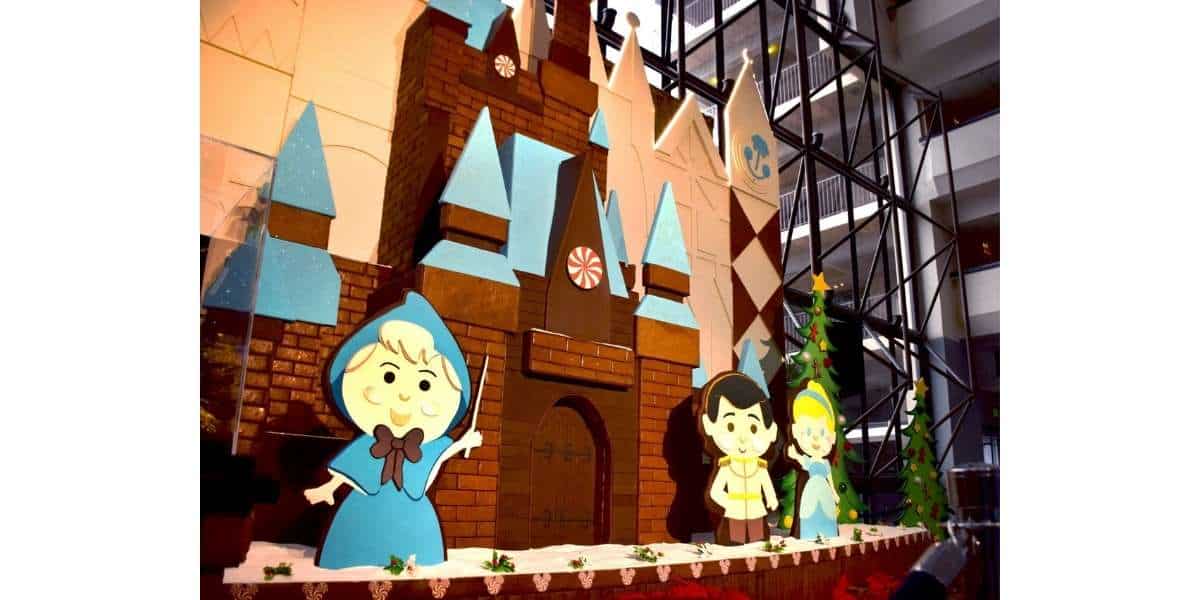 The gingerbread displays extend into the Disney Parks this year, with a display in The American Adventure in World Showcase at EPCOT. Guests can view a unique display of classic monuments made from gingerbread, beginning November 25, when the International Festival of the Holidays begins. We recommend stopping by before joining the line for Candlelight Processional.

We can’t help but notice thought that there is one gingerbread display that is missing from this year’s line up. Disney’s Wilderness Lodge Resort is known for its stunning Christmas decorations, including the incredible Christmas tree that occupies the center of the grand lobby. It would seem though, that this year, the beloved gingerbread cabin that debuted in 2019, won’t feature as part of the Disney Resort hotel’s holiday decorations this year.

This comes as a surprise, given that the Disney Pin Trading gingerbread collection includes a limited edition pin for Disney’s Wilderness Lodge. The 3000-edition pin features the Resort’s mascot, Humphrey the bear, in front of a log cabin gingerbread house. The design sounds familiar to the 2019 log cabin that also featured Humphrey. Whilst the cabin was only for display purposes during the 2019 display, it added a little extra magic to the other beautiful season accents that featured in Disney’s Wilderness Lodge. 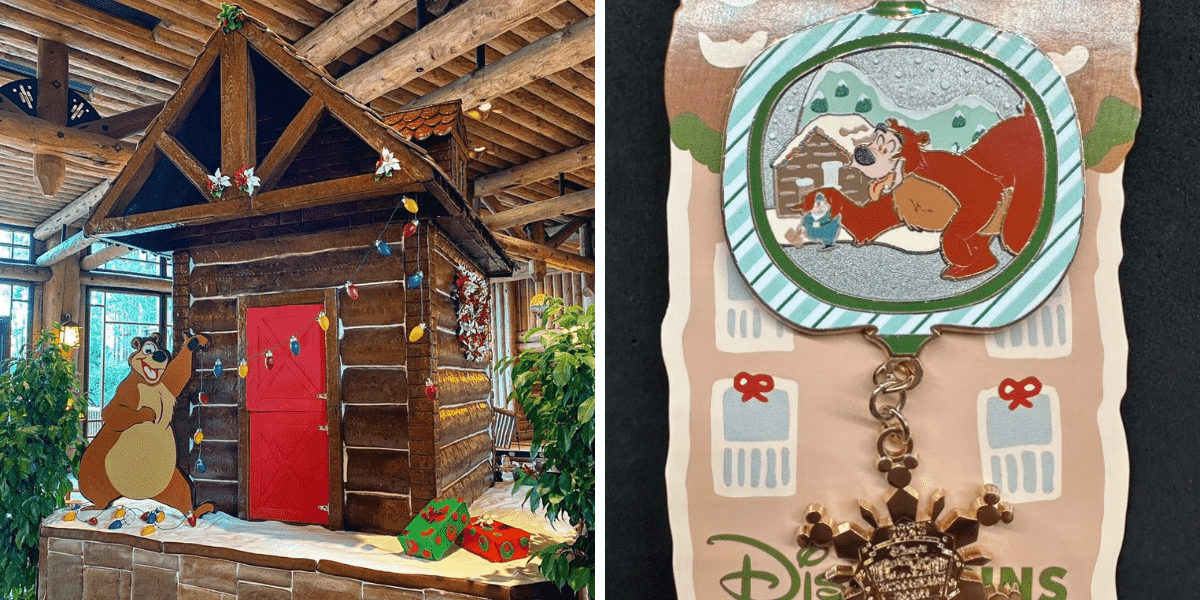 We’ve also noticed that a gingerbread display hasn’t been confirmed for Disney’s Saratoga Springs Resort, yet there is a pin for the Resort that features in this year’s gingerbread pin collection. The 2500-edition pin features Rapunzel who is holding a gingerbread carousel horse that Pascal is sat upon. 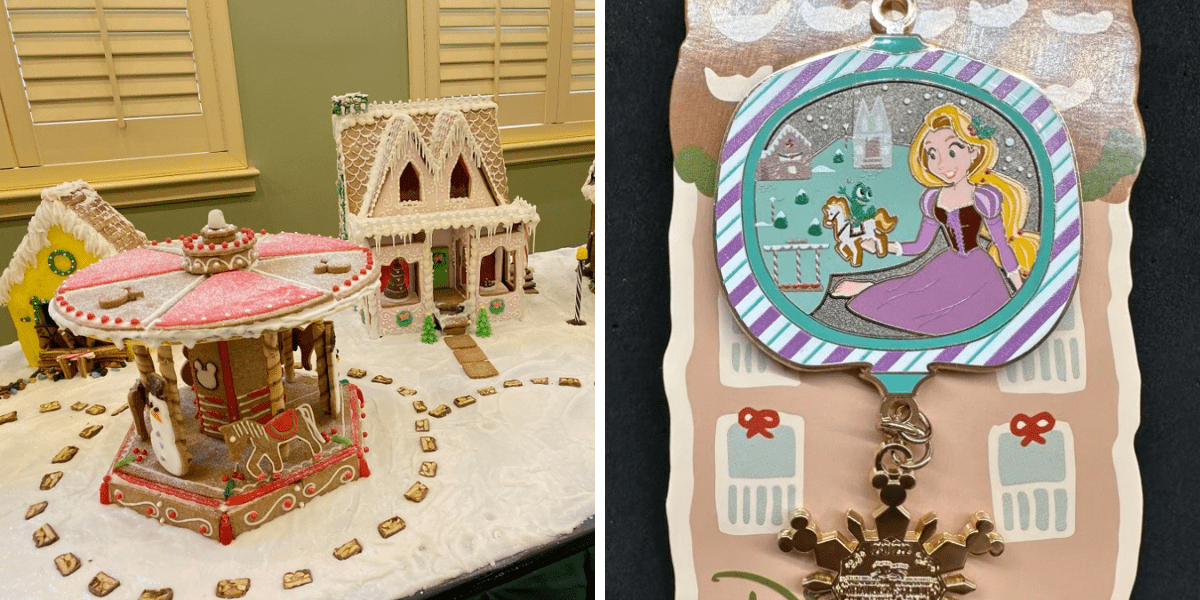 Will you be checking out this year’s gingerbread displays around the Walt Disney World Resort? We most certainly will, and will make sure to stop by Disney’s Wilderness Lodge and Saratoga Springs Resort, just in case there is a surprise gingerbread display that features as a part of the Resort decorations!

If you’re visiting the Disneyland Resort, don’t forget to check out the gingerbread displays that will be showcased this holiday season. They can be found in Disney’s Grand Californian Hotel & Spa, and as part of the Haunted Mansion Holiday celebrations.

2022-11-06
Victoria Mills
Previous: The Huge Disney Christmas Collection That You Can Join
Next: Why Hasn’t This Beloved Nighttime Parade Returned to Walt Disney World?