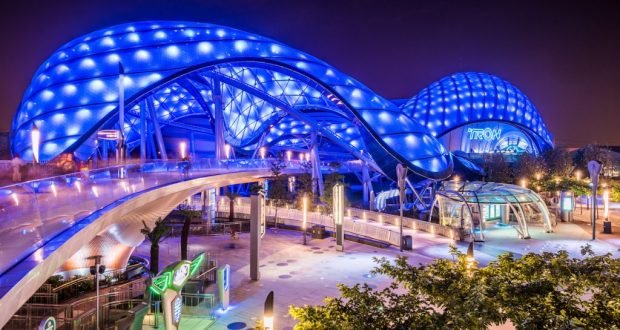 Worth the Wait: New Experiences Coming to Walt Disney World

One of the best things about Disney World is that it’s always evolving. This means one can visit year after year and experience new things each and every time. Considering how many hardcore Disney fans there are out there, this is definitely a major bonus. Lately, we’ve seen several amazing new additions to the Disney World parks. From Pandora – The World of Avatar in Animal Kingdom to Toy Story Land and Gladys Edge in Hollywood Studios, there are all kinds of new things to see and do during a Disney vacation. Even so, Disney doesn’t show any signs of stopping with the new additions. In fact, thanks to Disney World’s upcoming 50-year anniversary and Epcot’s 40-year anniversary soon after, it seems Disney is pushing for even more awesome new attractions than they usually might. Wondering what you can expect for Disney in the coming years? Here are just a few of the amazing new experiences guests will have the opportunity to check out during their upcoming vacations.

Hollywood Studios has seen several awesome upgrades in the past year or so. There is another exciting upgrade on the way for Spring 2020!

Not all that long ago, Hollywood Studios closed the beloved Great Movie Ride with a promise of something new coming to the Chinese Theater. The time has almost come for the replacement attraction: a train ride full of classic Disney friends and unpredictable twists and turns. This ride will be called Mickey and Minnie’s Runaway Railway, and it’s set to open March 4, 2020.

Let’s move on to Magic Kingdom. While this park doesn’t have as many new attractions rolling in, it does have one awesome new ride set to open in the next couple of years. Read about it below.

Construction of the TRON Roller Coaster is progressing quite nicely, and the track can actually be seen in Magic Kingdom’s Tomorrowland. However, there is still a lot of work to be done on this ride, which will eventually be indoors and will feature lightcycle ride vehicles and a thrilling, quick-paced track with plenty of twists and turns.

Epcot is getting the most updates of all in the next few years. This is to celebrate the park’s 40th anniversary, and considering everything they’ve got in the works, we’d say this anniversary celebration is sure to be a smashing success.

3. Guardians of the Galaxy: Cosmic Rewind

A reverse-launch indoor coaster featuring Guardians of the Galaxy characters—what more could you ask for? This super cool new ride is one you won’t want to miss.

Ever wish you could visit space for an evening? The new Space 220 restaurant will allow you to do just that. Guests will dine in a space station, surrounded by windows looking out into space. Expect to see this restaurant in late winter (early 2020).

Epcot has always been home to hands-on educational fun, and that definitely isn’t about to change despite all the upgrades happening throughout the park. PLAY! Pavilion will be the place to go for interactive and educational fun featuring favorite Disney friends.

Moana was a wonderful movie, and we firmly believe it deserves its own attraction. Luckily, the lovely walk-through water garden experience, “Journey of Water”, will be just that.

Shrink to the size of a rat and join Remy on an adventure through a restaurant kitchen in this fun new attraction. Remy’s Ratatouille Adventure will very closely resemble a similar ride in Disneyland Paris, something that is definitely a good thing. The ride is set to open in summer of next year, and we’re sure it’ll be a huge hit.

Fans of Mary Poppins will be thrilled to learn about Disney’s plans for the UK Pavilion. This pavilion is to feature a replicated Cherry Tree Lane, so guests can take a stroll down the street of the Banks family. Additionally, we can expect to see an all new Mary Poppins-themed attraction in the same area. Details have not been released yet, but we’re confident this is going to be good.

Finally, we must mention the new nighttime shows in Epcot. On October 1st, a new nighttime spectacular by the name of “Epcot Forever” opened, taking the place of “IllumiNations”. However, this is only a temporary show, and what comes next is even bigger and better. “HarmoniUS” will open sometime in 2020 and will be the biggest nighttime show ever created for a Disney park. If that’s not saying something, we don’t know what is!