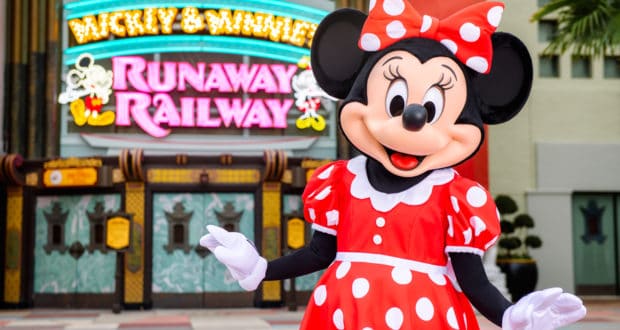 10. When Did Disney’s Hollywood Studios Open?

9. How Big Is Disney’s Hollywood Studios?

If you’re wondering how much land was used for Disney’s Hollywood Studios it would be 135 acres. Disney is definitely able to make the most of what they have, and fill it with many amazing attractions.

8. Are Movies Made at Disney’s Hollywood Studios?

Not anymore. Disney-MGM Studios used to have a working movie studio, but that ended back in 2003. You might have seen some of the films that were shot there. They include “Earnest Saves Christmas”, “Passenger 57”, and “Instinct”. Animated classics were also made at Disney-MGM Studios, including “Mulan”, “Lilo & Stitch”, and “Brother Bear”. There were several television shows filmed there as well.

7. Are There Any Good Full Service Restaurants at Disney’s Hollywood Studios?

Walt Disney World prides itself on amazing dining options. If you’re looking for fine dining then book a reservation at The Hollywood Brown Derby. If you’re craving Italian, Mama Melrose’s Ristorante Italiano will be a must do. Sci-Fi Dine-In Theater Restaurant gives you dinner and a movie while you sit in your car. It will take you back in time. 50’s Prime Time Cafe features classic comfort foods. Be sure to make reservations in advance to be guaranteed a table. There are always plenty of quick service dining options available as well.

6. Are There Any Thrill Rides?

If you’ve been to the Magic Kingdom or EPCOT you may wonder where all of the intense thrill rides are. You need to visit Disney’s Hollywood Studios! Looking to go from 0 to 60 in 2.8 seconds? Rock ‘n’ Roller Coaster Starring Aerosmith has you covered! You’ll have backstage passes and go through the streets of LA in a dark roller coaster adventure. The Twilight Zone Tower of Terror drops you 13 stories with random ride sequences, so you never know when you will fall next. Over in Galaxy’s Edge you won’t want to miss Star Wars: Rise of the Resistance. It’s not quite as intense, but it is one of the best rides you’ll ever experience. Also in Galaxy’s Edge you’ll find Millennium Falcon: Smugglers Run. This is a ride where you control what happens next, so the intensity level will change each ride. Everyone works together to fly the Millennium Falcon, which is a dream come true for so many. Slinky Dog Dash isn’t too high on the thrill scale, but it is the cutest roller coaster that you’ll ever ride.

That is correct. Although you see Mickey Mouse all over the Walt Disney World Resort there were no actual rides dedicated to him. This isn’t just at Walt Disney World, there were no Mickey-themed rides at any Disney park across the planet. Disney needed to change that because after all, “it all started with a mouse”. Make sure that you check out this adorable attraction. While it may not be a thrill ride, it is definitely a must do for Disney fans. It’s one of those rides where you will catch something new every time you ride it.

4. Is There a Different Language on Batuu (Galaxy’s Edge)?

Yes and no. The language is the same, but the alphabet is different. You’ll see words written in Aurebesh all over Star Wars: Galaxy’s Edge. There are also some phrases that you’ll want to learn so that you can sound like you’re local. There are unique greetings at different parts of the day. In the morning your greeting would be “Bright Suns” but then in the evening you would say “Rising Moons”. If you want to show your allegiance to the Resistance you should say “Ignite the Spark”, which could be followed by “Light the Fire”. To say goodbye to a friend say “Good Journey” but if you want to be formal you would say “May the Spires Keep You”.

3. How Many Toy Blocks Were Used in Toy Story Land?

When you’re in Toy Story Land you are stepping into one of the most adorable movie series ever. You’ll be the size of a toy and be in Andy’s backyard. Everything is brought to life; just like in the movies. Have you ever wondered how many toy blocks there are? There are more than 400 toy blocks used. Disney really puts detail into everything, and you’ll see it in this land.

While walking into Disney’s Hollywood Studios you will see the Chinese Theater at the end of Hollywood Boulevard. Imagineers used the blueprints from the original Grauman’s Chinese Theater in California to have the facade be as close to an exact replica as possible. There are even handprints outside! The building originally housed The Great Movie Ride, but is now the home of Mickey & Minnie’s Runaway Railway.

1. Are There Any Opening Day Attractions Left?

Sadly, the answer is no. When the park opened in 1989 there were five attractions; The Great Movie Ride, Studio Backlot Tour, The Magic of Disney Animation, SuperStar Television, and Monster Sound Show. The longest running attraction currently at Disney’s Hollywood Studios is Indiana Jones Epic Stunt Spectacular! That opened on August 25, 1989. The show has not yet reopened after the closure due to COVID-19. Although rumors of the show’s permanent demise have circulated for years, there has been no solid proof that the “Raiders of the Lost Ark” based attraction won’t reopen.