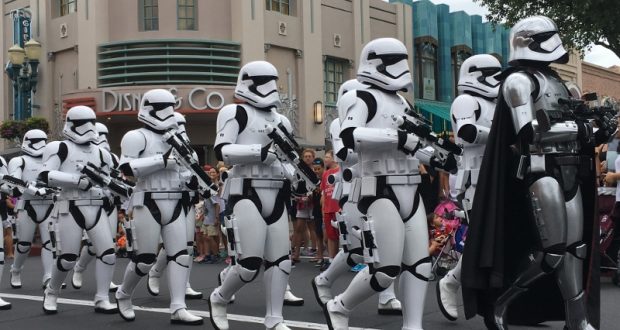 Disney’s Hollywood Studios may be on everyone’s back burner while we wait for the opening of the new Star Wars and Toy Story lands, but there are still plenty of reasons to visit the park today. Here are 10 things you need to know if you’re planning on visiting Hollywood Studios.

1. It’s getting a facelift

If you’ve either never been to Disney’s Hollywood Studios, or you haven’t been in a number of years, you may be wondering what exactly there is to do at the park right now. The park is in the midst of a complete facelift, which when complete will feature the all new Star Wars: Galaxy’s Edge, and Toy Story Land. In the meantime, you’ll probably notice that entire sections of the park are closed, and there are only a couple of “rides.” It might seem like there isn’t too much going on at the park now, but there are still reasons to go, and even more reasons to come back in the coming years as the new additions begin to open.

2. There are some excellent restaurants

Disney’s Hollywood Studios has some of the most overlooked restaurants in Walt Disney World. The Hollywood Brown Derby, a signature dining experience based on the iconic real-life location in Hollywood is a classic, upscale restaurant offering expecting entrees like the cobb salad with a mix of steaks, chicken, and seafood. For more casual table service dining, this park also offers unique experiences at both 50’s Prime Time Cafe and the Sci-Fi Dine In Theater.

3. You should stay for the fireworks

While nightly performances change seasonally, you can always count on Fantasmic as a way to end the night in Hollywood Studios. You can also usually end up seeing Star Wars: A Galactic Spectacular fireworks (though it is difficult to do so in the same night as Fantasmic), and additional offerings by season like Jingle Bell, Jingle Bam!

4. Or to do some shopping

Another overlooked part of Disney’s Hollywood Studios is the shopping. Of all the theme parks, Hollywood Studios is the place to go for Star Wars merchandise, and a lot of the other sort of standard in-park Disney merchandise can be found in this park in stores that you’ll find are much less crowded than say Mouse Gear or the Emporium. You’ll also find some more unique merchandise for favorite attractions like Rock n’ Rollercoaster and the Twilight Zone Tower of Terror.

Hollywood Studios is home to some unique character meet and greets that you won’t find anywhere else. Meet Star Wars characters in the Launch Bay, or walk over to the other side of the park to meet Olaf. The occasional Marvel character has even been known to pop up here and there along with characters from various Disney movies around the park entrance.

6. Check out all the details

Especially now while so much construction is taking place, many of the details that make Hollywood Studios so special are going unnoticed. When you’re visiting, take a moment to slow it down and check out all of the architecture and design elements, and really take in that old Hollywood feel.

7. You may want to use a park hopper

While you should definitely visit Hollywood Studios, it may be a wise idea to have a park hopper ticket for the day you plan to visit. Especially if you visit the parks often, and you’ve seen the shows plenty of times you may find that you can easily conquer the park in less than a day. Unless you plan on spending half of the day at Disney Springs or by the pool, plan on visiting another park before or after (at least until the expansions open).

If you don’t get to Hollywood Studios very often, you should definitely see the shows! Too many guests skip shows in favor of rides, but shows like the Indiana Jones Stunt Spectacular and Beauty and the Beast: Live on Stage are really classics in this park. Other shows you may want to check out feature The Little Mermaid, Disney Junior, and even Muppets (if you like 3D shows!) and while they are not rides they can easily be just as entertaining.

Because there are so few rides in the park right now, reserving FastPasses in advance can really save you from waiting in some long lines. Especially the park’s thrill rides on Sunset Boulevard can see long wait times while much of the park is still in a construction phase. This is easily avoided by getting your FastPasses ahead of time, or by using the single rider line at Rock n’ Rollercoaster.

Don’t leave Disney’s Hollywood Studios without watching some of the street performers. Whether it’s the Citizens of Hollywood, the March of the First Order, or just some cast members entertaining guests by the park entrance, these little skits and moments really add to the park!