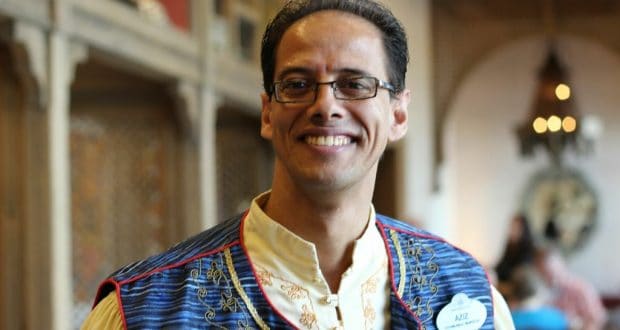 Even part time cast members are Walt Disney World are required to have full availability (within the days they are able to work). The resort is open everyday, so cast members do not often have holidays off, and during busier seasons like spring break, Fourth of July, or the winter holidays additional cast members will usually be scheduled and shifts may increase in length.

2. Including various times of day (or night)

While guests are probably aware that cast members have unusual hours, they may not realize just how unusual. If the Magic Kingdom closes at 12:00 am for instance, the last cast members working on Main Street may not be scheduled to leave until 2:00 am or later (earlier). When a park has Extra Magic Hours in the morning, certain cast members may be arriving to work at 6:00 am (or earlier).

Disney Look is the series of guidelines that cast members must follow in terms of their appearance while onstage. You probably know that things like tattoos or additional facial piercings may not be visible, but Disney Look applies to everything from making sure you have your belt, to the right color socks, and even eyewear that fits the standards. It also applies to non-costumed cast members, meaning that anyone you see with a Disney nametag, whether in costume or not, must adhere to the policies.

Safety (both for guests and other cast members) is the number one priority for all Disney cast members. Safety comes into play in obvious settings, such as cast members who check your restraints while you board an attraction, and in less obvious settings as well, like a cast member who appears to simply be greeting guests but ends up stopping a child from climbing on a bench where he or she could get hurt. It even applies to what they wear on the job, as sunglasses, hats, sunscreen, and even staying hydrated are all things that add up to them staying safe during their shifts.

6. Working outdoors in all weather

Cast members who work at Walt Disney World typically know what they’re getting into when working at a theme park in Florida, but one requirement is to be comfortable with working outdoors regardless of the weather. Florida weather is unpredictable, so cast members may prepare themselves with rain gear in the summer months, pick up winter gear from costuming in the cooler months, and of course drink plenty of water to combat humidity.

7. Help guests regardless of language barriers

Walt Disney World is the most visited tourist destination on Earth. As such, guests from all over the world come to the resort, and many do not speak the same languages as the cast members they encounter. Whether it be finding a cast member who does speak the guest’s language, using the basic foreign language skills one may have, or using hand gestures or a park map to help the guest, not speaking the same language is not an excuse for not helping a guest.

Character integrity simply put means that each Disney character is real and there is only one of each character. This is why when Mickey leaves his meet and greet for a couple of minutes, cast members will tell guests that he is getting some cheese or has to feed Pluto. Occasionally guests like to push cast members’ buttons by saying things like “Why don’t they just have more than one?” or “They must be hot in there!” but cast members will deflect these statements and remain true to character integrity and the show.

Each cast member is part of the show, and as such they must remain in character regardless of their role. You wouldn’t get the same experience visiting the Haunted Mansion if the cast members were as smiley and cheery as those working in Fantasyland, would you? Staying in character includes everything from literally staying in character as is the case with the Haunted Mansion, to wearing proper costume pieces, staying within your land, and explaining things about your area to guests as the show is meant to appear to them.

Efficiency allows cast members to get as many guests into shows as possible, move through quick service lines in a speedy manner, and do essentially almost every other task required where guests likely do not want to spend more time than necessary. Disney has it down to a science, and cast members must pick up on how this science works during their trainings to keep everything running smoothly.

A lot of Disney articles make it sound like cast members physically are unable to say the words, “I don’t know.” This is not necessarily true. They cannot tell guests they don’t know, and then continue to go about their day, but they are welcome to say “I don’t know, but let me find out for you,” or “I don’t know, but I can find someone who does know.”

Cast members use a point system, where a certain number of points can result in disciplinary action. Points can be earned from calling out of work, showing up late to work, forgetting to clock out, and of course, much more serious offenses. In any case, the attendance policy can be stricter than other companies simply because they keep better track of it, so going to work, and going to work on time are important for cast members.