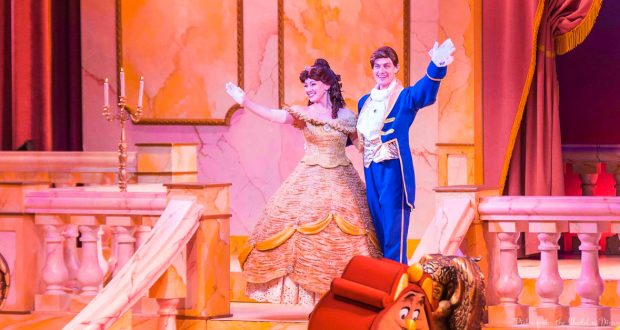 One of the best ways to save time in any of the four theme parks in Walt Disney World is by arriving for rope drop. Disney insiders know to arrive to the park at least a half hour before it officially opens to the public. By doing so, they ensure that they are some of the first guests inside the park and are rewarded with few crowds and low wait times. Arriving at Disney’s Hollywood Studios for rope drop allows guests to get a head start on the day with few crowds enabling them to experience some of the most popular attractions with little to no wait times.

The most popular attraction in Disney’s Hollywood Studios is Toy Story Mania which shrinks guests down to the size of a toy and takes them through a series of 3D midway games hosted by Woody, Buzz, and the gang. The attraction is so popular that wait times can easily exceed two hours on busy days in the park. Guests who want to experience the attraction without losing tons of time spent waiting on line should head there first thing in the morning. At that time there will be a low wait time, allowing them to enjoy Toy Story Mania without waiting for a long period of time. Guests who want to experience the attraction twice should still visit first thing in the morning but also book a FastPass for the attraction at another point in the day. FastPasses allow guests to book a specific time for an attraction and return at that point to enjoy the experience with little to no wait time.

Another popular attraction in Disney’s Hollywood Studios can be found looming at the end of Sunset Boulevard. The Twilight Zone Tower of Terror invites guests into the Hollywood Tower Hotel where they learn of the ill fate of five guests one night long ago. Guests soon find themselves aboard an evil service elevator and starring in their very own episode. The attraction is very popular with guests and can have long wait times on busy days in the park. Guests who are looking to enjoy the attraction should book FastPasses to still have the experience without waiting on line for long periods of time.

5. Use The Single Rider Line –

Located right next door to The Twilight Zone Tower of Terror is another thrill ride which lets guests rock out. The Rock ‘n’ Roller Coaster Starring Aerosmith brings guests into G Force Records where the band is at work recording their new hit. After being invited across town to a concert, guests soon board a super stretch limo and find themselves rocketing through Downtown Los Angeles to make it on time. The attraction is one of the most thrilling in Walt Disney World and is very popular with guests. This popularity results in long wait times, but Disney insiders know a way to avoid the long lines! The Rock ‘n’ Roller Coaster Starring Aerosmith features a Single Rider line which allows guests to experience the attraction with a fraction of the wait time. Single Rider lines require parties to split up at the loading area, but nearly always have significantly lower wait times than the standby lines. Guests who don’t mind their parties being split up should definitely take advantage of the Single Rider line and enjoy the attraction while saving some time!

While there are several popular attractions and thrilling experiences in Disney’s Hollywood Studios, there are plenty of underrated experiences which Disney insiders know not to skip. Walt Disney Presents (formerly One Man’s Dream) celebrates the past, present, and future of Walt Disney Parks and Walt Disney himself. Muppet Vision 3D invites guests in to the laboratories of the Muppets where they have discovered the spirit of 3D. With plenty of corny jokes, sight humor, and mayhem like only the Muppets can inspire, the attraction is loads of fun. Another underrated attraction that Disney insiders love to watch is the Indiana Jones Epic Stunt Spectacular! which brings guests into the world of Indy and demonstrates how action stunts are performed safely. These attractions might not be the most popular in Disney’s Hollywood Studios, but they definitely should not be missed!

There are two shows in Disney’s Hollywood Studios which combine live acting and beautiful music to retell the stories of Disney princesses. Beauty and the Beast – Live On Stage brings guests into the world of Belle as she falls in love with the Beast. Featuring all of the classic characters and music from the film Beauty and the Beast, guests will be sure to be singing along by the finale.The Voyage of the Little Mermaid invites guests into the story of The Little Mermaid where live acting, singing, puppets, and special effects tell how Ariel fell in love with Prince Eric. The two shows are amazing and are favorites of Disney insiders!

There is a strong presence of the force at Hollywood Studios… the Star Wars force! With the March of the First Order, Jedi Training, Star Tours, Star Wars Launch Bay, and the incredible nighttime experience – Star Wars: A Galactic Spectacular – it’s easy to feel overwhelmed by these epic options. Star Wars fan or not, prepare to get a dose of all things Star Wars when visiting Hollywood Studios!

Fantasmic! combines special effects, pyrotechnics, projected animation, dancing water, classic Disney music, characters, and a great story, Fantasmic! is sure to wow all guests. Those who enjoy the show are invited into Mickey’s imagination where an epic battle between good and evil is taking place. While the amphitheater is huge, guests love the show and the seats tend to fill quickly. Disney insiders know the importance of lining up at least an hour and a half early to ensure that they have great seats for each performance. No day in Disney’s Hollywood Studios is complete without enjoying Fantasmic!