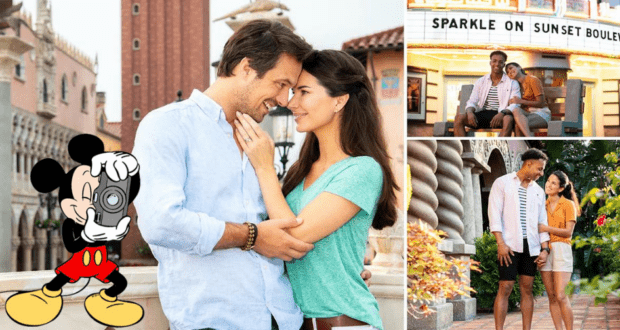 A New Way to Capture Your Memories at Walt Disney World

Photos are a big part of your trip when you visit Walt Disney World. You want to capture as many memories as possible and show them to all your family and friends. With social media being as big as it is, you can share your vacation with those important to you in your life.

Walt Disney World has a way to make capturing your memories even easier. PhotoPass is a convenient way to have professional quality photos taken in all of the best spots in the Park. PhotoPass photographers are conveniently placed around the Parks and are ready to go.

Capture Your Moment is a new experience that was first launched at Magic Kingdom. It is a 20 minute private photo session, and it was a very popular addition. It quickly expanded to Disney’s Animal Kingdom.

So many Guests loved it and wanted to have this opportunity at all the theme parks, so Disney World has announced that it is now officially coming to Disney’s Hollywood Studios and EPCOT.

Whether you want your photo shoot in American Adventure, Japan, Italy, Germany, or Morocco, you pick which country you want without needing a passport.

Maybe Disney’s Hollywood Studios sounds like a better spot. Starting March 21, the camera is waiting for you. Have awesome backdrops like Gertie, The Chinese Theater, Hollywood Boulevard, and Sunset Boulevard.

The price of Capture Your Moment is $79 and includes up to eight Guests. While prints and digital downloads are not included, you can get these photos at no extra cost if you have Memory Maker, Memory Maker One Day or are a Disney Annual Passholder with PhotoPass included.