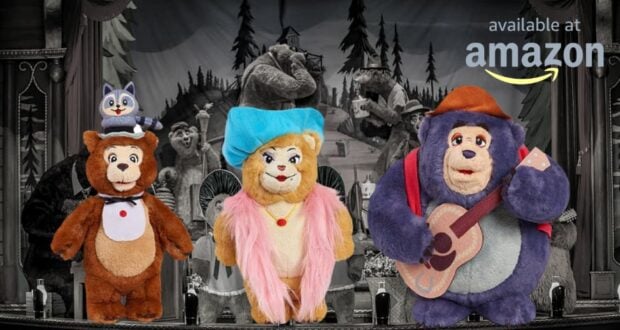 Calling all Disney fans! If you love collecting all things Disney and are an especially big fan of Country Bear Jamboree, we have exciting news. Amazon has dropped exclusive merchandise that is simply a must-have.

One of the most underrated Disney Park attractions in all of Walt Disney World Resort is Country Bear Jamboree at Magic Kingdom. The comical Frontierland attraction has grown in popularity and now has a cult-like following of Disney fans that can’t get enough of it.

The Disney WDW 50th Country Bear Jamboree Amazon Exclusive, Kids Toys for Ages 3 Up, Amazon Exclusive is available via Amazon for $59.99. And yes, it’s also an Amazon Prime product, so Disney fans can save on shipping!

The 3 bears are made with a velvety-soft plush; each bear is dressed in their signature look as Teddi Barra wears her blue hat and pink boa, Big Al has his guitar, and Henry comes complete with sidekick Sammy the raccoon in his hat.

What makes this “knee-slappin’ good time at this jolly country-and-western musical revue starring a cast of singing bears” so special? Besides the dry and humorous 18 animatronics, this was also the very last attraction that Walt Disney personally helped develop.

With collectors hungry for 50th Anniversary merchandise, coupled with the fact that this toy features Country Bear Jamboree, we don’t expect this one to last long. Don’t wait to snag yours before they sell out. Happy shopping, Disney fans!