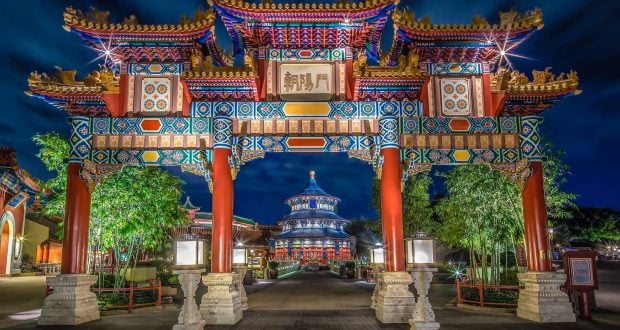 Book a Walt Disney World Attraction for Your Next Event

It’s every Disney fan’s dream to have a Walt Disney World Park all to themselves for a day. Who wouldn’t want to wander the magical lands of Disney’s Magic Kingdom, EPCOT, Disney’s Hollywood Studios, or Disney’s Animal Kingdom Parks, hopping on rides without lines, eating in any restaurant without a reservation, and never even seeing another Guest?

While it’s not possible to rent out all of Walt Disney World Resort or to close down an entire Disney Park for a whole day just for you, it IS possible to rent out Disney’s Magic Kingdom after it closes. You can also book various venues throughout Disney’s other Parks, if you’re planning a corporate event, group celebration, or just want to celebrate an anniversary with your significant other. Here are just a few of the Disney sites available for booking for private events – if your pockets are deep enough, that is!

Planning the wedding of your dreams? Then why not rent out Disney’s Magic Kingdom after hours, once Guests have left the Park? Cinderella Castle makes the perfect fairy tale backdrop for your vows, and Fantasyland makes for a magical wedding reception venue!  There are tons of fun add-ons like riding in Cinderella’s Coach down Main Street, U.S.A., and enjoying fireworks all to yourself.

The entire experience is highly customizable, so Guests can create their own dream wedding. Interested?  Check out Disney’s Fairy Tale Weddings & Honeymoons online to learn more. But of course, having Magic Kingdom Park to yourself is not exactly cheap. For starters, there’s a $30,000 fee just for having your wedding ceremony here, and rumor has it that the entire package itself starts at $180,000.

The appeal of Tower of Terror at Disney’s Hollywood Studios is undeniable! Mysterious, thrilling, and spectacularly spooky, this is one of the most popular attractions in the Park. So it’s no surprise that many Guests wonder if they can rent out this haunting spot.

And the answer is – yes! Disney rents out the Small Terrace and the Large Terrace, depending on the size of your party, and small groups often reserve this space for dinners or special events. Menus are customizable, as is the overall experience – for example, if you want the attraction itself to be in operation for your party, it’ll run you upwards of $7000.

Why not travel the world, without ever leaving Orlando, for your next corporate event or family gathering? Myriad spots within EPCOT’s World Showcase are available for bookings either before the Park opens or after hours, through Disney Meetings & Events.

Imagine a dinner party in the Great Hall of China, where you and your Guests could wander the stunning paths and gardens of the China Pavilion to your hearts’ content. Or perhaps a vow renewal at Italy Isola, the private island in the World Showcase Lagoon, with enviable views of the Italy Pavilion. Or maybe an intimate gathering at the architecturally perfect Rotunda at the American Adventure.  The world is yours to discover!

Pandora – The World of Avatar

Full disclosure: we’re usually so exhausted after getting an early start in the parks that it’s rare for us to stay late at any Disney Park. Disney’s Animal Kingdom Park is an exception, though, for one reason: Pandora – The World of Avatar! This bioluminescent wonder simply MUST be enjoyed at night, when it turns into a fantastical, glowing masterpiece.

Imagine having your wedding ceremony right here, among the other-worldly flora and fauna! Wedding photos with the floating mountains as your backdrop would be pretty hard to beat.  After your Pandora ceremony, you and your Guests can head to one of many venues in Disney’s Animal Kingdom Park, or anywhere at Disney World Resort, for your reception.

Not ready for your day at Typhoon Lagoon to end? No problem! Throw a beach party for your closest friends once the Park closes to other Guests, and enjoy a live band or DJ along with a buffet dinner – and access to the Park’s massive wave pool.

You can also add a hosted bar, clambake, or catered buffet lunch to your day in the Park if an evening bash isn’t your thing.

It was down for a year and a half, but happily, fans of the Indiana Jones Epic Stunt Spectacular can now once again visit Indy, Marion, and the gang at Echo Lake in Disney’s Hollywood Studios Park. And if watching this action-packed stunt show (and possibly being chosen to be part of the show) isn’t enough, Guests can rent out the attraction.

You’ll watch the thrilling show, complete with death-defying leaps from tall buildings, breathtaking explosions and iconic traps right out of Raiders of the Lost Ark (1981), and then stick around for a private dinner party on the streets of Cairo. We can’t think of a better way to celebrate a special event in the life of your resident Indiana Jones fan!

Of course, this is just the tip of the very magical iceberg. Disney Value Resorts, Moderate Resorts and Deluxe Resorts all feature venues that could be perfect for your next party, corporate event or special occasion.

And there are plenty of spots within Disney Theme Parks that you won’t see online that Guests can still book for an unforgettable celebration. Have a favorite restaurant or even a specific pathway or other nook and cranny in mind? It’s worth contacting Disney to see if it’s available for booking, to create an unforgettable moment for you and your loved ones.