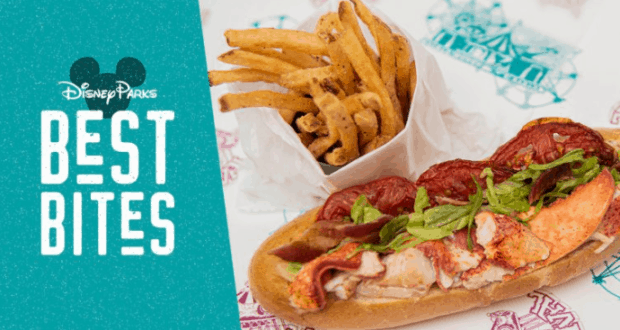 Check Out Best Bites for July at Walt Disney World

Refreshment Outpost has a Nigerian Meat Pit offering. There are also sweet options like the No Worries Panna Cotta featuring raspberry, papaya, and mango panna cotta with a cookie crumble base and white chocolate. There was also the Savannah Smoothie, which is made with coconut milk, agave, and cream liqueur for those who are 21+. These will all be available through the fall.

Over at Epcot’s Le Cellier Steakhouse there a Summer Prix Fixe Menu returning for this year. The mael is $55 per person, plus taxes and gratuities (or use 2 table service dining entitlements for guests on the Disney Dining Plan). The meal includes a choice of one appetizer, entree and dessert.

Over at D-Luxe Burger at Disney Springs, there is a Vegan Burger now on the menu. The burger includes a plant-based patty with cabbage and mushroom ragoût, mango salsa, lettuce, tomato, and pickle on a vegan Parker House roll.

At Disney’s BoardWalk, the BoardWalk Bakery is offering a new Seaside Sammich. This delicious sandwich includes lobster, shrimp, tomatoes, and bacon on a freshly-baked hoagie roll served with your choice of fries or potato chips.

And finally, to close out this month’s Best Bites, we are pleased to announce Walt Disney World Resort has recently won several prestigious food and beverage awards – both locally and nationally.  Dining Critic Joseph Hayes says, “There are chefs who cook to a superb standard every day, and sometimes one who rises above it with a vision of what is possible.”

USA Today announced the 10 Best Readers’ Choice Awards for Best Amusement Park Restaurants. The restaurants that make the list were voted as being the best for U.S. for their food, atmosphere and service. Disney restaurants took 6 out of the top 10 spots!

Congrats to all of the chefs and Cast Members for the awards!

Which one of the Best Bites offerings would you most like to try?