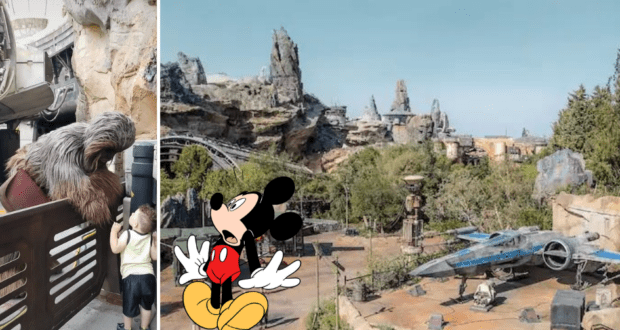 Disney Guests can’t seem to get enough of humorous interactions between characters and visitors at the Parks. Earlier, we reported a comical interaction between Spiderman and a sleeping child in Avengers Campus.

The boy was dressed in Spiderman-themed clothing and probably looked forward to meeting the hip superhero. Unfortunately, he was fast asleep as the masked crusader interacted with Guests at Disney California Adventure Park. 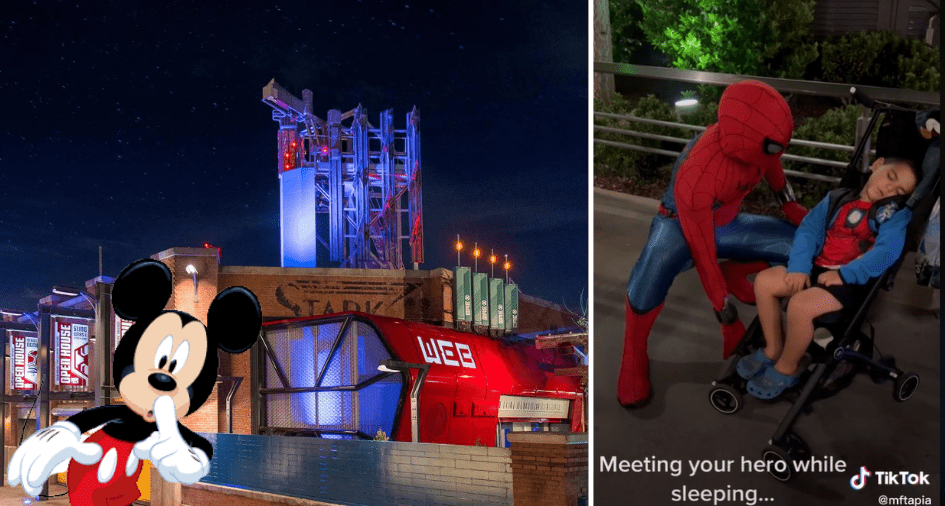 Now, a new video has surfaced of a toddler’s encounter with the always lovable Chewbacca. The video was taken at Galaxy’s Edge by TikToker @lindamarie_est90. A small child seems to have found a tiny corner of the galaxy to play in. He lies on his stomach as he wiggles around in a narrow spot at the Resort.

Chewie approaches and bends down to the child’s level, trying to figure out what the little boy is doing. The furry Wookie stands up as the child’s caretaker tries to get his attention, calling out his name.

She tells the boy to look, so he obeys, turning around to face her direction. Repeating her orders, she asks the toddler to look up, but he continues to stare straight ahead. Calling his name again, she giggles at the scene, watching Chewie standing over the boy, who remains utterly clueless about his presence.

Chewie lets out his iconic growl to try and get the boy’s attention, but it’s no use. The toddler stands up, goes back to his corner to play, and finally looks up on his own. Chewie looks startled as the boy stares at him in terror! 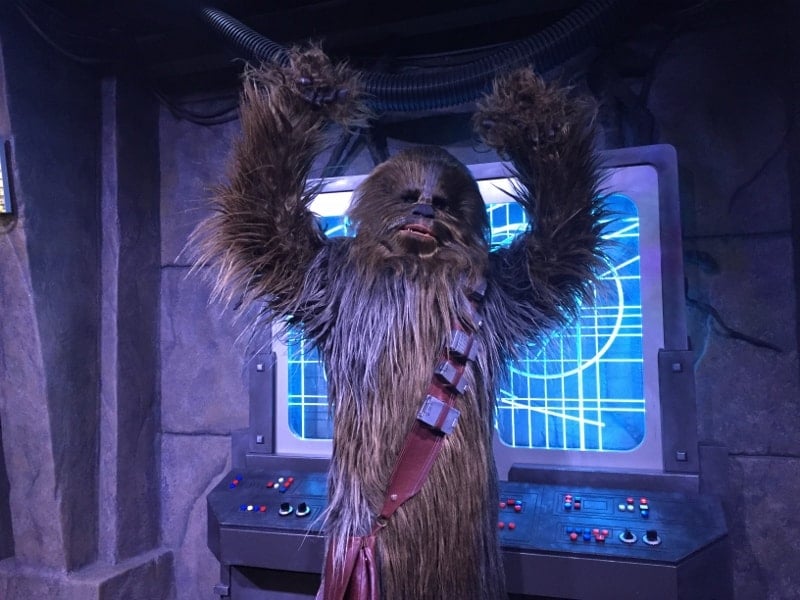 Clearly frightened at the sight of the looming Star Wars character, the toddler throws his hands into the air, turns around, and runs away. The creator turned off comments for the video, inferring that some may not have found the interaction so amusing.

Disney Guests never seem to be short on material when it comes to posting videos from Disneyland Resort and Walt Disney World. With character interactions, shows, and unique magical moments, there is much to be seen on a day at Disney Parks.