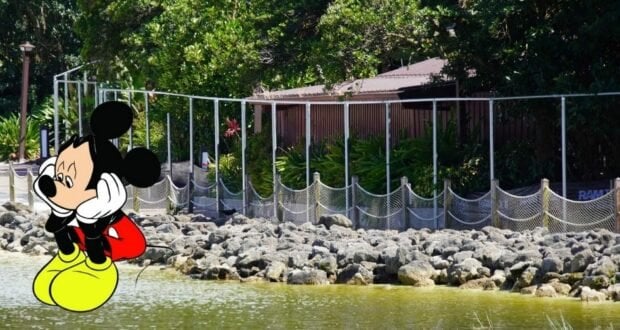 It hasn’t been all rainbow and sunshine for Walt Disney World fans lately. With Disney still working through its phased reopening, we’ve seen some experiences either remain frozen as “temporarily unavailable” or permanently close altogether. Now, we’re seeing demolition begin on an iconic Disney experience.

Disney announced the opposite of what everyone expected however and revealed a massive expansion coming to Disney’s Polynesian Village Resort with a new tower holding an estimated 200-250 new rooms. The announcement was a shock to many as the design doesn’t seem to match the overall Hawaiian island feel and Polynesian culture Disney fans love so much about the Magic Kingdom Resort hotel.

RELATED: Shock Announcement Shows Disney’s Focus Is On the Rich

Making matters worse, Disney revealed the location of the tower would cause the closure of the iconic dinner show experience, Spirit of Aloha. The dinner show has been around for almost 50 years. The hardest part is when Spirit of Aloha closed with everything else at Disney due to the COVID-19 pandemic in March 2020, little did we know it would be gone for good.

While we’re thrilled Disney announced the return of its second dinner show Hoop-Dee-Doo Musical Revue at Disney’s Fort Wilderness Resort & Campground, we can’t help but be disappointed to see the Spirit of Aloha show go.

Now, @bioreconstruct has shared photos via social media of the demolition starting at Spirit of Aloha:

The fencing will likely soon be draped with plastic so Guests can’t see behind the construction wall on the walking path that follows the Seven Seas Lagoon.

Construction lighting has been installed as Disney begins to push forward with its new DVC tower plans.

Ready to take a walk with us down memory lane to the Polynesian luau? Disney’s former description of Spirit of Aloha dinner show included:

Hula Dancing, Fire Dancing and More: Celebrate the spirit of aloha with spellbinding dancers, drummers and a show-stopping fire-knife performer. Auntie Wini is hosting a fun-filled luau to say goodbye to one of the local girls who’s headed to the “mainland” for college—and you’re invited! In the open-air theater in Luau Cove, delight in enthralling traditions from Polynesia, including dances from Tahiti, Samoa, Tonga, New Zealand and Hawaii.

Settle in for platters of authentic Aloha pulled pork, Polynesian ribs, roasted chicken and seasonal vegetables. Savor fresh-cut fruit and a salad with ginger-lime dressing—and then polish your meal off by indulging in Pineapple Guava Cake and Chocolate Cake! Children’s favorites like Chicken Breast Nuggets with Tater Bites, cheese pizza, and either grilled chicken or fish of the day with rice and green beans are also available upon request on the limited kids menu.

In addition to soft drinks, lemonade, coffee and other non-alcoholic beverages, Guests 21 years of age and up can enjoy beer and wine with their meals. For an added charge, indulge in a fruity cocktail—like the Pau Hana Punch served in a hand-carved coconut keepsake.

The incredible Cast Members, the atmosphere, the food… all will be greatly missed as we say goodbye to the iconic Spirit of Aloha.