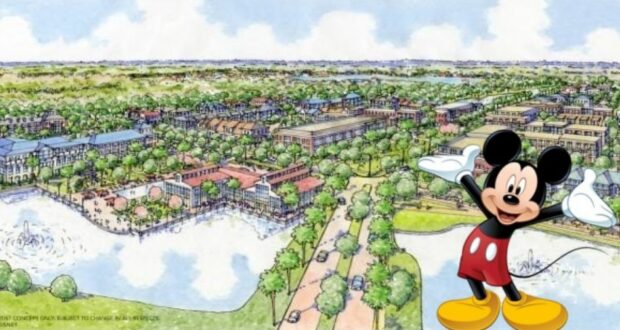 Big news coming out of Walt Disney World Resort as we have learned of a new housing development that Disney will offer as affordable living for its community and Cast Members.

It wasn’t too long ago that we shared the news of Disney entering into a new housing development for Disney fans that want to live in the magic even while they are away from the Parks. Disney introduced its “Storyliving” project in Rancho Mirage, in California’s Coachella Valley.

And while living in places such as Celebration, Florida or Golden Oak would be a dream come true, many of us are unable to afford such luxury. With Central Florida’s housing market on the rise, Disney is stepping in to offer an affordable housing option for its Cast Members and the surrounding community.

Disney has announced: “Walt Disney World is earmarking nearly 80 acres of our land for a new affordable housing development – right here in Central Florida. This initiative has been in the works for a while as we’ve been focused on finding solutions to this challenge for quite some time. I am thrilled that we can finally share this news with our cast members and neighbors.”

“We are invested in working together with our community to solve complex issues,” said Jeff Vahle, president of Walt Disney World Resort. “The lack of affordable housing is affecting many people across our country, including right here in Central Florida. With this initiative, we’re lending a hand to make a real and meaningful impact in our community by tapping into the best of our company’s strengths. This is the right opportunity and the right time to take action.”

The new development will include more than 1,300 units and is to be constructed by an affordable housing developer. The development will be an easy trip to work for Cast Members as it will be located on a Disney property in southwest Orange Country, Florida.

Residents will be offered a variety of home choices that are affordable and attainable, near schools and the new and expanding Flamingo Crossings Town Center retail and dining complex.

Check out Disney‘s announcement video below:

The development will be available for qualifying applicants in the Central Florida region, including Disney Cast Members and beyond.

But wait, there’s more! Disney has also announced its participation in a Disneyland Resort effort to revitalize the Orange County Housing Trust for affordable housing projects in Anaheim, California. The first project which is now completed was the Buena Esperanza project which converted studio apartments for veterans and homeless individuals with mental illness.

Now, Disneyland Resort is working on a second project called Finamore Place. The project will also benefit the Anaheim community with 100 additional housing units set to be complete this summer.

We’ll be sure to share more information as it comes, as Disney works with the community to provide affordable housing options.