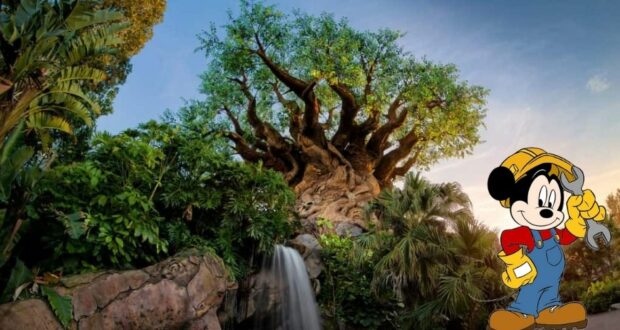 June has arrived and Walt Disney World Resort is brimming with excited Guests filling the Parks. Whether you’ve planned a Disney vacation to celebrate the kids being out of school for the summer, spoiling Dad for the upcoming Father’s Day, or heading to EPCOT to experience the incredible new coaster, Guardians of the Galaxy: Cosmic Rewind… it’s always a good time to be in a Disney Park! As we roll through June however, take note as Disney has added an attraction to the refurbishment list.

We previously shared June 2022 refurbishments including closures such as Blizzard Beach Water Park and Magic Kingdom’s Walt Disney World Railroad. While it wasn’t too long ago that Disney’s Animal Kingdom had the lengthy closure of Expedition Everest in early 2022, the popular rollercoaster is back up and running. As you stroll on over to Animal Kingdom’s DinoLand U.S.A., TriceraTop Spin will soon be closing for refurbishment.

Disney has announced the dinosaur version of Dumbo the Flying Elephant called TriceraTop spin is closing for a week-long refurbishment from Monday, June 13 to Friday, June 17, 2022. With Primeval Whirl being closed and demolished from the Disney Park, DinoLand U.S.A. has been feeling extremely empty. The week of June 13 – June 17 will be an especially quiet one for this portion of the Park.

Disney describes TriceraTop Spin as “A Dino Ride in the Sky”: Climb into a 4-person triceratops gondola and prepare for liftoff! Bob up and down, forward and back, as you sail through the air to festive music. Don’t be surprised if something prehistoric appears from the giant crown in the center of the top. Designed for little ones and the young-at-heart, TriceraTop Spin is a blast from the prehistoric past.

RELATED: Is It Time to Update DinoLand U.S.A.?

How High Will You Fly? If you’re seated in the back row, you can direct how high or low you fly by moving an onboard lever up or down. If you’re sitting in the front row, maneuvering a joystick will tip your dinosaur forward or backward.

We suspect those sweet dinosaurs will once again be flying high soon enough!