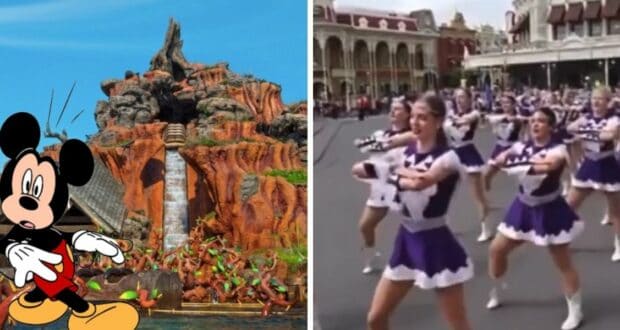 It’s been a hot topic of Disney fans for years now.

From Disney’s animated movies like Peter Pan (1953), Dumbo (1941), and The Aristocats (1970) to attractions like Jungle Cruise and Splash Mountain, the issue of racism has recently been at the forefront of discussion surrounding The Walt Disney Company.

Disney has always been known for its magic, its sense of fantasy, and its way of captivating children’s hearts. It’s undeniable, however, that some of these movies and characters have not aged well in today’s world, with even its new  streaming service Disney+ including a message ahead of classic movies warning that they “may include outdated cultural depictions.”

Now, amid debate surrounding Walt Disney World’s cancelation of its popular Splash Mountain attraction, Disney is causing controversy once again with its allowance of one particular marching band’s chant in its theme park. Disney announced that Splash Mountain, in a stand against what many consider to be the “racist” aspects of the ride, will be rethemed completely into a Princess and the Frog attraction.

Ever since the reveal, Disney Parks have been removing references to Song of the South and Splash Mountain. In August 2020, Disneyland Resort quietly removed the attraction’s famous song, “Zip-A-Dee-Doo-Dah” from the Disneyland Resort esplanade music loop — the courtyard area in between Disneyland and Disney California Adventure – and this month, Disney World removed the catchy song from its returning Festival of Fantasy parade soundtrack at Magic Kingdom.

The 1946 movie, featuring Uncle Remus, is considered to be one of the most controversial films in Disney’s portfolio with its African American stereotypes. It has never been made available on home video in the U.S. and is currently missing from Disney’s streaming service, Disney+.

So, no more “bluebird on my shoulder” and “Zip-A-Dee-Doo-Dah” to be heard at Magic Kingdom, EPCOT, Disney’s Hollywood Studios, and Disney’s Animal Kingdom Parks. But now, Disney Guests are calling Disney “hypocritical” after the theme park giant allowed a marching band to perform an offensive chant as they marched down Main Street, U.S.A.. 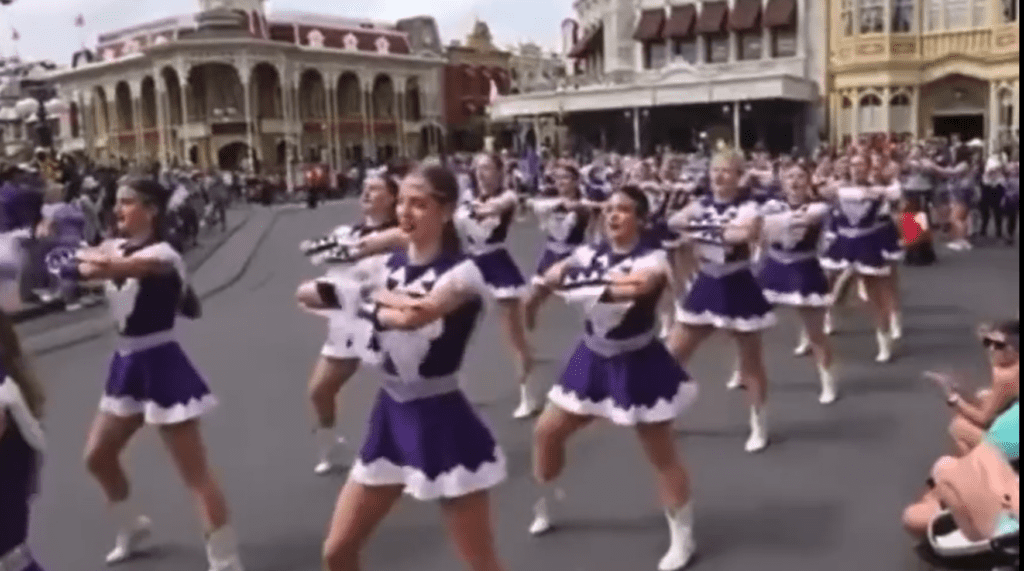 Twitter user @zhaabowekwe shared a video of the Indianettes marching band from Port Neches-Groves Independent School District in Texas performing at the Magic Kingdom Park on March 15. Their chant has caused major controversy, particularly in the Native Indian community.

According to the Disney Imagination Campus website, these performers are “treated as honorary Disney Cast Members for the day”, which makes the chant even more problematic.

On their day in the theme park, these “honorary Cast Members” were presenting an offensive chant in Indian “fringe” that has shocked Disney fans:

Cuz a bunch of kids in fringe chanting “scalp ‘em Indians, scalp ‘em” is honor, right? And any Natives who attend @pngisd

should prolly just accept their classmates dehumanizing them cuz “tradition”, right? Shame on @DisneyParks hosting this. Nostalgic racism is RACISM.

And any Natives who attend @pngisd should prolly just accept their classmates dehumanizing them cuz “tradition”, right?

Shame on @DisneyParks hosting this. Nostalgic racism is RACISM. pic.twitter.com/ELsJHRgJlw

You can hear in the video these young performers singing “scalp ‘em Indians, scalp ‘em”, which is a shocking chant to be heard from anyone, let alone a high school band.

Though they are not wearing headdresses, they do have feathers in their hair, and their fringed uniforms are representative of traditional Native American clothing. They perform a dance and song that parodies Native American ceremonies, including the chant “scalp ’em.”

There is, of course, an Entertainment Team at Disney that invites, approves, and helps each marching band team rehearse, which begs the question of whether the Indianettes and their chant were vetted and Disney didn’t think anything was wrong, did Disney not vet at all and just invite blindly, or was Disney shown a different routine and the group changed it last minute.

Either way, the performance of the Port Neches-Groves Indians Marching Band, Indianettes, has sent shockwaves around Disney fans, especially after efforts to cancel Splash Mountain and cover a Native American character on a logo at the Main Street Confectionery. Back in 2021, Disney added the Inclusion Key to its Cast Member basics. Disney Parks Cast Members work by Disney’s longstanding tradition of The Four Keys – Safety, Courtesy, Show, and Efficiency – which have guided the theme park company’s approach to Guest service for more than 65 years.

Now, it is known as the 5 Keys, with Inclusion seemingly at the center. But with occurrences like this marching band’s chant being heard in the Magic Kingdom theme park at the Walt Disney World Resort and the current controversy surrounding Bob Chapek and the “Don’t Say Gay” bill in Florida, it’s interesting to see how Disney is actually sticking to its promise of “inclusion”.