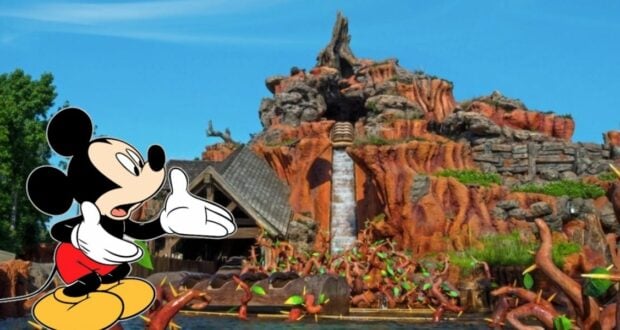 It’s one of Disney’s most iconic attractions.

At Magic Kingdom, if Guests are looking to conquer the thrill challenge, they must complete all three mountains: Splash Mountain, Space Mountain, and Big Thunder Mountain Railroad.

Now, however, Disney has made a surprising removal in its theme parks, which has shocked Disney fans. Disney announced that Splash Mountain, in a stand against what many consider to be the “racist” undertones of the ride, will be rethemed completely into a Princess and the Frog ride.

Ever since the reveal, Disney Parks have been removing references to Song of the South and Splash Mountain. In August 2020, Disneyland Resort quietly removed the attraction’s famous song, “Zip-A-Dee-Doo-Dah” from the Disneyland Resort esplanade music loop — the courtyard area in between Disneyland and Disney California Adventure.

Both Splash Mountain at Magic Kingdom and Disneyland Parks closed on January 10, 2022 for refurbishment, with Walt Disney World’s version of the popular ride reopening on February 10 and Disneyland Guests having to wait until March 7.

Some Disney fans wondered if this closure would be for the large retheme. Disney has not yet announced when either Disney World or Disneyland will be seeing the newly updated Princess and the Frog (2009) attraction.

Now, in a surprising day for Disney fans, Walt Disney World has removed “Zip-a-Dee-Doo-Dah” from the Festival of Fantasy parade soundtrack. 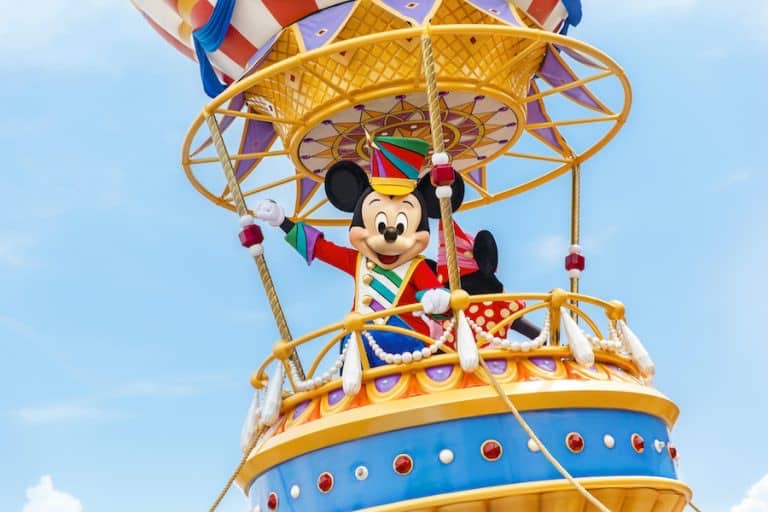 The parade returned today, March 9, after a long period of entertainment being missing from Disney Parks across the world.

But when the fan-favorite Festival of Fantasy parade returned today to Magic Kingdom, Guests noticed that the “Zip-a-Dee-Doo-Dah” reference did not.

In a live stream video from EarsomEmporium with Genevieve, there is a noticeable difference in the parade’s soundtrack, right at the end of the parade as the Mickey Mouse float goes by.

Right as Donald Duck approaches on his float, you can hear the “Mickey Mouse March”, which used to turn into “Zip-A-Dee-Doo-Dah”, but that no longer occurs and instead, it is replaced with music. Take a listen in the video below:

This is an interesting erasure on Disney’s part. Splash Mountain’s Song of the South retheme was announced to provide a more “inclusive” ride experience. Guests then petitioned to keep the ride with its famous songs like “Zip-a-Dee-Doo-Dah” and “Ev’rybody’s Got a Laughing Place.”

The 1946 movie is considered to be one of the most controversial films in Disney’s portfolio. It has never made available on home video in the U.S. and is currently missing from Disney’s streaming service, Disney+.

Song of the South is a mix of live-action and animation and features an older African-American plantation laborer named Uncle Remus who tells stories to a young white boy. Groups including the NAACP protested the film’s initial release. 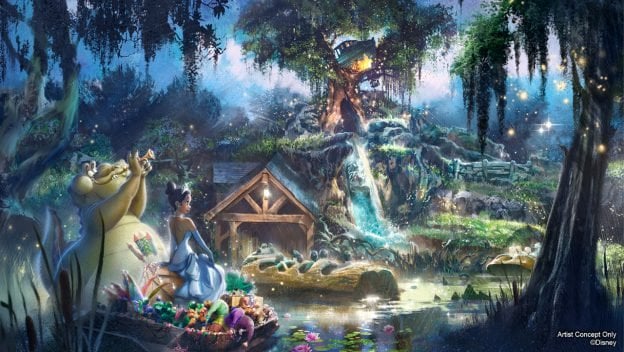 The official Walt Disney World description of the ride reads:

Gently drift through a colorful Southern bayou along with happy-go-lucky Br’er Rabbit as he looks for his “laughing place.” But be warned: Br’er Bear and Br’er Fox are in hot pursuit of this wayward hare.

Glide by over 100 adorable Audio-Animatronics geese, frogs, raccoons, possums, bees, alligators and other down-home critters as they sing classic Disney ditties, including “Zip-a-Dee-Doo-Dah” and “Ev’rybody’s Got a Laughing Place.”

Then hang on to your hats—this delightful musical cruise ends in an exciting 5-story splashdown into a thorny Briar Patch!

You Will Get Wet

This attraction includes 950,000 gallons of water, 3 dips and a 5-story drop. Where you’re seated will determine how wet you’ll get. Riders in the back may experience a sudden splash or spray; those who opt for the front can expect to get soaked.

For Guests looking to ensure their personal items remain dry, lockers are available to rent near the Main Entrance