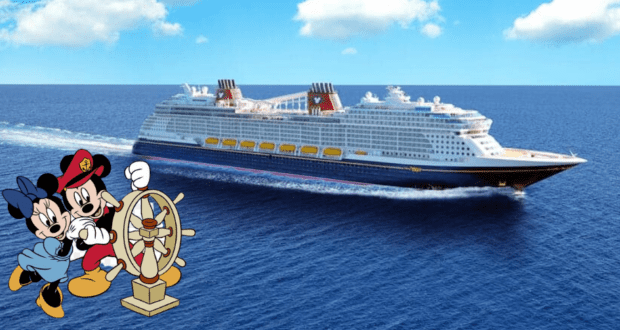 The Disney Wish is one step closer to its maiden voyage, recently hitting her last construction milestone before setting sail to Port Canaveral!

The newest ship to launch from Disney Cruise Line began construction just over two years ago, a true engineering achievement by the work not only of Disney Imagineers who designed and created the story for the ship, but also for the thousands of shipyard workers who made this vision come to life. A ship’s delivery is a major milestone in the construction of any maritime vessel, and for the Disney Wish, numerous executives from both Meyer Werft and Disney Cruise Line were on hand to watch the exchange of ownership and changing of the flags onboard. During the exchange, Disney gifted Meyer Werft a gorgeous Cinderella statuette as a sign of gratitude for the company’s work, inspired by the life-sized bronze statue that Guests will see as they enter the ship’s atrium. And, at the conclusion of the ceremony, Captain Marco Nogara began the Disney Wish’s transatlantic journey to her new home port in Port Canaveral, Florida.

The Disney Wish will depart for her maiden voyage from Port Canaveral on July 14, 2022, running four and five-night cruises to Nassau, Bahamas, and to Disney’s private island, Castaway Cay. The ship will feature all-new entertainment, dedicated areas for kids, teens, adults, and the whole family, as well as themed cruises to Pixar, Star Wars, and Marvel. During the announcement for the Disney Wish, it was also confirmed that two additional ships will be joining the Disney Cruise Line fleet. Further details on those ships have not yet been announced, but we will be sure to share updates as they are available here on Disney Tips.

For more information, or to begin planning your next Disney Cruise Line vacation, visit DisneyCruiseLine.com.