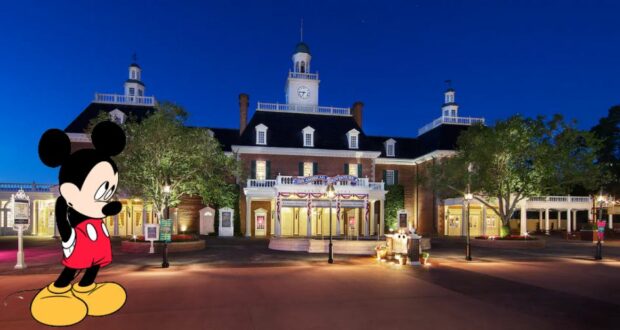 If visiting Walt Disney World Resort in the near future, take note at one of EPCOT’s most iconic attractions is scheduled to close later this month with no reopening date noted.

EPCOT’s World Showcase has been the center of much attention recently, as a video was released of a fire that broke out in the American Adventure Pavilion near America Gardens Theatre. The fire was believed to be caused by the nighttime spectacular, Harmonious.

On the heels of that Disney Park news, but not seemingly related, Disney has revealed that its iconic The American Adventure attraction is closing on Monday, September 19, 2022.

The American Adventure is now listed on the Walt Disney World refurbishment calendar as “closed for refurbishment.” Unfortunately, the closure has no reopening date, leaving the closure indefinite.

While the attraction is nowhere near as popular as other World Showcase experiences such as Remy’s Ratatouille Adventure in the France Pavilion or Frozen Ever After in the Norway Pavilion, it is still a Disney fan favorite as a great way to get that dose of patriotism right in the heart of EPCOT.

The American Adventure takes Guests on a journey as America’s story unfolds with the help of 35 audio-animatronic figures, a 72-foot screen, and a list of patriotic songs.

Disney describes The American Adventure attraction as “An Epic Journey,” along with:

You’ll even encounter luminaries like Susan B. Anthony, Frederick Douglass, Thomas Jefferson, Chief Joseph and Teddy Roosevelt, among others.”

We hope the refurbishment is brief and the attraction is up and running soon. In the meantime, Guests can continue to enjoy the current EPCOT International Food and Wine Festival along with new EPCOT experiences such as Guardians of the Galaxy: Cosmic Rewind.

We will be sure to keep Disney Tips readers updated as we learn more about The American Adventure closure.

2022-09-08
Jamie Sylvester
Previous: Woman Gets On All Fours To Twerk in Front of Donald in Distasteful Display at Disney Park
Next: Walt Disney World Fans Want Disneyland’s Incredibly Rare Character To Come To Florida