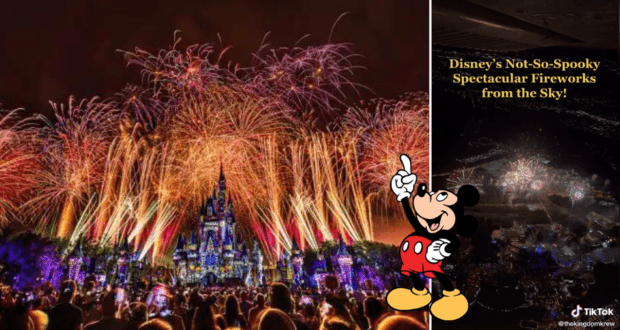 VIDEO: The Unique View of Disney’s Halloween Fireworks You Have to See

It is no secret that the Walt Disney World Resort offers Guests the experience of seeing some of the best fireworks anywhere, but there are some ‘secret’ viewing locations outside of the usual spots in front of Cinderella Castle that fans like to head to for these nighttime spectaculars.

Any viewing location for fireworks at Magic Kingdom Park is even more magical during a special event like Mickey’s Not-So-Scary Halloween Party and Mickey’s Very Merry Christmas Party when perimeter fireworks are set off all around the Disney Park. RELATED: How to Plan Your Night at Mickey’s Not-So-Scary Halloween Party

We love watching the fireworks from behind Cinderella Castle in Fantasyland, and even in Frontierland for a unique vantage point, but what about watching them from the sky?

One Disney fan did just that during a recent flight above Orlando, and you have to see the view! Check out this video by @thekingdomkrew on TikTok to catch a glimpse of Disney’s Not-So-Spooky Spectacular Fireworks from the sky:

While you can’t get this vantage point without being on a plane yourself, you can catch a ground-level view of Disney’s Not-So-Spooky Spectacular Fireworks during Mickey’s Not-So-Scary Halloween Party, which runs select dates through October 31, 2022. 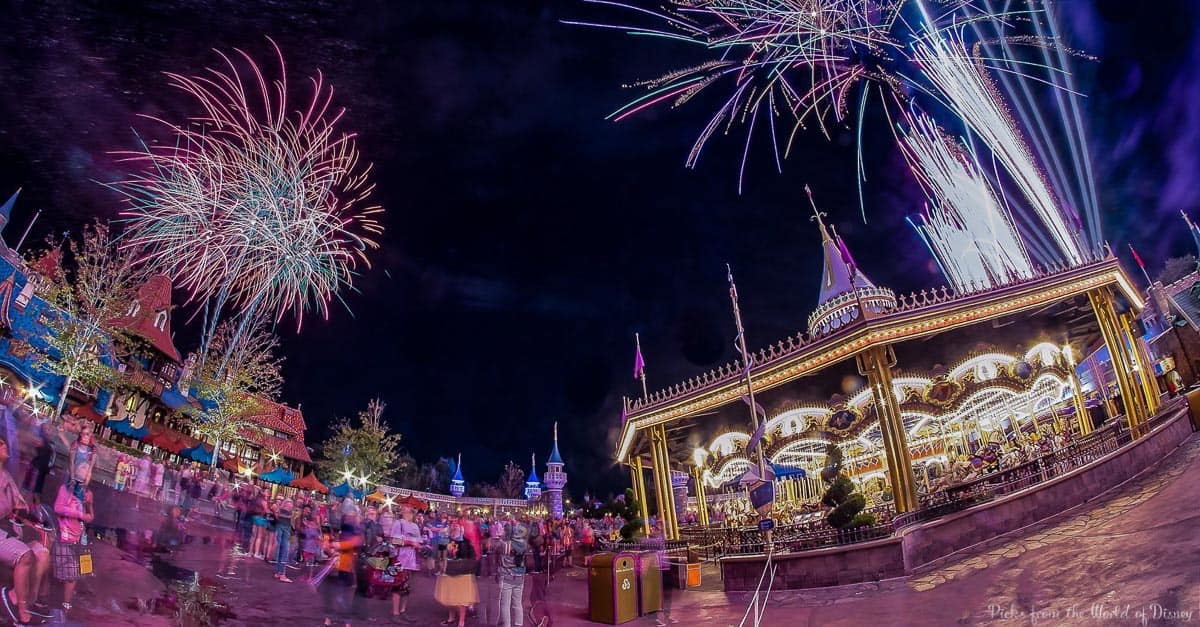 RELATED: The Magic Kingdom Attractions to Watch Disney Fireworks From

Tickets to Mickey’s Not-So-Scary Halloween Party are going quick with the remainder of August dates already sold out and September nearly half sold out, in addition to the final two dates (including Halloween.) If you plan to attend this year’s Halloween festivities in the Magic Kingdom be sure to order your tickets soon on DisneyWorld.com.

Otherwise, if you happen to be flying out of Orlando International Airport either during Disney’s Not-So-Spooky Spectacular or during Disney Enchantment on a non-party night, keep your eyes peeled. You may just catch an incredible view of Disney’s fireworks!

2022-08-19
Brittany DiCologero
Previous: What’s Going On With the Closed Restaurants at Disney’s Monorail Resorts?
Next: Oops! This Disney Ride’s Animatronic Is Not Supposed To Do That!