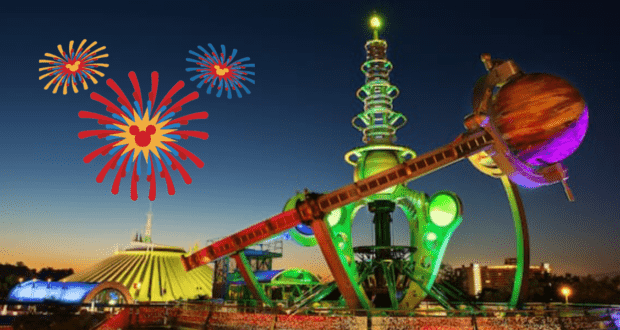 The Magic Kingdom Attractions to Watch Disney Fireworks From

The best way to end a Disney day is with Walt Disney World fireworks. Period. But does it matter where you watch them from?

Currently there are three options available to Disney Parks Guests, that allow them to see Disney fireworks in the Walt Disney World Resort:

When it comes to watching Disney Enchantment, most Guests will want to make sure they have a viewing spot in the hub in front of Cinderella Castle or on Main Street USA. Some Guests claim their Magic Kingdom firework viewing spot at least an hour before showtime, and even earlier if they want to watch the fireworks and projections on Cinderella Castle without any obstructions. 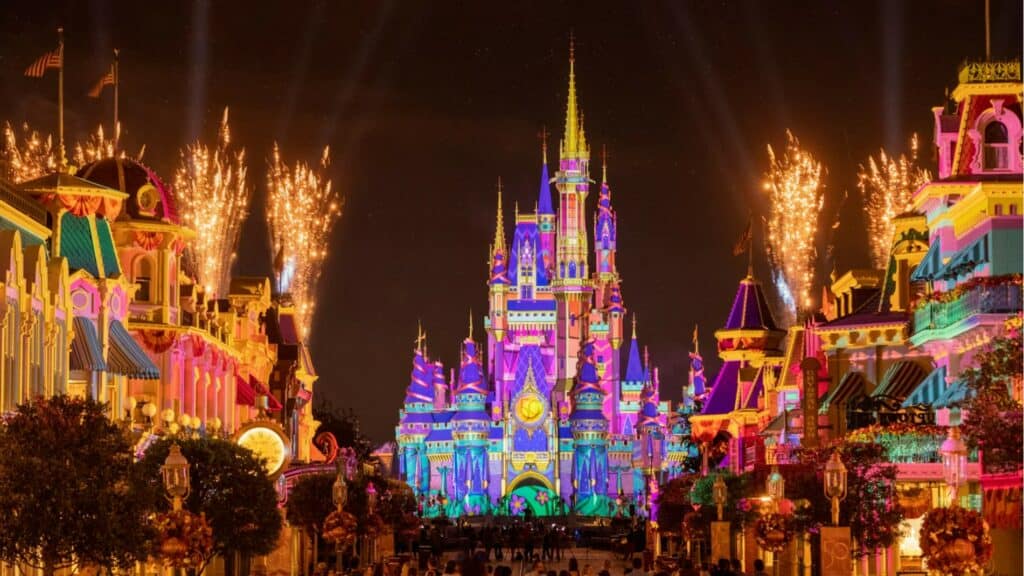 Other Guests will choose to watch Disney Enchantment from outside of Magic Kingdom, to avoid the crowds on Main Street USA. The Magic Kingdom Resorts have some great viewing spots, including:

Disney Enchantment has received mixed reviews though, with some Guests wishing that Happily Ever After will return to Magic Kingdom once again. As such, these Guests would rather enjoy the attractions around the Disney Park, instead of spending time choosing a viewing spot and waiting for the fireworks to start over Cinderella Castle.

Are you amongst those Guests who prefer to skip watching Disney Enchantment? Instead you’d prefer to take advantage of shorter line times, whilst most Guests are securing their viewing spot, or enjoying the fireworks to conclude their Disney day? There are some attractions in Magic Kingdom that you can catch a glimpse of the fireworks from. What a way to remember a ride experience for a long time to come?

Here are the attractions to consider riding whilst Disney Enchantment is showing. Make sure to consider the attraction wait times when choosing which line to enter, to give you the best chance of seeing the fireworks.

Due to being an outdoor attraction, the Tomorrowland Speedway offers Guests plenty of opportunities to watch the Magic Kingdom fireworks. It also shows Guests where the fireworks are set off from, to ensure they provide the perfect backdrop to the Castle protection show. If you don’t have another car behind you whilst riding the attraction, you may even be able to stop and take in the view, before completing your lap of the Tomorrowland Speedway. 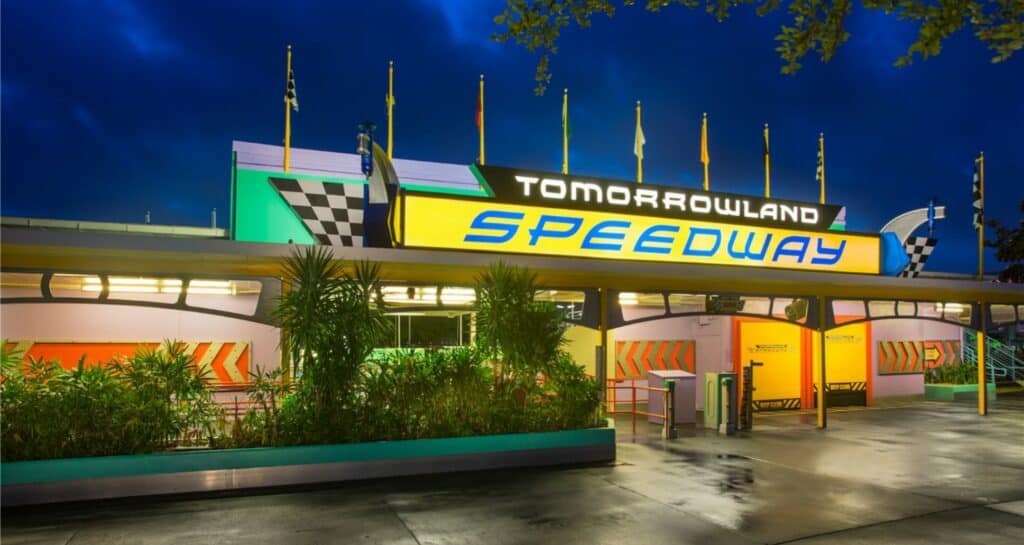 Whilst the PeopleMover doesn’t offer Guests as much viewing time of Disney Enchantment as the Tomorrowland Speedway, perfect timing when it comes to riding the attraction could mean that you catch a gorgeous glimpse of the castle projections with a perfect firework backdrop as you pass above Monsters Inc. Laugh Floor, with a view of Tinker Bell taking flight over the Cinderella Castle Hub. 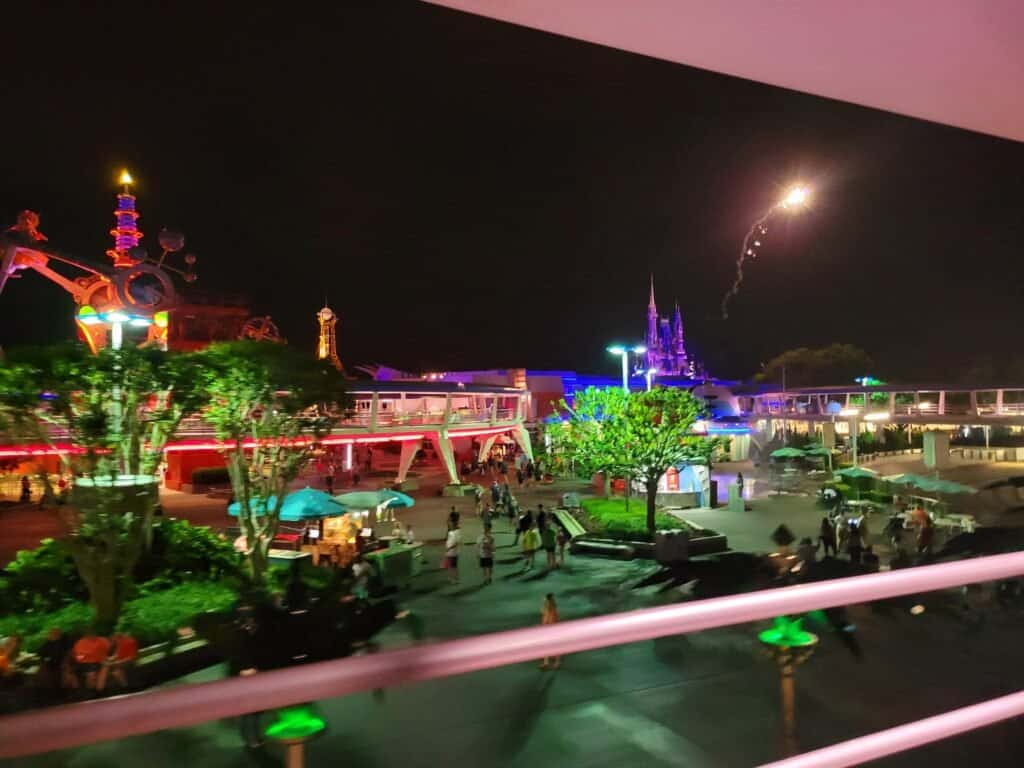 As long as line times are short, you may even be able to remain on the attraction for a second loop. You may catch two views of Cinderella Castle during Disney Enchantment if you board the Tomorrowland Transit Authority PeopleMover just before the fireworks show begins.

This incredibly popular Fantasyland attraction very rarely has a short line. With that in mind, sometimes you just have to bite the bullet and join the line to make sure that you get chance to ride it during your time in Magic Kingdom Park. What better time to ride it then, than during Disney Enchantment. From what we understand, the view from Seven Dwarfs Mine Train you see as you exit the mine can’t get much better than during the fireworks. Watch as the sky lights up over Beast’s castle, before making your way from the mine back to Snow White’s cottage. 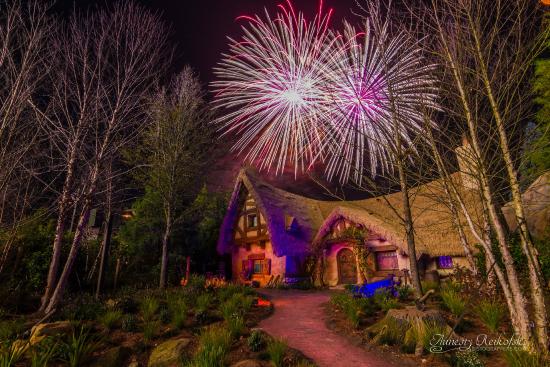 Be sure to ask a Cast Member about times that they suggest to join the line if you are wanting to view the fireworks whilst riding Seven Dwarfs Mine Train. Alternatively, you may wish to look for a Lightning Lane pass around the time of the fireworks to provide you with a better chance of viewing the fireworks when riding the attraction.

Sticking with Fantasyland, Dumbo the Flying Elephant is an outside attraction that can provide a glimpse of the fireworks in the night sky. This attraction is likely to have a short line later on in the evening, but you will need to give yourself a little bit of time to get there, as it is located at the back of Magic Kingdom. Time it right though, and you’ll be able to enjoy Disney Enchantment with views across Fantasyland. Just make sure you raise your elephant so it’s at the highest point of the ride. 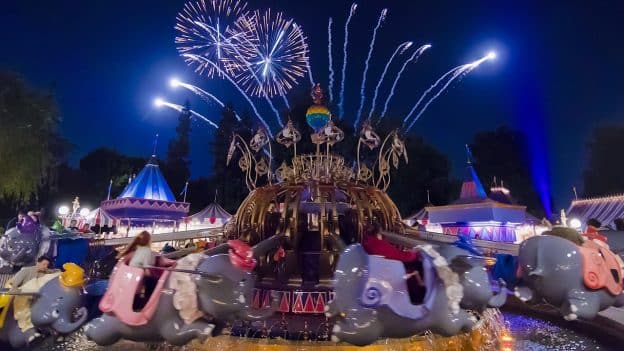 Close to Dumbo the Flying Elephant is The Barnstormer which is another spot to enjoy the Magic Kingdom fireworks from. Keep an eye on the wait time of this attraction as it can vary throughout the day. You can enjoy views across Fantasyland from the higher parts of the ride. Instead of turning left in Frontierland to enter the line for Splash Mountain, why not follow the path straight ahead and prepare to ride Big Thunder Mountain Railroad in the late evening? With the majority of the attraction being outside, you’re likely to view the fireworks over Tom Sawyer Island several times during your ride. Keep an eye on the line times so that you board the Mine Train during Disney Enchantment. 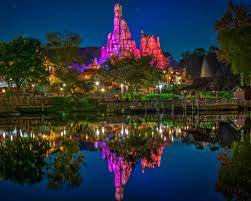