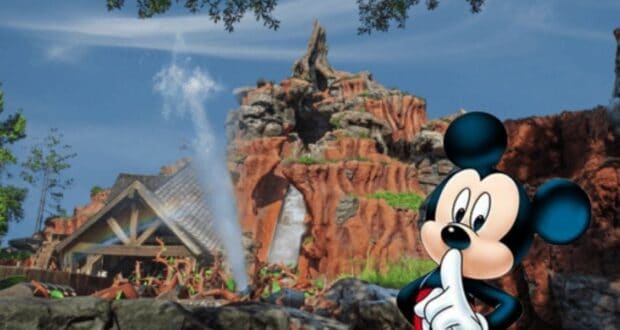 The Secret to a More Magical Ride on Splash Mountain

It’s one of the Walt Disney World Resort’s most iconic attractions, and yet there is still a way to ride Splash Mountain with a whole new magical perspective.

Located at the Magic Kingdom Park in Frontierland, the water ride has become part of the thrilling mountain challenge. Guests must complete all three mountains: Splash Mountain, Space Mountain, and Big Thunder Mountain Railroad to “conquer” all the mountains at Walt Disney World.

And with its thrilling drop, whimsical theming, and fun soundtrack, Splash Mountain has become one of Disney Guests’ favorite theme park rides. But, do you know the secret to getting a more magical trip down Br’er Rabbit’s Southern Bayou?

Well, if you time it right, you could have the most magical Splash Mountain experience –  without having to pay for Disney Genie. The Disney Park water ride is home to over 100 Audio-Animatronics, including frogs, bees, alligators, and other critters, all of whom sing songs from the 1946 movie Song of the South. Iconic songs “Zip-a-Dee-Doo-Dah” and “Ev’rybody’s Got a Laughing Place” can be heard as Guests float through a colorful bayou with Br’er Rabbit, Br’er Bear, and Br’er Fox to an exciting 5-story splashdown into a thorny Briar Patch.

Disney Imagineers certainly added excitement to the Splash Mountain, with the popular Disney World attraction boasting 950,000 gallons of water, 3 dips, and a 5-story drop – so you will get wet! But it’s not just the theming and the songs that make this ride magical – it’s also its view of Magic Kingdom’s fireworks. At nighttime, the Magic Kingdom attraction becomes a different experience for Walt Disney Word Guests.

We were at Magic Kingdom in Walt Disney World recently and tested the fireworks trick, joining the line at 9:15 p.m. The wait time said 35 minutes, but it was a walk-on ride at that time of night – especially as Disney Enchantment was about to start at 9:20 p.m. As we went around Splash Mountain’s first outside part at the front of the attraction, the fireworks at Cinderella Castle were just beginning. And it was stunning. 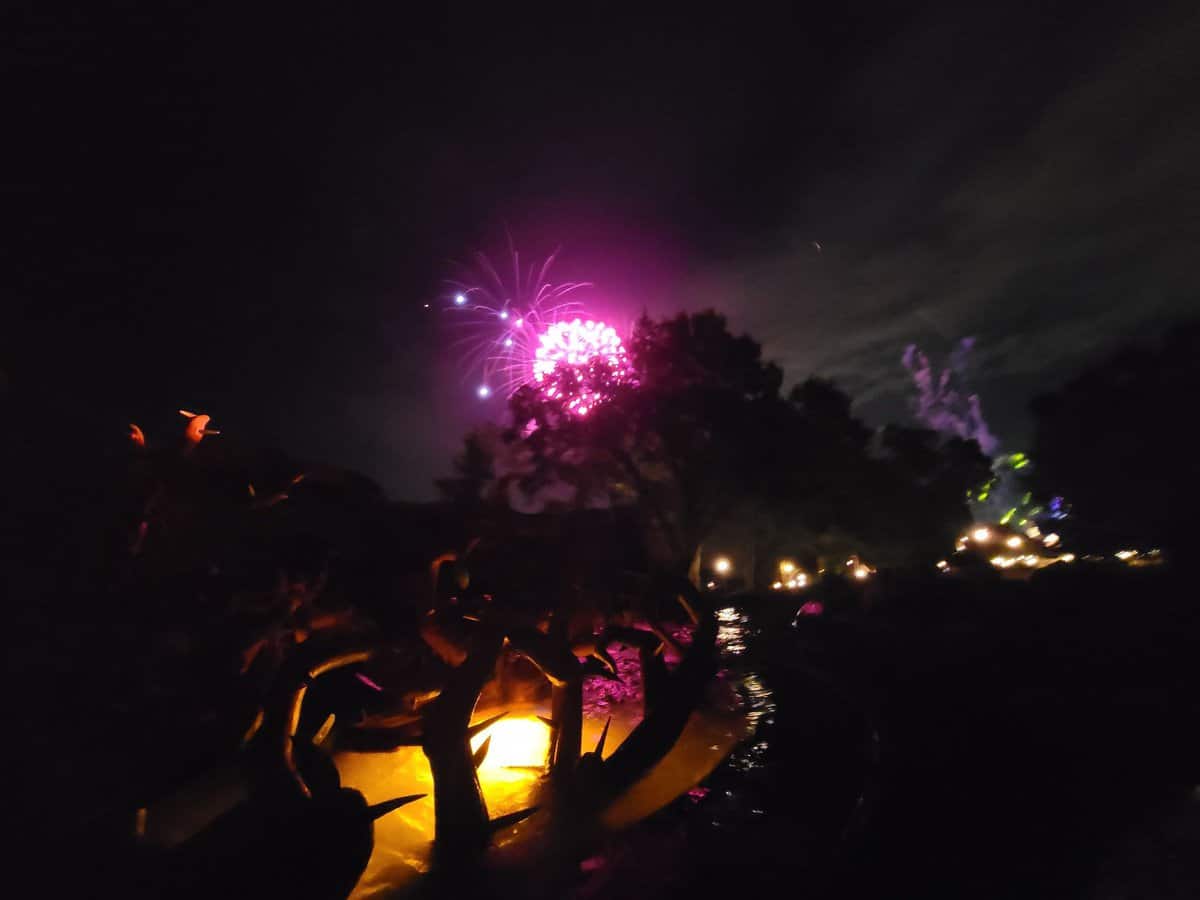 Every time we turned a corner we could see the beautiful Disney Enchantment fireworks. It added a whole new level of magic to Splash Mountain that many Disney Park Guests at Lake Buena Vista have never witnessed.

Imagine drifting down the Splash Mountain bayou, listening to its classic songs, while the color and magic of Magic Kingdom fireworks burst from above. A perfect end to a theme park day.

The best moment is the big drop itself. As you get to the crest of the hill and your boat makes the descent into the Briar Patch, you get a fantastic view of the fireworks and Cinderella Castle. The fireworks were exploding as we got the amazing view across Magic Kingdom at the top of the 5-story drop. Yes, there are many inside parts to the ride, but with its 11-minute length, Guests will have ample opportunities to witness the Disney Enchantment fireworks along the boat ride. Of course, this trick only works for Guests who don’t mind missing the full show and projections of Disney Enchantment. Usually, it is returning Walt Disney World Guests who try catching the fireworks show from Splash Mountain or Big Thunder Mountain, especially as this is a period when the wait times are lower and Lightning Lane and Disney Genie+ are not required.

There are not many outdoor rides at Walt Disney World in Central Florida that offer perfect views of the fireworks like Splash Mountain – and for as long. In Magic Kingdom, Tomorrowland rides like the Peoplemover and Astro Orbiter give Guests a great view of the fireworks, while the Seven Dwarfs Mine Train has glittering fireworks views in its location close to Cinderella Castle in Fantasyland.

At EPCOT, there are no attractions that truly give the same magical firework viewing of Harmonious as at Magic Kingdom, as the show is meant to be watched around the World Showcase Lagoon. Disney Parks has previously announced that Splash Mountain, in a stand against what many consider to be the “racist” undertones of the ride, will be rethemed completely into a Princess and the Frog (2009) ride. Ever since the reveal, Disney Parks have been removing references to Song of the South and Splash Mountain. In August 2020, Disneyland Resort quietly removed the attraction’s famous song, “Zip-A-Dee-Doo-Dah” from the Disneyland Resort esplanade music loop, and again in the Festival of Fantasy parade’s return to Disney World.

The 1946 movie is considered to be one of the most controversial films in Disney’s portfolio. It has never been made available on home video in the U.S. and is currently missing from Disney’s streaming service, Disney+. Song of the South is a mix of live-action and animation and features an older African-American plantation laborer named Uncle Remus who tells stories to a young white boy. Groups including the NAACP protested the film’s initial release.

Guests have petitioned to keep the ride as it is and not feature Princess Tiana, Prince Naveen, Ray, Dr. Facilier, and Louis the alligator. Both Splash Mountain at Magic Kingdom and Disneyland Parks closed on January 10, 2022 for refurbishment. Some Disney Parks fans wondered if this closure would be for the large retheme, but Disney has not yet announced when either Disney World or Disneyland’s Splash Mountain ride will be transformed into the Princess and the Frog attraction. 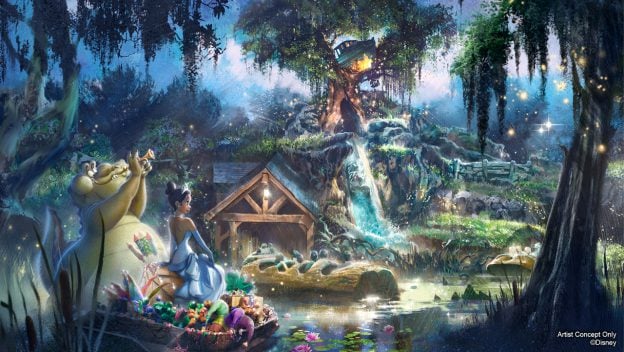 So, next time you’re at Magic Kingdom and don’t mind not being down Main Street, U.S.A. during Disney Enchantment, remember to head to Splash Mountian for a more magical experience down the bayou!