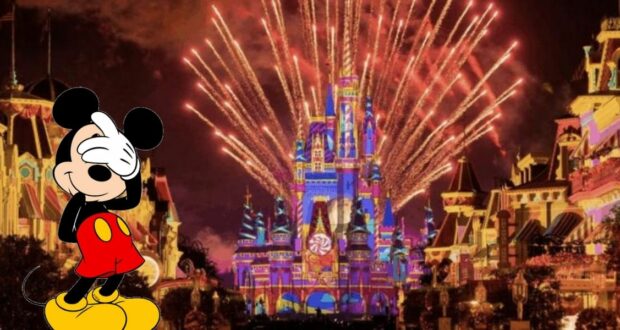 The Biggest Disney World Tip You Should Definitely Avoid

It’s one of the busiest moments of any Disney theme park day.

Walt Disney World’s fireworks are an eagerly-awaited part of Disney Guests’ vacations, with the Cinderella Castle show one of the most photographed things at Walt Disney World.

Back in May 2017, Walt Disney World Resort ended its run of the fan-favorite Cinderella Castle show, Wishes: A Magical Gathering of Disney Dreams, at Magic Kingdom. Happily Ever After followed Wishes, before being succeeded by the new nighttime spectacular Disney Enchantment for Walt Disney World’s 50th anniversary on October 1, 2021.

And with any of these nighttime spectaculars comes crowds. But there’s one “trick” that we recommend not following when it comes to leaving the Disney Park after a long day of magic. 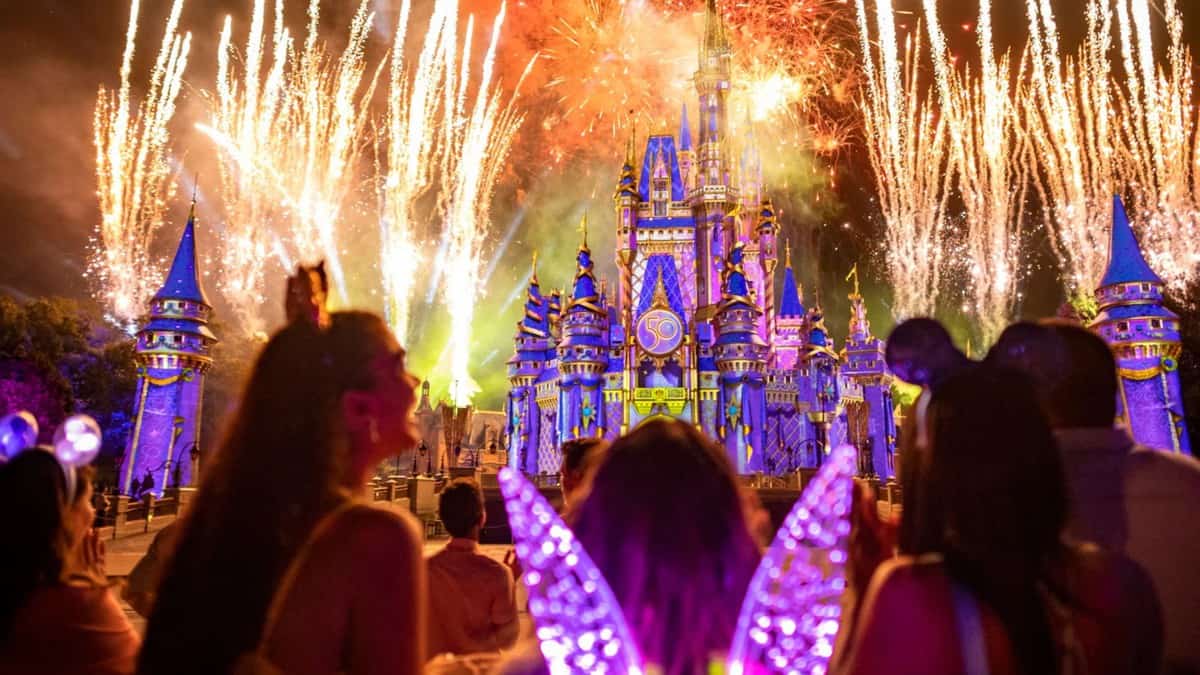 Right after the new nighttime spectacular Disney Enchantment in Magic Kingdom ends, the Monorail can see huge lines form in the front hub area of the Florida theme park of people waiting to get back to the Transportation and Ticket Center.

The beloved Disney Monorails transport Guests from the Transportation and Ticket Center to the front of the Magic Kingdom. Disney’s Grand Floridian Resort, Disney’s Contemporary Resort, and Disney’s Polynesian Village Resort also are on the Monorail line loop and provide Disney Resort Hotel Guests a convenient way to get back to the parking lot.

Of course, Guests who are not hotel Guests can head left to the Resort Monorail queue and take this back to their car through Disney’s Grand Floridian and Polynesian Resorts, but there is another way to avoid the massive lines of Guests.

Many Disney fans will advise Guests with young families and children to head back to their hotel or Airbnb after Disney’s fireworks have ended, after a long theme park day meeting Disney characters, riding attractions, and watching parades. 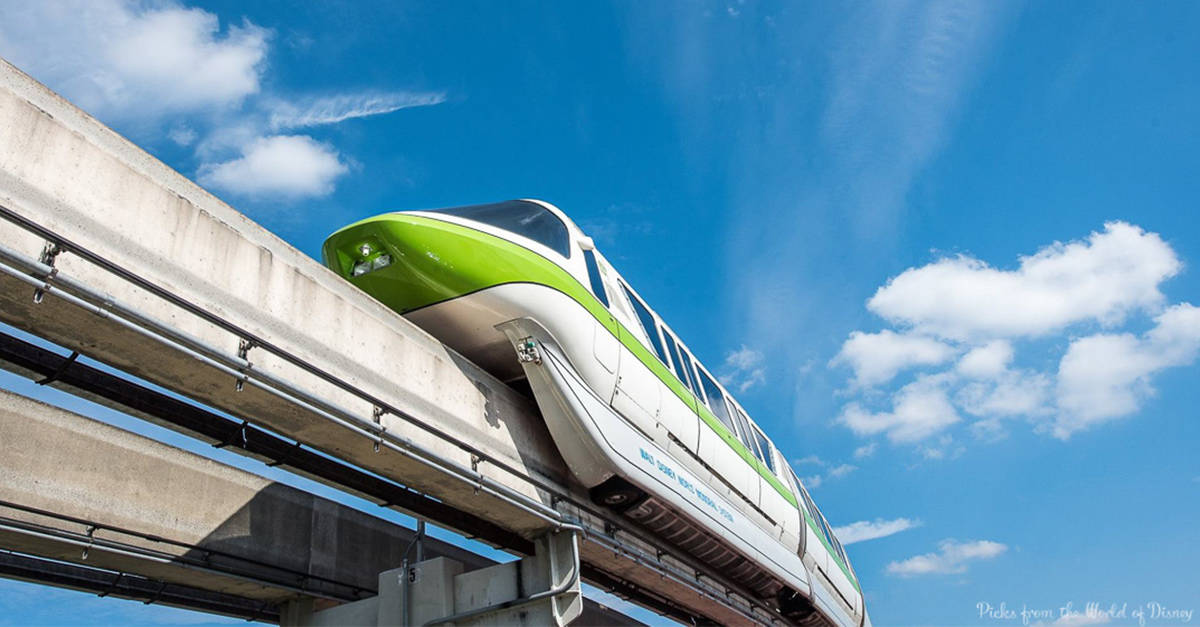 But that actually could end up being the worst idea.

When Disney Enchantment ends – usually around 9:15 p.m. – thousands of Disney Guests head to the Magic Kingdom exit. The exit gates get clogged, the hub becomes chockablock, and the Monorail and Ferryboats get incredibly busy.

But here’s the thing. Magic Kingdom Park usually closes a couple of hours after the fireworks end! There is still plenty of time to enjoy a couple more attractions, usually with shorter lines, and wait for the crowds to disappear. Or, meander through the Emporium and take your time looking at Disney merchandise.

So, though many will say head home to bed and rest those tired feet, it may in your favor to maximize your time and wait behind. You’ll get to enjoy one more experience of Disney magic, and it will take you less time to exit when you finally decide to. 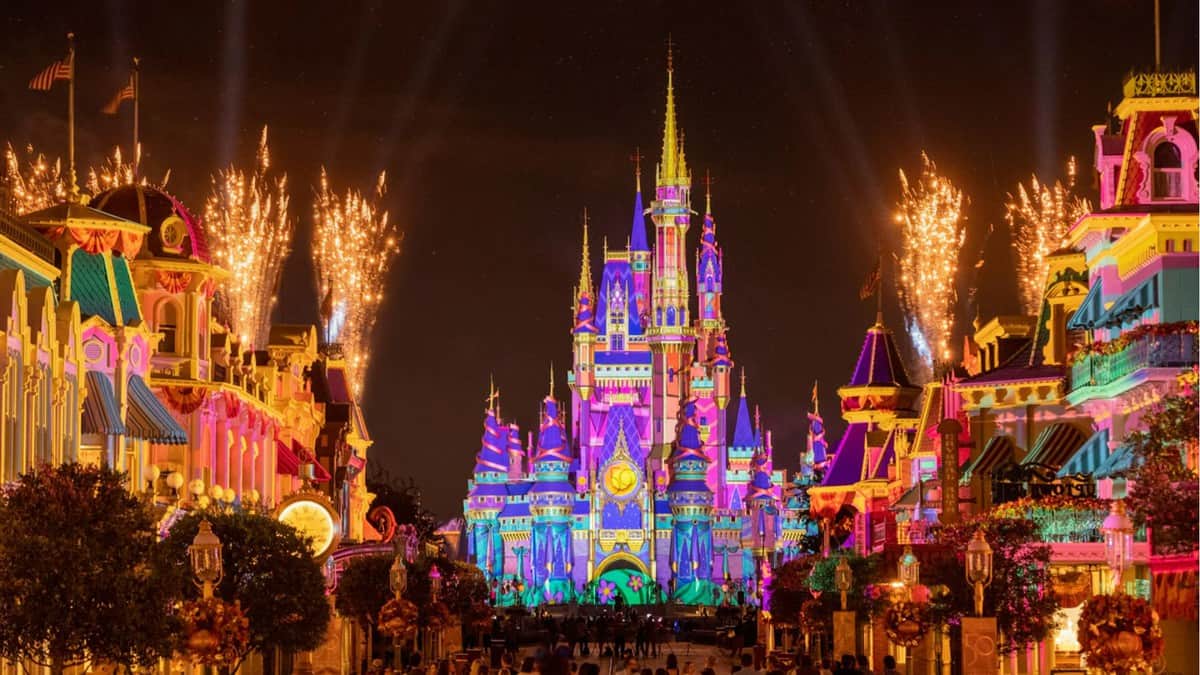 Reactions from Disney Guests to Disney Enchantment have been mixed thus far, with some Guests loving the show, and others suggesting that it does not live up to its predecessor or feel like a 50th celebration show for Magic Kingdom. 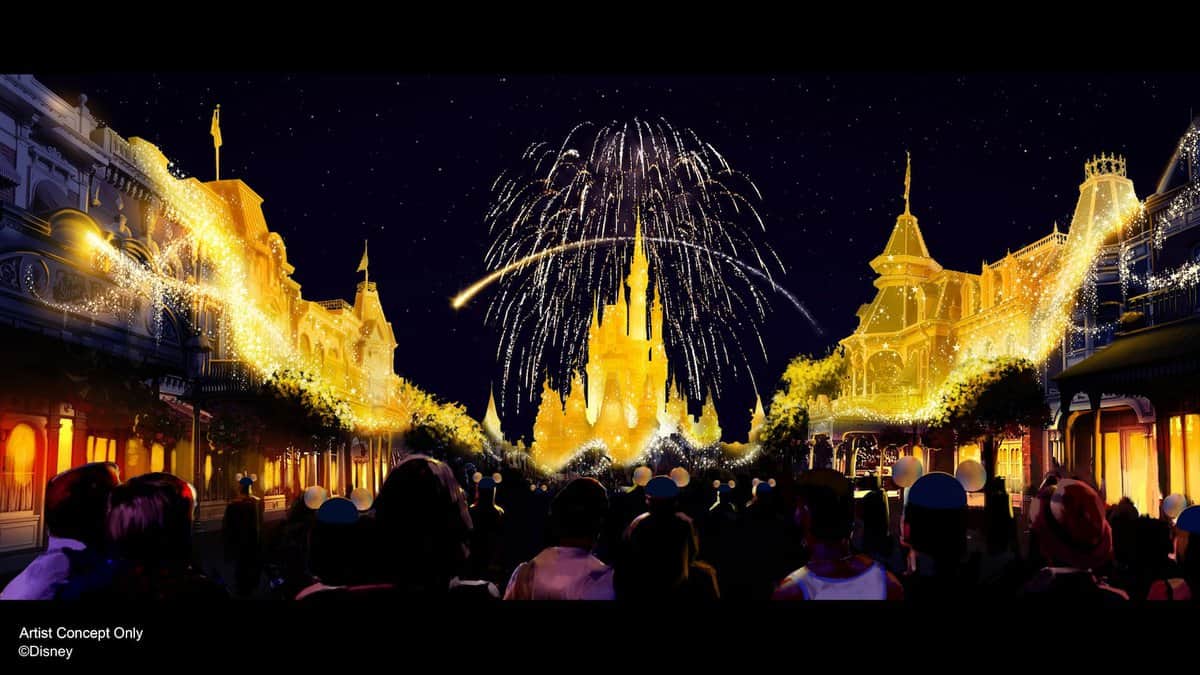 Disney Enchantment is described by the Walt Disney World Resort as:

“Disney Enchantment” features characters, moments, and music from dozens of Disney and Pixar animated films. The show takes us beyond the ordinary to a land of magic, where we’re swept up in a world of wonder filled with friendship, love and fun. Through it all, we’ll discover we only have to look within to find the power to believe and make dreams come true, because the magic was inside us all along!

This all-new spectacular inspires everyone to believe in magic, with captivating Disney music, enhanced lighting, immersive projection effects that extend for the first time down Main Street, U.S.A., and an emotional original song, entitled “You Are the Magic,” by seven-time GRAMMY-winner Philip Lawrence. And throughout the show, stunning fireworks fill the sky, providing a great experience for guests throughout the park and neighboring resort hotels.

2022-03-23
Melissa Cannioto
Previous: Did Rex Get Dropped? Details Revealed for Disney’s After-Hours Summer Party
Next: Disney Seeks Help for This Unique Skill. Do You Have What It Takes?