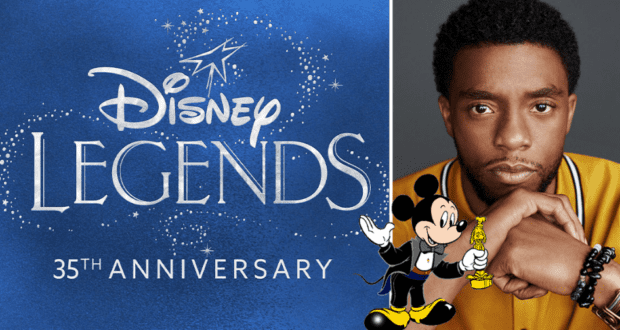 The entertainment lineup includes brand new footage, announcements, first looks, sneak peeks, and special presentations. Classic and upcoming animated films and titles available for streaming will be topics of discussion in different panels at the event.
D23 just announced recipients for the Disney Legends Awards Ceremony, which will open the weekend affair at 10:30 a.m. in Hall D23 inside the Anaheim Convention Center. Also included in the opening ceremonies will be “an early look at Disney 100 Years of Wonder—an extraordinary celebration 100 years in the making.”
Disney’s CEO Bob Chapek stated,

“For nearly a century, Disney has been entertaining and inspiring people around the world. I can’t wait to give fans a first look at what we have in store for our hundredth anniversary, and how we’re using this occasion to celebrate all the fans and families who have welcomed Disney into their lives.”

Fans will be able to stream the opening ceremonies via D23 Expo [LIVE]. The event will also include, “musical performances, special guests, and surprises for the audience.”
Cast Members from Disney On Broadway’s Aladdin, The Lion King, and The North American Tour of Frozen will also be on hand for a special performance.
The Disney Legends Award is a prestigious honor, given to those who have contributed to the Disney Legacy.
The event will be hosted by Emmy® Award winner Tamron Hall. This year’s Disney Legends Award honorees are as follows:
Anthony Anderson
Kristen Bell
Chadwick Boseman
Rob’t Coltrin
Patrick Dempsey
Robert Price “Bob” Foster
Jonathan Groff
Don Hahn
Josh Gad
Doris Hardoon
Idina Menzel
Chris Montan
Ellen Pompeo
Tracee Ellis Ross
There’s so much to look forward to at this year’s D23 Expo! We’ll be sure to keep you posted as more news comes in!
2022-08-19
Christy Weinberg
Previous: Oops! This Disney Ride’s Animatronic Is Not Supposed To Do That!
Next: A New DOLE Whip Inspired by ‘Moana’ Is Coming to Walt Disney World