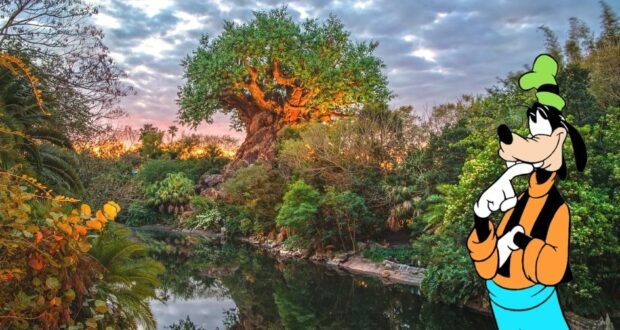 Have you ever lost anything at Walt Disney World Resort? Well, you could actually be helping Disney with your lost, unclaimed item!

All Disney Resort Hotels have now reopened in Central Florida as Guests book a stay to enjoy Walt Disney World Resort’s 50th Anniversary. The Disney Parks are brimming with eager fans checking out experiences such as the return of the Festival of Fantasy Parade at Magic Kingdom, Remy’s Ratatouille Adventure at EPCOT, Star Wars: Rise of the Resistance at Disney’s Hollywood Studios, and KiteTails at Disney’s Animal Kingdom.

As Guests shuffle through the Resorts and Parks it is no surprise that items get lost from time to time. From Mickey ear to sunglasses and just about everything in between, Walt Disney World’s lost and found is a seemingly endless space of Disney Guests’ lost items.

Now, Disney has decided to take advantage of one unique item that sometimes gets left behind… bottles of perfume and cologne! Interestingly enough, this lost and found item benefits none other than the gorgeous tigers that call Disney’s Animal Kingdom Park home.

Dr. Mark Penning, Vice President of Disney’s Animals, Science & Environment, took to Instagram to share the video below with the following message:

“#DidYouKnow big cats love investigating the smell of perfume and cologne? Cast Members began donating unwanted bottles of perfume and cologne to Disney’s Animals, Science and Environment team, providing a variety of scents. Soon the Theme Park Lost & Found team began donating, too! Unclaimed bottles across all four parks, two water parks, ESPN Wide World of Sports Complex and Disney Springs were collected and donated instead of using new products. It’s the “prrr-fect” way to give these products a second life while creating a more enriching habitat for the big cats in our care.”

What a GREAT idea! We love that Disney thoughts of the perfect way to use this lost item to benefit one of the many amazing creatures that call Walt Disney World home.

Just think… next time you leave a bottle of perfume or cologne behind at Disney, you may just be supporting the incredible tigers that roam Maharajah Jungle Trek at Disney’s Animal Kingdom!