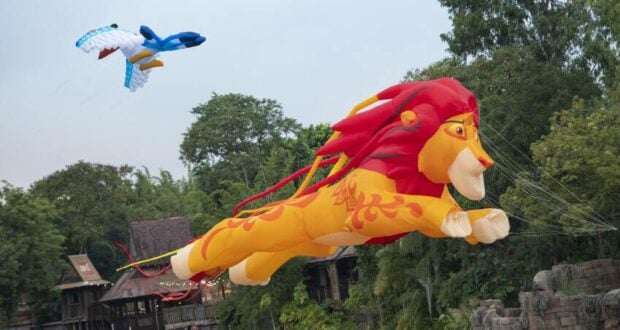 We are just two days away from the 50th Anniversary of Walt Disney World on October 1st, 2021. One of the new additions coming to Disney’s Animal Kingdom is KiteTails. We now have some photos of what this show will look like. 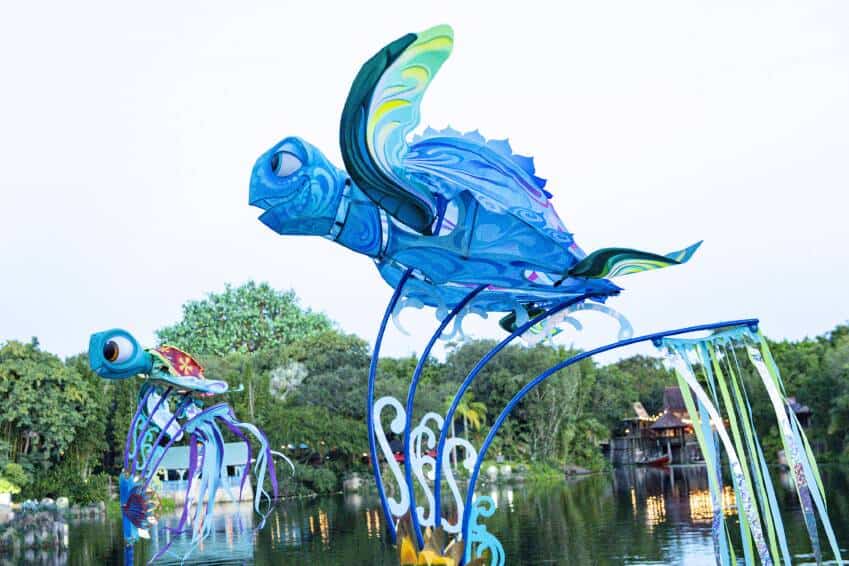 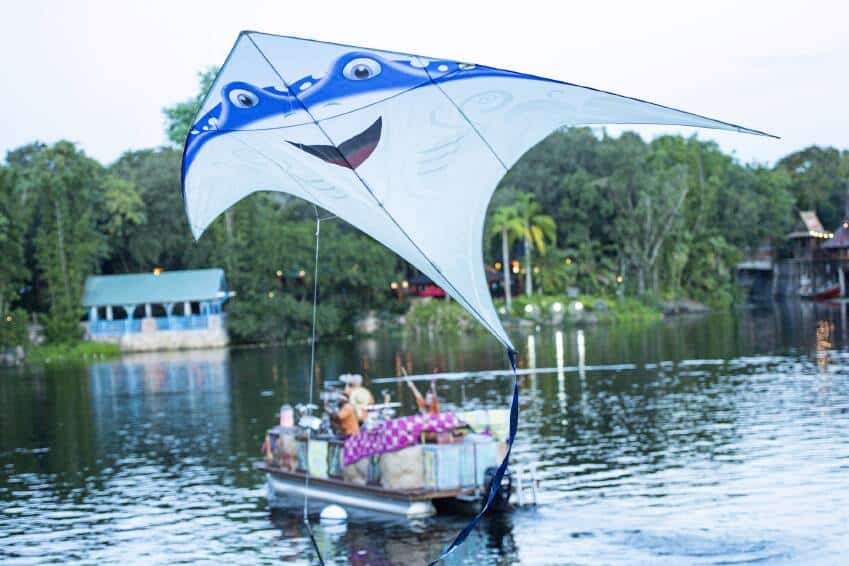 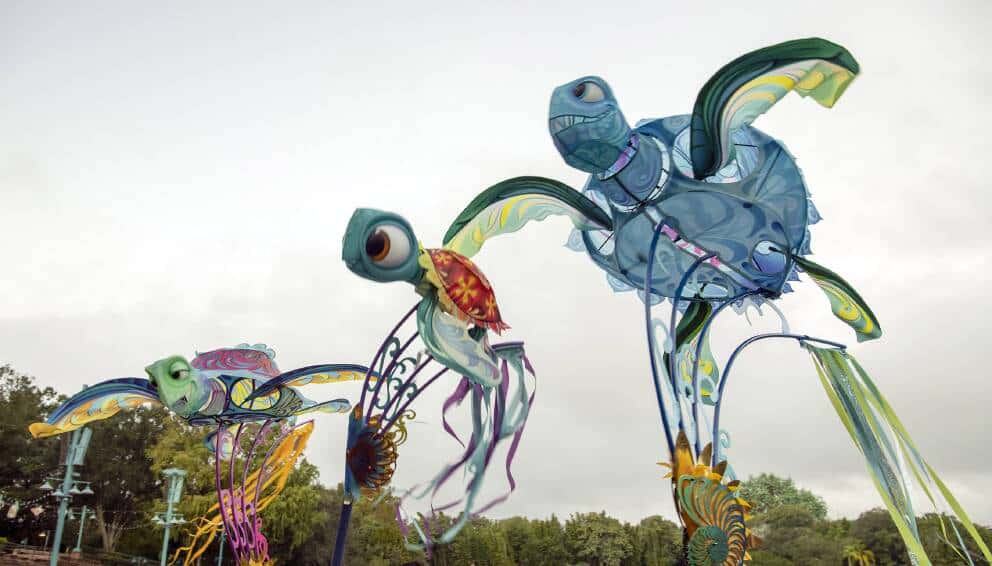 If you want a more in-depth description, Shawn Slater shared with Disney Parks Blog when it was announced:

“Beginning Oct. 1 as part of the Walt Disney World Resort 50th anniversary celebration, “Disney KiteTails” will take the magic of nature and Disney storytelling to new heights, immersing everyone in a gala performance of color and movement at Disney’s Animal Kingdom Theme Park.

It’s all set to happen several times daily at the Discovery River Theater, near DinoLand U.S.A. As you make your way into the space, you’re joined by a team of performers bringing with them a colorful collection of oversized props and kites adorned with Disney animal friends from “The Little Mermaid,” “a bug’s life” and “Finding Nemo.” Original, worldbeat arrangements of favorite Disney tunes fill the air, and the excitement builds toward the launch of an impressive show of kites over the lagoon.

Watercraft zoom into view, pulling with them dynamic kite trains and enormous, three-dimensional kites depicting familiar characters from “The Lion King” or “The Jungle Book.” From one performance to another, you may see Baloo the bear dancing in the sky or Zazu the red-billed hornbill chasing after Simba. These remarkable kites, some as large as 30 feet in length, are inflated by moving through the air, allowing characters like King Louie or Timon and Pumbaa to soar like never before!” 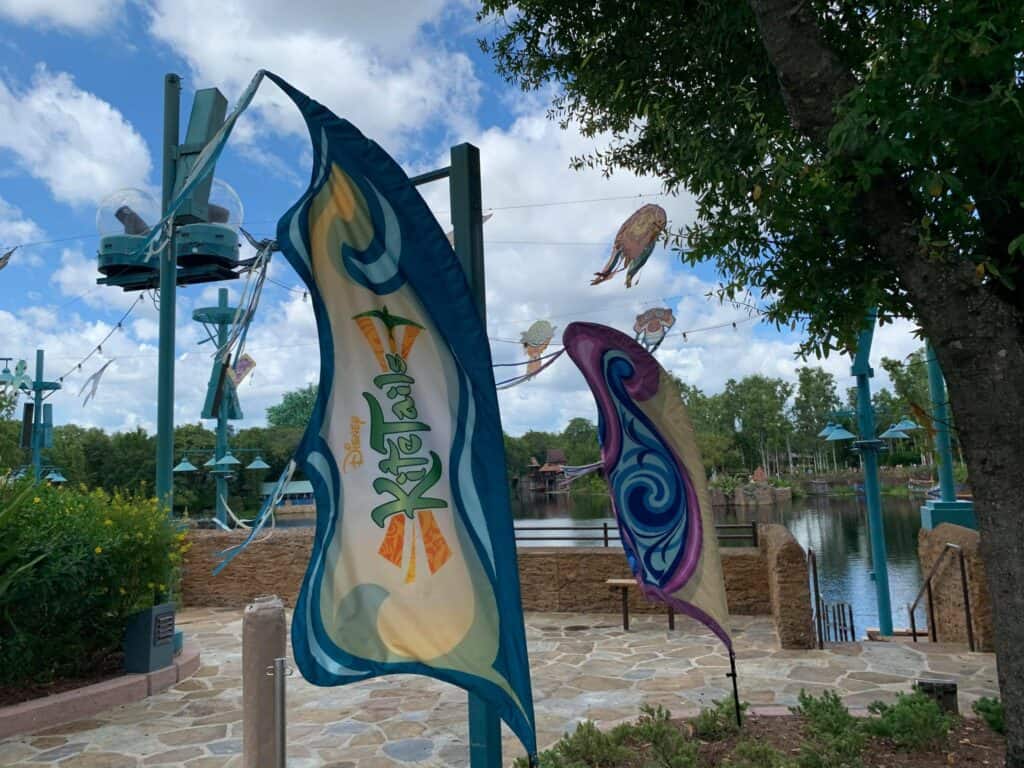 We are at Disney’s Animal Kingdom today, and here are the flags that Guests can see to welcome you to the show. We can’t wait for it.