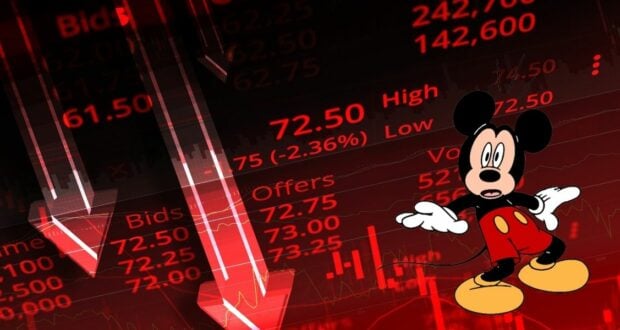 Ouch, it’s been a bit of a rough year for Disney Parks. If you’re not familiar with the political saga between Disney World and the State of Florida, there has essentially been an ongoing series of conflicts that have resulted in a backlash against the parks. This began when Disney openly denounced Florida’s “Don’t Say Gay” bill which was passed and announced their support for the law to be repealed.

The months to follow would result in a repeal of Disney’s Reedy Creek Improvement Area (which essentially allowed the area of and around Disney World to act as its own county), and an attempted repeal of Disney’s no-fly zones over the California and Flordia Parks.

But it’s not all strictly political.

Disney Parks have continued to raise prices and implement Park policies which have not gone over well with the public.

Disney Stock hit its all-time low in March of 2020 (as many stocks plummeted as a result of the Pandemic) at $85.98. Disney would see a high one year later in March of 2021, at around $200.00. Since then things have leveled off, dropping slowly yet still experiencing some peaks. Until this week.

As of May 19, 2022, Walt Disney Company stock has fallen to $105.30, which is the lowest it has been since the height of the Pandemic. And it continues to fall.

It’s difficult to compare the current dropping to the fall during the Pandemic, as times have changed since March of 2020 and we’re at a very different place than we were then. It’s unclear what specifically is causing this drop, but predictions have claimed that this could be Disney’s worst year on the stock market, and so far, it’s not looking good.

Disney World announced yesterday a change to Genie+ which would remove the option to purchase Genie+ when you purchase a Park Ticket, which has not gone over well with Disney Park fans.

The public took to social media yesterday to express their feelings of “enough is enough” with Disney’s Parks continued updates and policies such as paid lightning lanes, Park Hopper rules, and the reservation system. This Genie+ update seems to have pushed parkgoers over the edge, so time will tell if this could have anything to do with the stock and if these changes at Disney Parks will ultimately drive the public away.