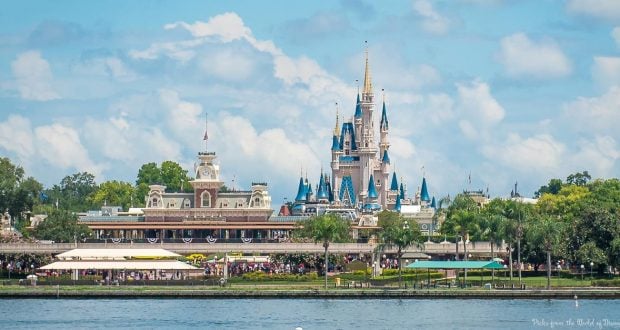 Do You Know These Facts About Walt Disney World’s Magic Kingdom?

Do you consider yourself a Disney superfan?

Maybe you’re a repeat Guest at Walt Disney World. Perhaps you’ve even taken a backstage tour from Disney’s Enchanted Extras Collection, so you know a few secrets about Disney’s Magic Kingdom theme park (like the fact that there are tunnels called Utilidors running beneath it so that Cast Members can move around without ruining the magic).

But how much do you really know about Disney’s Magic Kingdom? As the oldest theme park in WDW, Magic Kingdom guards its secrets well.

But today, we’re breaking open the vault with a few little-known facts about the most beloved Park on WDW property.

Many attractions at Disney’s Magic Kingdom Park debuted first in California’s Disneyland, which opened in 1955, and then replicas were made for the Park in Orlando when it opened in 1971.

Pirates of the Caribbean, Haunted Mansion, Jungle Cruise, “it’s a small world” and Dumbo the Flying Elephant are just a few examples of WDW attractions that appeared first in Disneyland and were later built in Disney’s Magic Kingdom Theme Park.

However, in 1975, Space Mountain debuted in Magic Kingdom, and its grand opening was attended by actual astronauts (Jim Irwin, Scott Carpenter, and Gordon Cooper). A couple of years later in 1977, Disneyland got its own Space Mountain, making this the very first attraction ever to be built first in Walt Disney World, and later making an appearance in Disneyland.

Did you know that it was once possible to visit the homes of Mickey and Minnie Mouse in Disney’s Magic Kingdom theme park?

Mickey’s Toontown Fair (formerly referred to as Mickey’s Starland and Mickey’s Birthdayland) was once one of the lands in Magic Kingdom until it closed in 2011.

Mickey’s Toontown Fair was a colorful land accessed through Fantasyland that served as a huge area for character meet and greets. But Guests could also shop for souvenirs, visit the Toontown Market for snacks, play in Donald’s Boat, and even walk through the brightly colored homes of Mickey and Minnie.

At Mickey’s Country House, Guests would find Pluto’s doghouse in the backyard, Hidden Mickeys in the garage, and a bedroom closet full of Mickey’s trademark white gloves and spiffy red, black and white tuxedos.

Minnie’s Country House, heavy on the lavender and pink, included fun interactive details like a cake baking in the kitchen, a backyard gazebo, a microwave that popped popcorn, and an answering machine where Guests could hear Minnie’s messages from her friends.

The Treasure Below Cinderella Castle

Chances are when Guests walk down Main Street, U.S.A., they’re looking up at Cinderella Castle, not thinking about what lies beneath this Magic Kingdom icon. But there’s much, much more to the Castle than meets the eye!

Underneath Cinderella Castle lies ones of the most important systems in the Park: the Digital Animation Control System, or DACS. You can think of it as the nerve center, or brain, of Disney’s Magic Kingdom theme park.

This elaborate computer system controls everything from security and power systems to lighting to the movements of the audio-animatronic figures throughout the Park. Walt Disney World’s other theme parks use similar hidden computer systems.

While many Guests take advantage of Walt Disney World’s complimentary bus, boat, monorail and gondola transportation while on vacation, there are also many Guests who drive to the most magical place on Earth.

In fact, the Magic Kingdom parking lot is bigger than the Park itself, at more than 125 acres (compared to Magic Kingdom’s 107 acres). It can accommodate over 12,000 vehicles, and it’s being expanded to hold even more!

Many Guests (this writer included) rush through Liberty Square to get to Disney’s Haunted Mansion, one of the most popular attractions in Magic Kingdom.

While this is certainly understandable, there’s a remarkable amount of history represented in Liberty Square that’s worth your time, once you’ve gotten off your Doom Buggy!

The massive tree towering over the Square is Magic Kingdom’s Liberty Tree, and it’s far older than the Park itself, at more than 135 years old. It’s an oak tree that was transplanted here, which must have been a feat because it weighed 35 tons when it was moved.

Guests can also view an exact replica of the Liberty Bell here, cast from the same mold as the original Liberty Bell in Philadelphia.

You might have heard the myth that trash cans in Disney’s Magic Kingdom never need to be emptied, because beneath each trash can is a tube that immediately sucks each piece of garbage away.

While this is (mostly) an urban legend, and there are no holes underneath Disney’s trash cans, the truth is just as fascinating!

Magic Kingdom uses an Automated Vacuum Assisted Collection system, which employs compressed air to shoot garbage at speeds of up to 60 miles an hour to a spot behind Splash Mountain where it’s then processed. Trash still has to be collected from the trash cans, though, and deposited into one of the backstage access points across the Park, where it zooms away to the processing station every 20 minutes or so.

There you have it – how many little-known facts about Disney’s Magic Kingdom caught you by surprise, and how many had you smiling in knowing satisfaction?