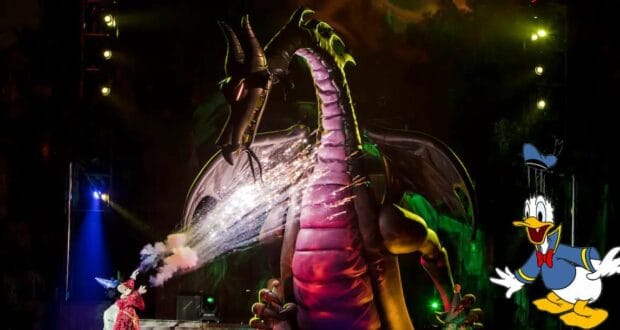 A Guest visiting the Walt Disney World Resort was allegedly struck by a firework during the pyrotechnics portion of Fantasmic! at Disney’s Hollywood Studios theme Park. Read on for a full explanation of what exactly happened. For (almost) 24+ years, Fantasmic! has remained a popular nighttime spectacular performance at the Walt Disney World Resort and the Disneyland Resort. Since the show’s recent return, long lines snake around the Hollywood Hills amphitheater on Sunset Boulevard as Guests wait to join Mickey Mouse on a dazzling adventure to defeat nightmarish Disney villains attempting to take over his dreamscape.

However, for one Guest on Saturday during the recent 7:30 show, the implied danger posed by Maleficent’s dragon animatronic figure in the storyline became just a little too real! Another Guest who witnessed a “black round object” strike the woman in the eyes took to Reddit to explain the situation at the Disney Park:

Apparently, a Disney Cast Member received notice that a woman in the audience had been struck by a piece of the dragon’s firework, and was currently holding a hand over her eyes. As the video displays, a small black object escapes the explosion and flies into the crowd when the dragon appears. One can assume at that moment, it struck the unlucky woman.

On the other hand, the Walt Disney Company has yet to confirm the incident or address the struck Guest’s current condition. This information comes from a second-hand account from someone else in the audience, and in the face of the Walt Disney World Resort’s numerous safety measures and Cast Member training in order to ensure Guests’ protection when utilizing special effects such as these. 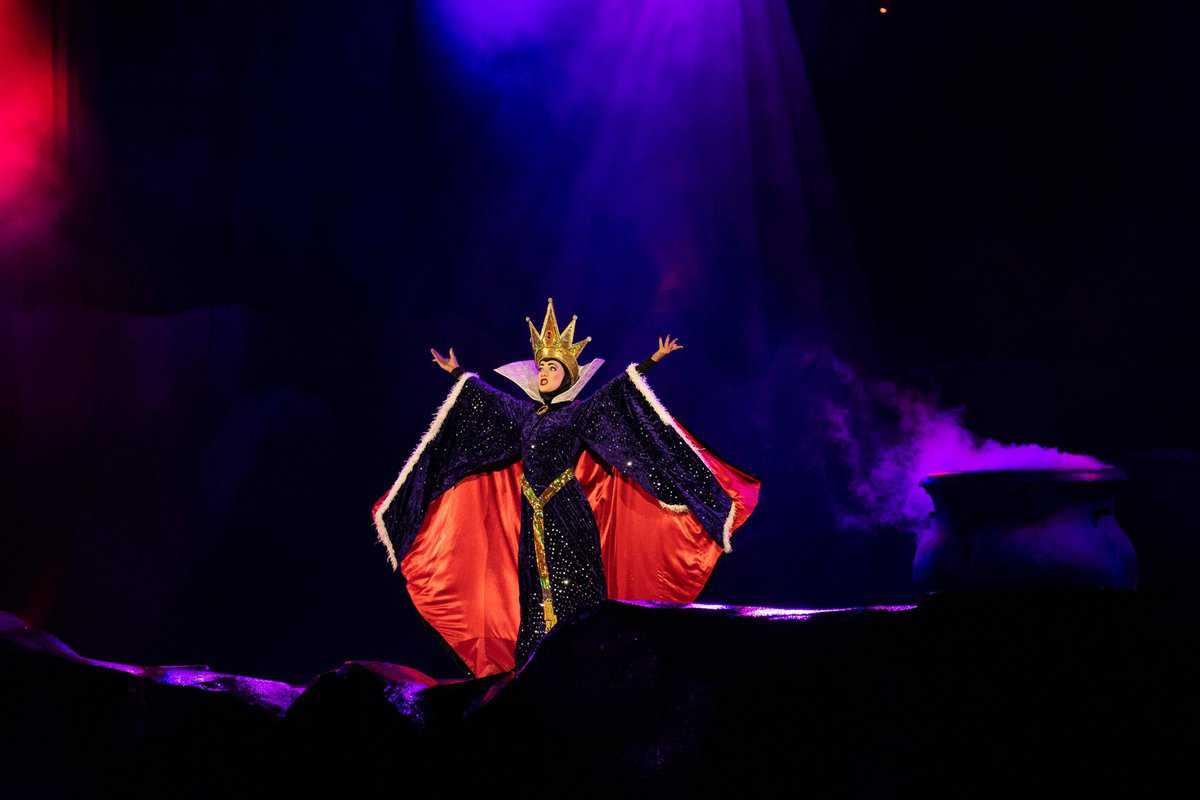 RELATED: Cast Members React to Seeing Fantasmic! For the First Time Since 2020

Luckily, if the alleged event did occur, other users in the social media thread speculated that the firework would not have harmed the woman. For example, some identified the black object as a paper firework casing, which was essentially harmless.

In fact, a pyrotechnic professional (not affiliated with Disney) had this to say in response:

“That’s just the paper covering from the shell. Most of the time they survive the launch, but burn up when the shell explodes at altitude. This style of shell is different as it doesn’t do anything besides catch fire on the water, so the paper stays intact if it doesn’t hit the water. As long as she wasn’t staring wide eyed at it it wouldn’t hurt more than just getting a piece of paper blown into your face by the wind.” 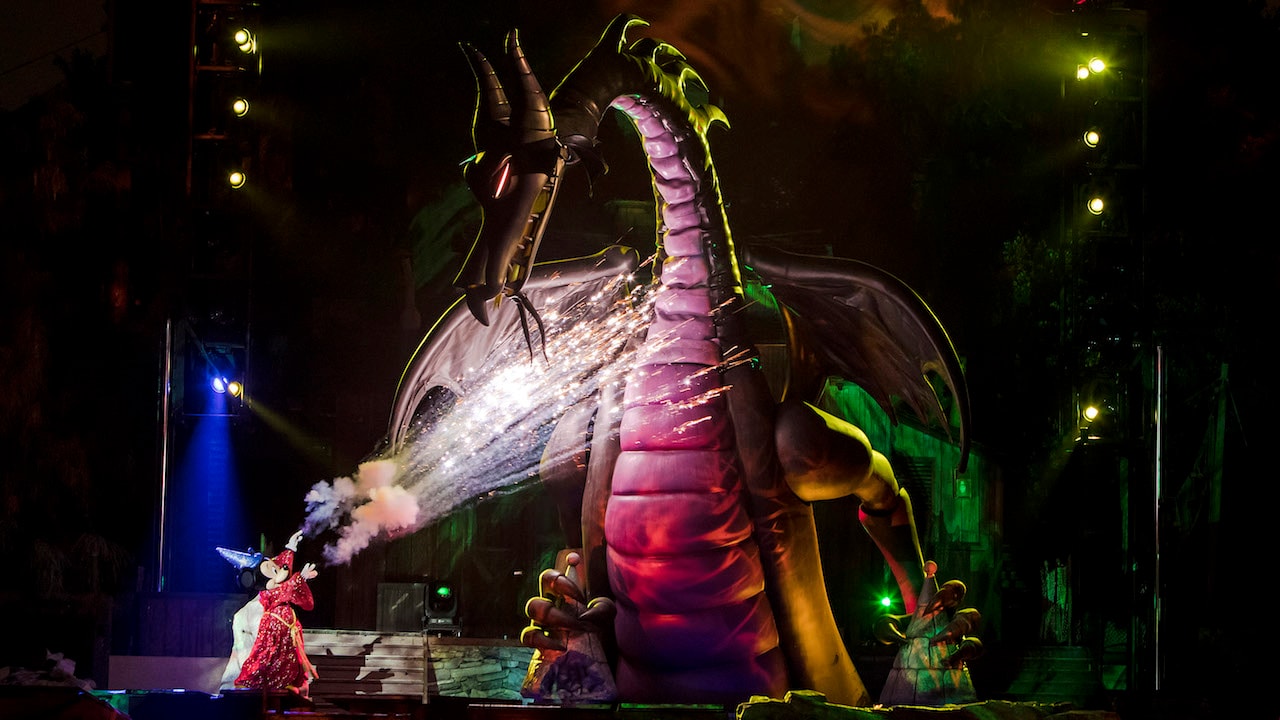 Phew! Good to know the only thing the female Guest received was a minor shock and a memorable story to tell about the time she became part of the storied history of Disney Hollywood Studio’s Fantasmic!

Guests hoping to view the spectacular show for themselves should check showtimes and availability via the Walt Disney World Resort Entertainment Schedule or the My Disney Experience app.