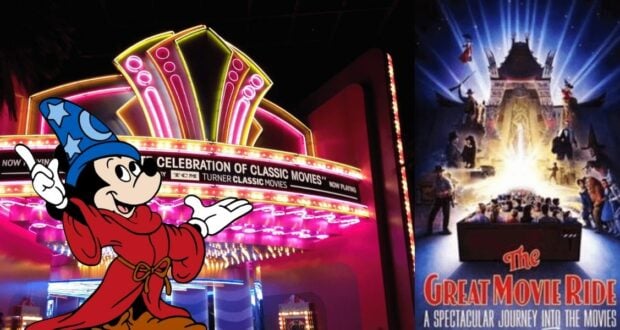 “That just goes to show that anything can happen in the movies!”

We, like many Disney Guests, miss The Great Movie Ride intensely.

A great fit for Disney’s Hollywood Studios theme park, the dark ride was located inside the Parks’ replica of Grauman’s Chinese Theatre, one of Hollywood’s most famous movie palaces.

Featuring the glitz and the glitter of classic Hollywood movies, the attraction employed the use of audio-animatronic figures, amazing sets, live actors, and special effects to recreate iconic scenes from twelve classic films throughout motion picture history.

Now that the ride has gone for good, Guests can find a relic from the popular attraction in Walt Disney World – but not in a place you’d probably guess. 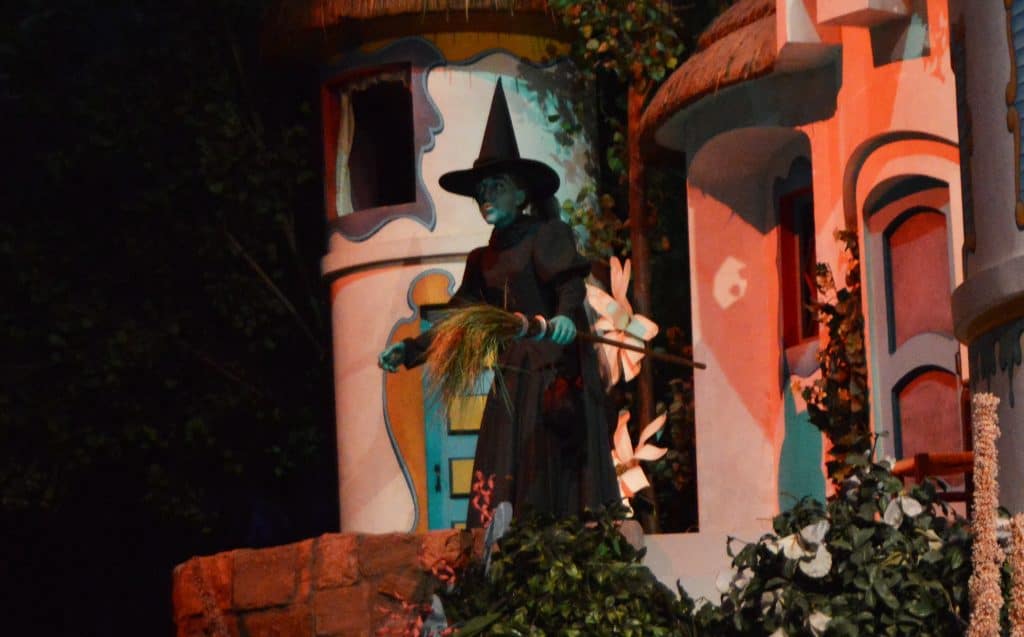 The Great Movie Ride debuted at Walt Disney World on May 1, 1989, along with Disney’s Hollywood Studios, and became a firm favorite among theme park visitors.

On the theme park’s opening day, Mickey Mouse, Donald Duck, Minnie Mouse, Goofy, Roger Rabbit, and other Disney characters placed their signatures, footprints, and handprints in front of the façade of the Great Movie Ride.

The Great Movie Ride was originally developed by Walt Disney Imagineering as a pavilion for the Future World section of EPCOT, before becoming the inspiration for Disney’s M.G.M. Studios theme park.

Sadly, The Great Movie Ride closed on August 13, 2017, to be replaced by the divisive Mickey & Minnie’s Runaway Railway. The attraction was the last operating attraction from Disney’s Hollywood Studios’ opening day. 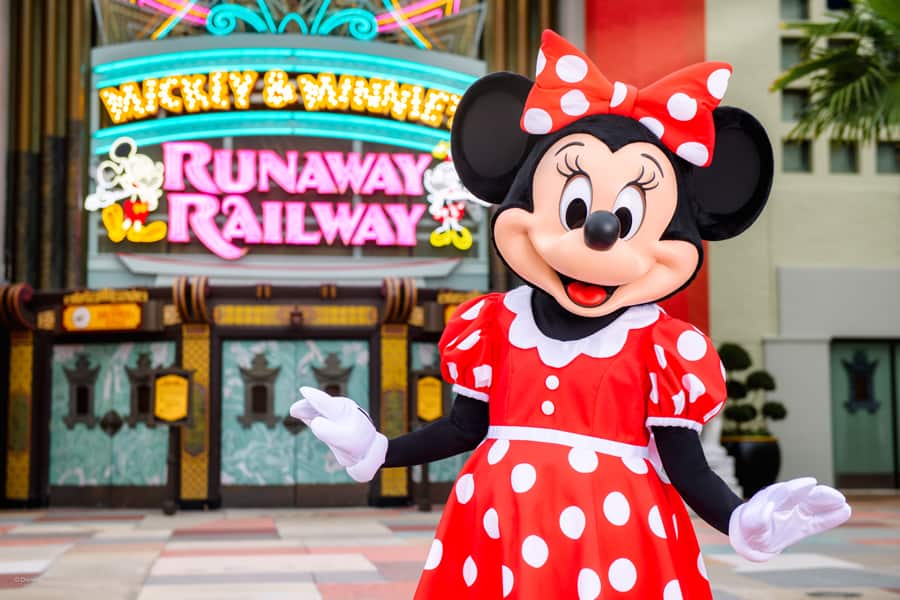 Guests looking to find a hidden relic from the attraction do not have to leave Disney’s Hollywood Studios, but may not be expecting where the item is.

Well, we can reveal that the piece of Great Movie Ride history can be found in none other than a galaxy far, far away.

Yep – there is a throwback to The Great Movie Ride in Star Wars: Galaxy’s Edge!

Hidden among the other relics outside of Dok-Ondar’s Den of Antiquities in Batuu is a large stone foot. This foot originally was a part of one of the large Anubis statues found on The Great Movie Ride! 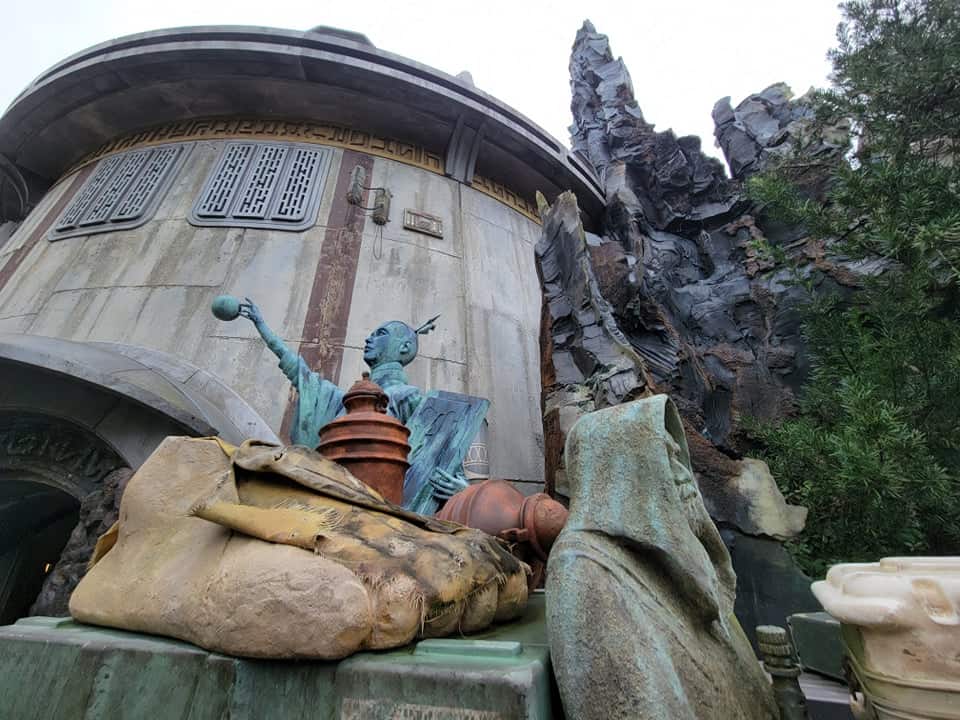 On display just to the right of the shop’s entrance is a collection of items Dok-Ondar too large for his shop. Cast Members let Disney Tips know that the large foot in his collection is from The Great Movie Ride, and the other foot can be found in Disneyland Park in Anaheim.

In Galaxy’s Edge, Dok-Ondar is the proprietor of Dok-Ondar’s Den of Antiquities where he presides over the sales transactions taking place. Dok-Ondar has relics from all across the Star Wars galaxy, including lightsabers, stormtrooper helmets, and cloaks.

The Anubis statue was found in the Indiana Jones section of The Great Movie Ride. The ride vehicle would enter a scene set in an ancient Egyptian tomb filled with snakes. The scene from Raiders of the Lost Ark (1981) featured audio-animatronic figures of Indiana Jones (Harrison Ford) and Sallah (John Rhys-Davies) struggling to lift the Ark of the Covenant.

A second room within the temple featured a large altar in the form of the ancient Egyptian god Anubis. Near the top of the altar, a large priceless jewel was then stolen by a gangster as part of the attraction’s narrative. 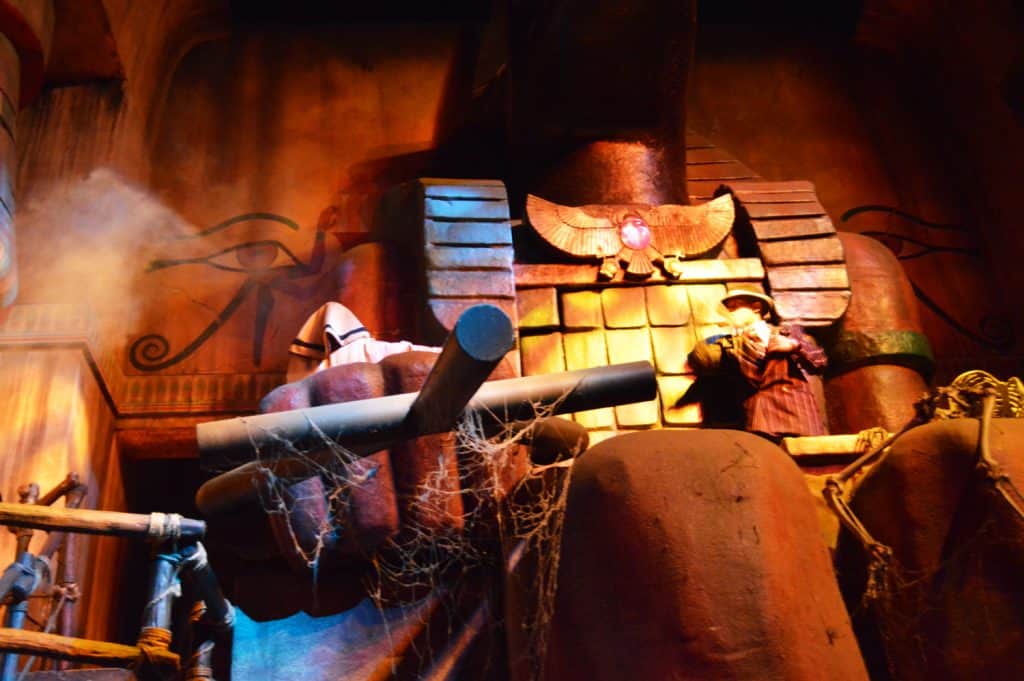 Many of these artifacts have been rehoused by The Walt Disney Archives team, but some – like the foot – have been moved to other areas of Walt Disney World.

The back of the Lockheed plane from the Casablanca scene, for example, was cut off and can now be found resting along the shoreline of the Jungle Cruise attraction at Magic Kingdom. 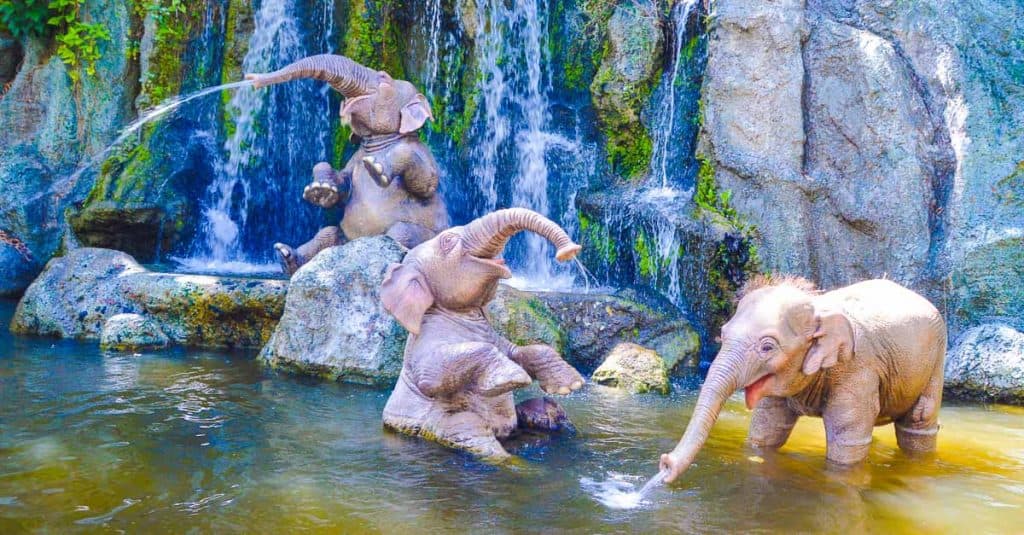 So there you have it! Next time you’re visiting Batuu and find yourself near Dok-Ondar’s store, keep your eyes peeled for this little piece of Walt Disney World history!