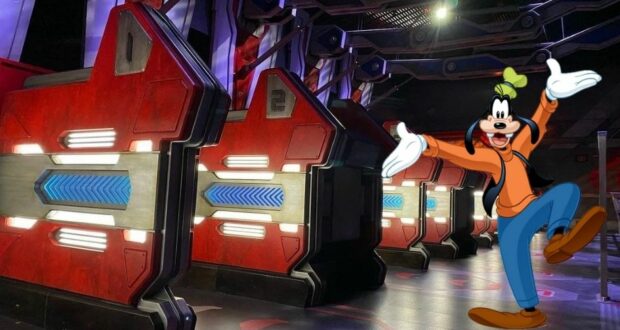 Is Your Family Tall Enough to Go On EPCOT’s “Family-Friendly” Coaster?

As Walt Disney World Resort’s newest incoming attraction, Guardians of the Galaxy: Cosmic Rewind reaches its final stages of development, the height requirement for the attraction has reportedly been revealed.

EPCOT’s transformation of Future World and World Showcase into four neighborhoods, including World Celebration, World Discovery, World Nature, and World Showcase has been an overhaul that has so far been well worth dealing with the construction walls.

It’s no surprise that our focus right now turns to World Discovery as EPCOT has opened one of its most popular restaurants, Space 220. But, what is REALLY getting us excited is the addition of the new EPCOT roller coaster, Guardians of the Galaxy: Comic Rewind.

Disney has noted the indoor coaster is a “family-friendly” attraction, but Disney Park Guests will want to note there will reportedly be a height requirement.

@DrewDisneyDude took to Twitter to share, “Disney has just revealed the height requirement for Guardians of the Galaxy: Cosmic Rewind at EPCOT will be 42 inches! For comparison: Seven Dwarfs Mine Train and Slinky Dog Dash are 38 inches; Big Thunder Mountain is 40 inches; Expedition Everest is 44 inches.”

Disney has yet to update the Cosmic Rewind landing page with the height requirement. We are also waiting to learn of a grand opening date as Disney has only officially announced Summer 2022. That said, a Disney Executive recently leaked the attraction would be opening for Memorial Day weekend.

Want to know more about this “Extraterrestrial Escapade”? Disney shares the following details about the highly-anticipated ride:

Begin your adventure by touring the Galaxarium—a planetarium-like exhibition showcasing the similarities and differences between Xandar and Earth’s galaxies. You’ll even get to discover some of the incredible wonders of Xandar and learn about their technology.

This family-friendly attraction features the first-ever reverse launch on a Disney coaster and is one of the longest enclosed coasters in the world! A new innovation from Walt Disney Imagineering—this coaster rotates 360 degrees so you can focus on the action!

Does your family measure up to the height requirement for Guardians of the Galaxy: Cosmic Rewind roller coaster? We hope so as this attraction will surely be an exceptional one!