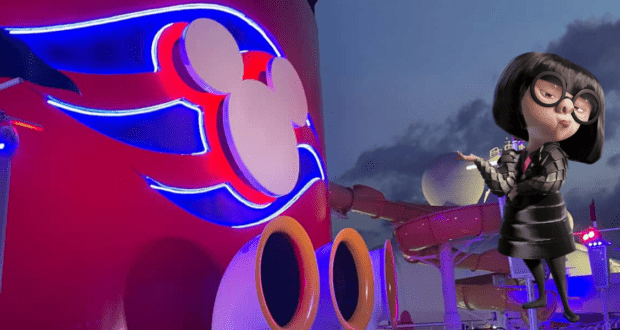 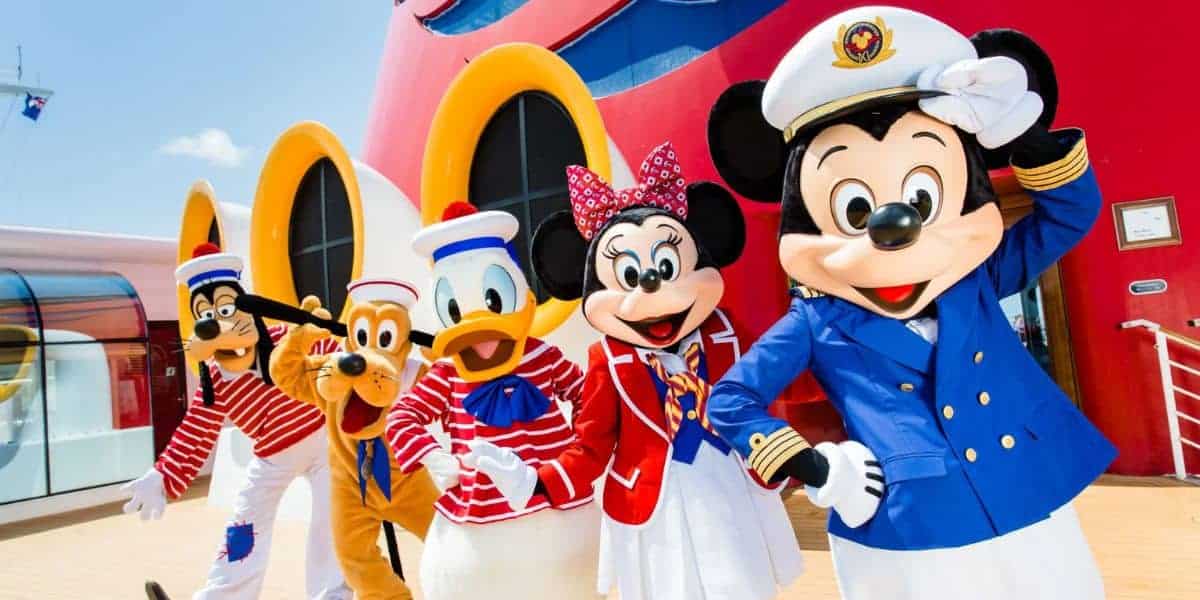 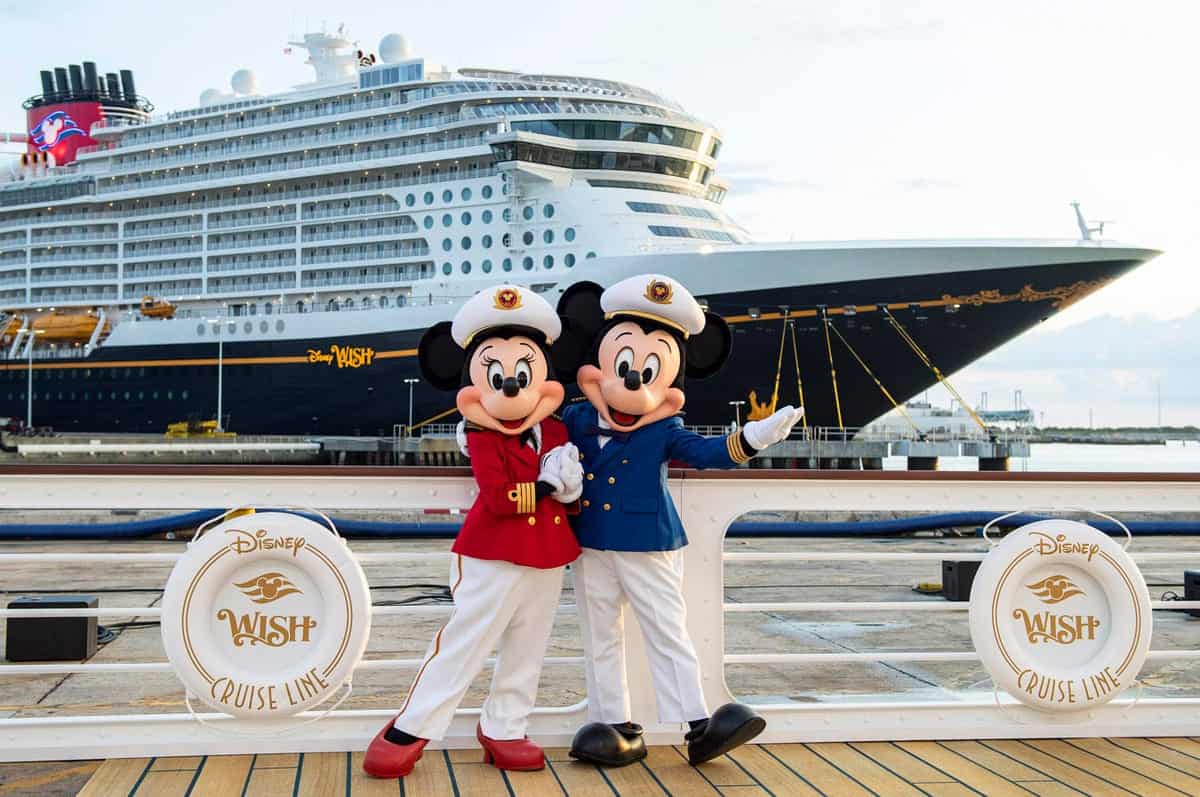 Disney Cruise Line is set to continue to expand their fleet. During last year’s Disney D23 Expo, it was confirmed that the following cruise ship to join the fleet will be the Disney Treasure in 2024. Early 2024 is also the expected time at which Disney’s second private island will be available for Guests to experience. Lighthouse Point will complement Castaway Cay. 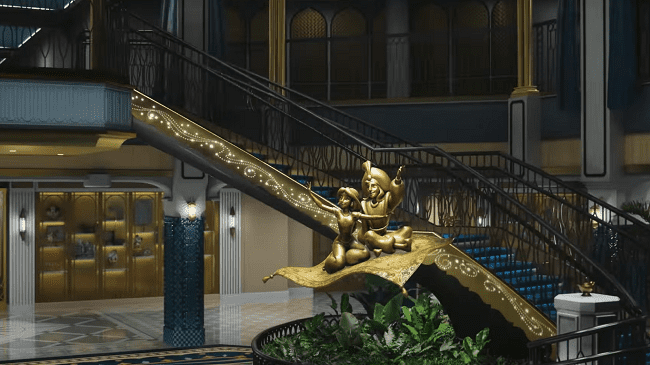 Disney Cruise Line is known for the magical vacations they help to create for Guests. Throughout the year, several celebrations take place at sea. There are currently four themed cruises that take place on a Disney Cruise:

In the last week, the Pixar Day at Sea has made its debut on Disney Cruise Line. The Disney Fantasy hosted the first themed sailing, starting January 3. Like other themed Disney cruises, Pixar Day at Sea is a day-long celebration that generally takes place on a sea day. Select Disney Fantasy cruises, from Port Canaveral, through to mid-March, will see incredible entertainment offerings around the ship and many new food and beverage items that coincide with the theme of the day.

The initial information that Disney Cruise line had given about the event hinted that Guests would be able to interact with more Pixar characters than before. Interactions include meet and greet opportunities, dance and pool parties, family activities throughout the day, and a brand new nighttime spectacular at sea. Guests on board will also have the chance to buy exclusive merchandise and enjoy a Pixar film festival.

Guests who have been lucky enough to cruise while the first Pixar Day at Sea has been sharing the incredible experiences they have been having with Pixar characters, and we’re a little jealous! The themed day is bringing beloved Disney Pixar movies to the high seas, including Toy Story (1995), Monsters, Inc. (2001), The Incredibles (2004), Finding Nemo (2003), and more. While Toy Story characters are a usual sight to sea on the Disney ships, especially in Disney’s Oceaneer Club, other characters are being seen on Disney Cruise Line for the first time.

As part of the celebrations, the Pixar Dar at Sea celebrations has debuted two face characters – none other than Edna Mode and Mrs. Incredible. While it’s not the first time these characters have interacted with Guests, they have previously been ‘masked.’ Now, Disney Cruise Line Guests can see Edna Mode strut her stuff down the staircase in the ship atrium and speak to Guests during interactions along with Mrs. Incredible. 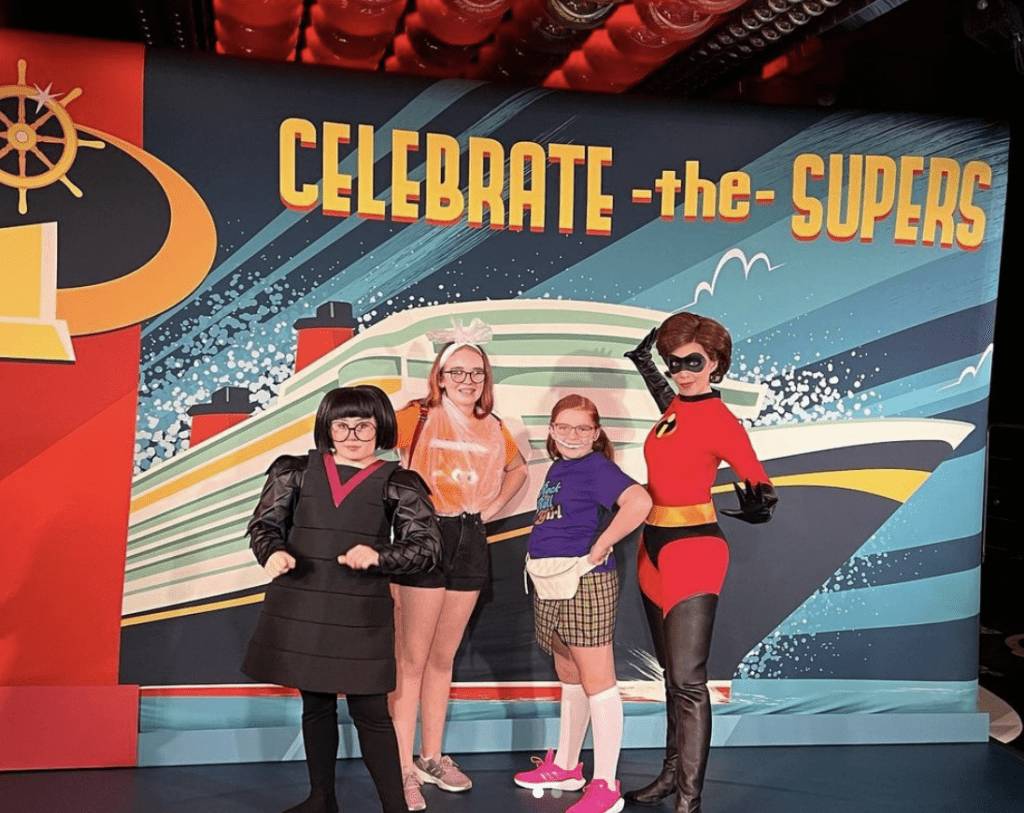 Guests on board the Disney Fantasy for the Pixar day at Sea cruises will also be able to attend the Hey Howdy Breakfast with Woody and Friends. Reservations are required to participate in the character dining experience hosted by Sheriff Woody, Jesse, and Bullseye. The menu features Toy Story-inspired dishes, accompanied by sing-alongs and cowboy serenades.

Throughout the day, Guests will also have access to other character encounters. They can meet with Joy and Sadness from Inside Out (2015), Mike, Sully, and Boo from Monsters, Inc., Dug and Russell from Up (2009), Buzz Lightyear and Bo Peep from Toy Story, and Mr. Incredible and Frozone from The Incredibles. As if that wasn’t enough Disney Pixar characters to feature throughout the day, Coco (2017) will feature in a first-of-its-kind theatrical experience, using live puppetry and music. The day will finish with The Incredibles saving the day in an all-new nighttime spectacular, where Guests will see fireworks at sea. 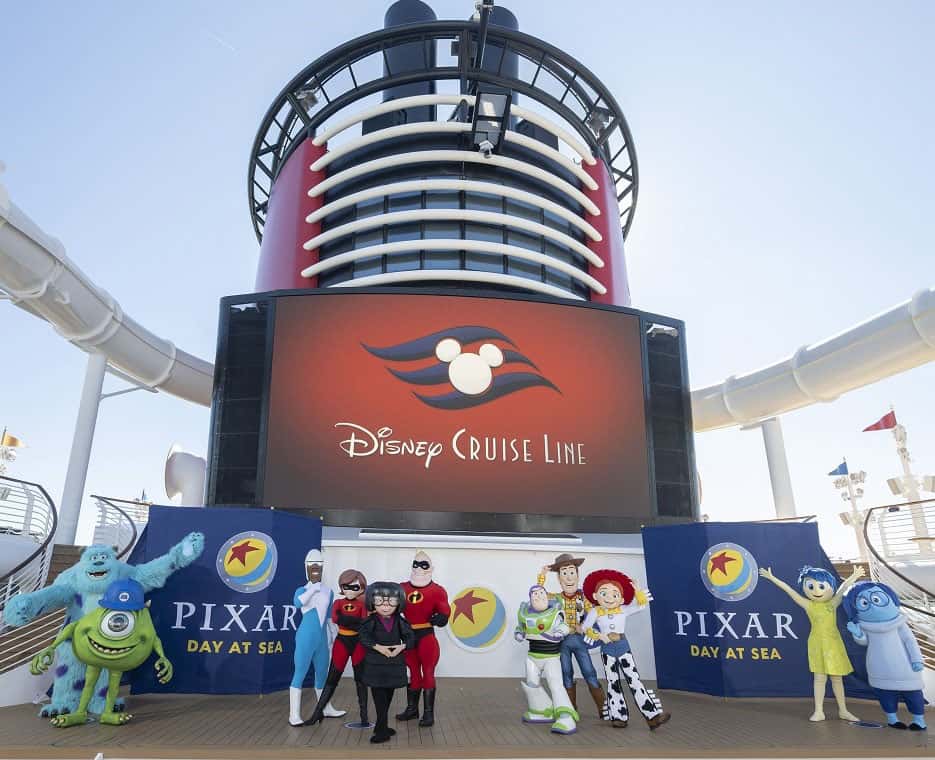 Will you take a Disney Cruise that includes the Pixar Day at Sea? If not, is it something you hope to experience in the future? We can’t wait to experience this celebration of all things Disney Pixar and an extraordinary Disney vacation.

2023-01-11
Victoria Mills
Previous: VIDEO: This Jungle Cruise Skipper Got Snippy With Their Audience…But Nobody Is Angry
Next: Executive Chairman of Nike, Mark Parker, Named Chairman of the Board by the Walt Disney Company