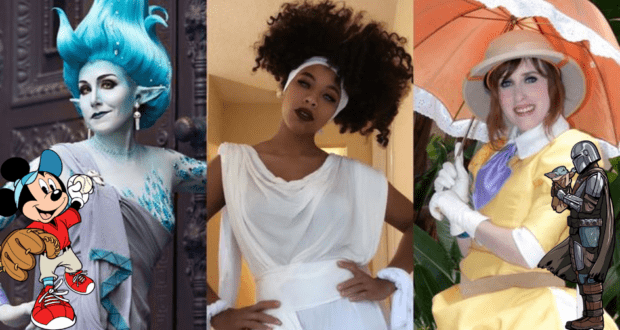 Did you know that a particular professional sports team celebrates an iconic Disney franchise one favored night of the year? Star Wars Night is a highly publicized MLB event that draws a massive amount of cosplayers to Fenway Park!

This year, the galactic Boston Red Sox event took place on August 23, and the costumed fans did not disappoint! Some ticket holders who purchased a special offer received a “Red Sox Star Wars (1977) Jedi-themed Bobble-body figurine.” 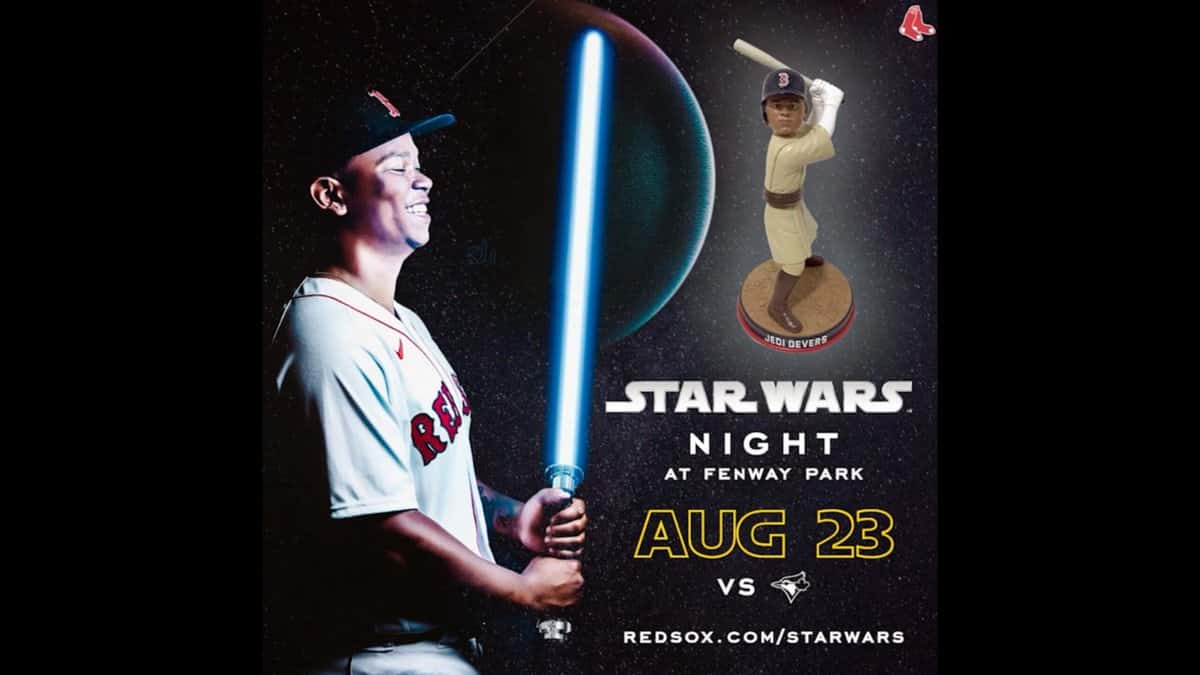 The souvenir features third baseman Rafael Devers with a glow-in-the-dark Lightsaber bat. An amusing video posted by the MLB shows various footage of the team using lightsabers for bats and getting hit with blasters as they make their way around the bases.

Included in the event, fans were treated to special Star Wars-themed photo ops, along with appearances from cosplayers and various fan groups. Those who arrived early received a free Lightsaber inflatable.

TikTok creator @FoxHound1984 shared a couple of videos from the soirée, which looked like a blast…no pun intended! Some of the epic costumes included the Mandalorian and Grogu, Kylo Ren, Princess Padmé Amidala, Han Solo, and more.

Darth Vader and a fully costumed Chewbacca were also spotted roaming around the stadium. Cosplayers traveled through tunnels as they made their way to photo ops and mingled with fellow fans.

The cosplayers made for quite a sight in the stands, and their presence delighted audience members. Star Wars fans have been looking forward to Disney Plus Day, which arrives on September 8.

One of the most anticipated premieres coming to the platform gives fans a behind-the-scenes look at the making of Obi-Wan Kenobi (2022), which broke records this year. Starring Ewan Mcgregor and Hayden Christensen, Obi-Wan Kenobi: A Jedi’s Return (2022) will treat audiences to a rare glimpse of the actors as they filmed epic scenes from the series.

Star Wars night at Fenway Park proved to be a fantastic success. What a fun event for fans of the beloved Disney franchise!

2022-08-26
Christy Weinberg
Previous: Did You Know These Facts About the African Painted Dogs in Disney’s Animal Kingdom?
Next: Touché! Disneyland Resort’s “Unfavorable Attendance Mix” Fights Back