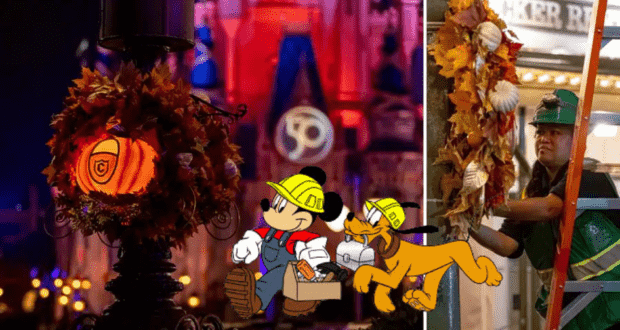 Halloween and Christmas are two coveted holidays for visitors of Disney Parks. In Florida, Magic Kingdom gets a complete makeover for the spooky season, and over on the West coast, both Disneyland and California Adventure don festive, fall touches.

But have you ever wondered how Disney does it? One minute it seems there are no decorations at all, and then suddenly, the whole Park is decked out in Halloween decor. That’s because Disney’s holiday services team installs the fall decor at Magic Kingdom Park in just one night! 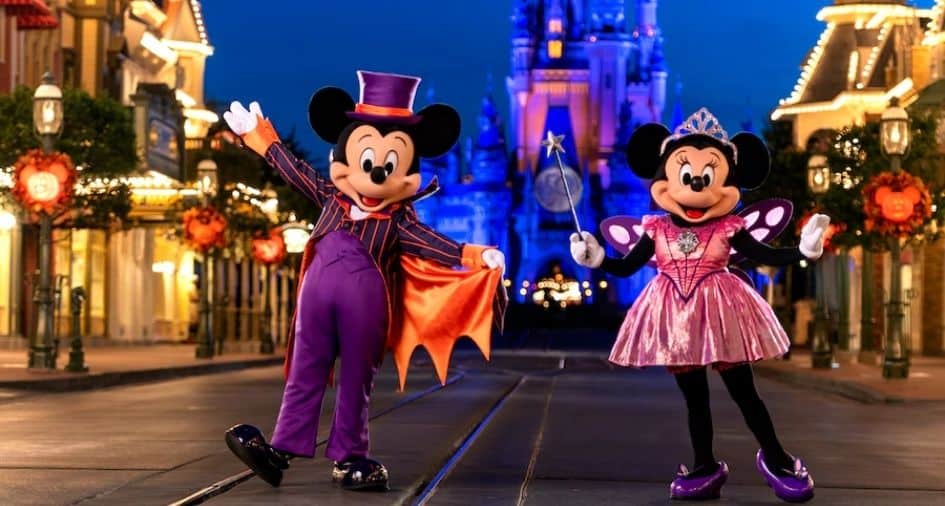 Can you believe that? Disney Parks Blog shared a video giving fans a behind-the-scenes look at how Disney transforms the beloved Park. The process actually begins right after the Christmas season. This gives Cast Members plenty of time to plan!

The holiday services team puts a lot of effort into deciding what needs to be redone. They keep an eye on trends and change color schemes according to what’s popular that year.

Interestingly, the video touches on how hard the team worked on the controversial Cinderella coach wreaths that had Walt Disney World Guests up in arms. Florida’s Disney fans have seen a lot of unwelcome changes this year and weren’t prepared for the absence of their beloved Mickey pumpkin wreaths.

Frequenters of the Parks grow accustomed to nostalgic touches and are not shy in making their opinions known. Surprisingly, Walt Disney World swiftly responded to Guests’ discontent, replacing the Cinderella coach wreaths with the iconic Mickey Pumpkin ones. 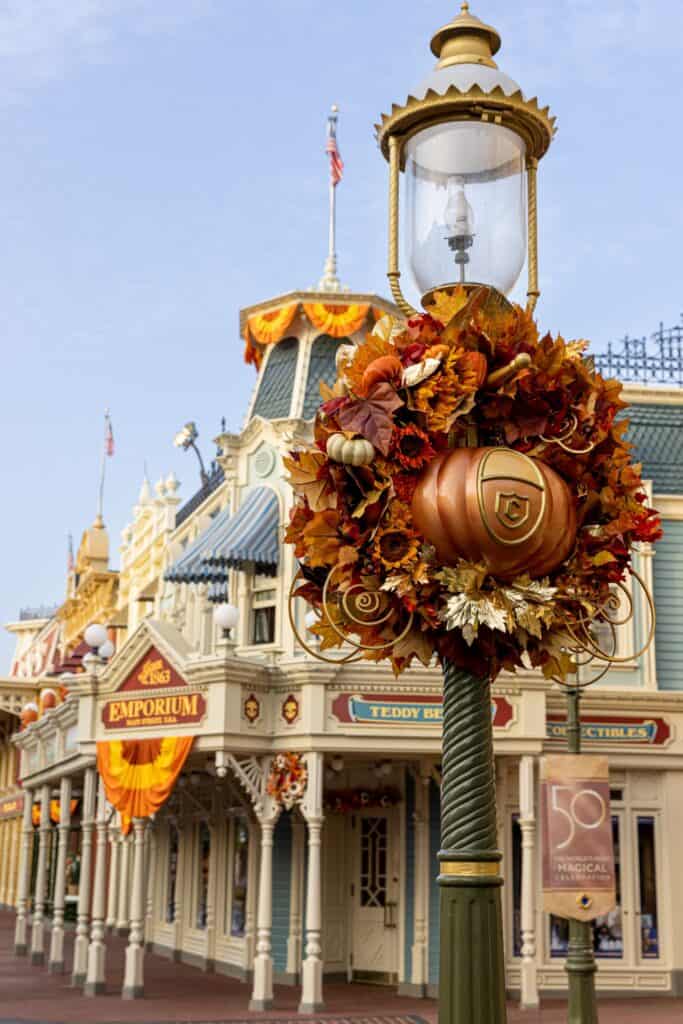 It turns out Walt Disney World always intended to bring back the nostalgic Mickey pumpkin wreaths. They planned to line Main Street, U.S.A., with the Cinderella Wreaths first, but switch them out to the Mickey wreaths “once the clock strikes midnight on Nov.1.”

I guess it didn’t go quite as they planned! Check out the YouTube video (above) for more behind-the-scenes at the Most Magical Place on Earth.