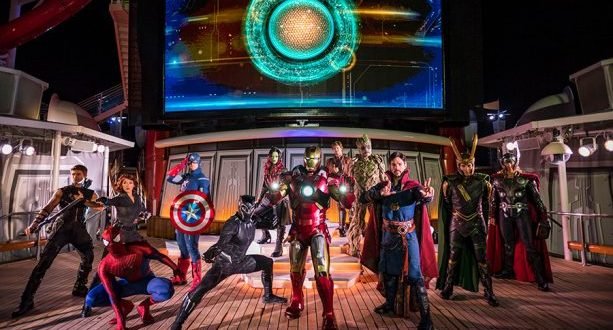 Iron Man is one of the most beloved members of the Avenger and he is all about using his incredible mind to come up with exciting and advanced technologies to help save the world. Since he is so tech savvy, Iron Man would definitely enjoy Test Track Presented by Chevrolet in Epcot as the attraction allows guests to use technology to design their own SIM cars and then test them on the track. With high tech used throughout the experience and On Star communicating with guests just like how Iron Man communicates with his suits, this is sure to be one of his favorite Disney experiences!

Dr. Strange has the monumental ole of protecting the Time Stone in the Avengers series and, using his studies and skills, he is able to see into to the future and discover possible outcomes of situations. Since he has access to time, Dr. Strange would definitely enjoy a little time travel on his vacation and two attractions can deliver him just that! Spaceship Earth could bring Dr. Strange all the way back to the beginning of time and explore how communication has brought humans together through modern day and Dinosaur would offer him the thrilling chance to return to prehistoric times and come face to face with some extinct species at the Dino Institute!

The Hulk definitely can feel misunderstood at certain times due to his size and his anger when in battle, and there is a certain character in Disney’s Animal Kingdom that I think he would relate to. Expedition Everest brings guests into the Forbidden Mountain where they find themselves face to face with the massive Yeti. The Yeti is the protector of the mountain, and is deemed frightening by many guests, but is really just trying to do his job. I think that the Hulk would relate to the Yeti as he has been misunderstood in the past as well!

4. Captain America – The Hall of Presidents and American Adventure

No Avenger is as patriotic or all-American as Captain America himself. With such pride in his country and a desire to celebrate it through his words and actions, there are two attractions that Captain America would love to enjoy in Walt Disney World. The Hall of Presidents in the Magic Kingdom showcases each President throughout the history of the United States and Captain America would certainly be filled with pride seeing them all standing together at the conclusion of the show. The American Adventure in Epcot also would thrill Captain America as it celebrates the story of the American people and how they have helped to shape our great country throughout the years.

Of all the Avengers, Hawk Eye is definitely the best shot and wields his bow and arrow like a true professional. Toy Story Mania in Disney’s Hollywood Studios would definitely be a favorite experience for Hawk Eye since he could take aim in another way and compete to prove that he is still the best shot. The attraction would let him use a pull string toy blaster and take aim at all sorts of different targets in a series of midway games hosted by Toy Story characters, and he would definitely set a high score!

As one of the only women in the Avengers, Black Widow is certainly as tough as can be and has mastered the art of combat to help protect both her friends and the world. While Black Widow is a skilled fighter, I think she would enjoy the show It’s Tough To Be A Bug in Disney’s Animal Kingdom as Black Widows descend from the ceiling at one point to dangle above guests’ heads. I think Spiderman might also chuckle at this moment since he gained his powers after being bitten by a radioactive spider. It might seem a little too close to home, but Spiderman has a pretty great sense of humor and I think would find the situation to be funny. Ant Man would also love It’s Tough To Be A Bug as it would let him enjoy the feeling of shrinking down to his tiny size without having to actually do so!

7. Thor – Frozen Ever After

Thor hails from the mythical Asgard and ultimately ends up residing with other Asgardians in New Asgard, set up right here on Earth. The town definitely has a Nordic feel to it, which makes perfect sense since the character of Thor has deep roots in Nordic mythology. Because of this, Thor would certainly love spending time in the Norway Pavilion in Epcot’s World Showcase since it would feel just like home! Thor would also love Frozen Ever After as it shows off some other favorite characters from Norway with the chance to ride in a Viking-style boat!