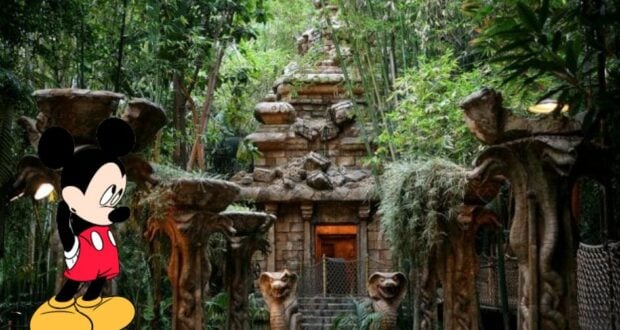 It looks like Disney is pausing the iconic fast-paced thrill ride in search of Indiana Jones. That’s right, the fan-favorite Indiana Jones Adventure at Disneyland Park is seemingly closing soon for an indefinite amount of time.

We’ve recently seen closures at Walt Disney World Resort, including The American Adventure show in EPOCT, restaurants on the BoardWalk, and shop closures. As much as permanent closures or patiently waiting for refurbishments to be complete can be difficult for a Disney fan, the updates are necessary for one reason or another.

So, as we cruise to the west coast over at Disneyland Resort, we know ride closures are inevitable. Currently, the massive Matterhorn Bobsleds attraction is closed for refurbishment through October 13, 2022. It seems like shortly after Matterhorn is reopening, Indiana Jones Adventure in the Adventureland portion of the Disney Park is closing.

It has been rumored for some time that the fan-favorite attraction is due for much-needed refurbishment, but Disney has yet to list when the refurb may begin. We believe this lack of time for Indiana Jones Adventure when other Disneyland Park and Disney California Adventure attractions have operating hours is a sign that the closure is certain.

Currently, the closure will remain indefinite until Disney shares a status update once the refurbishment calendar is provided.

RELATED: What No One Tells You About Your First Visit to Disneyland

“Follow Indy’s footsteps into the crumbling Temple of the Forbidden Eye past intricate booby traps. Inspect carvings and frescos that tell the story of Mara, a powerful deity who promises great treasures—and vengeance to those foolish enough to gaze into its all-seeing eyes.”

“Brave Unimaginable Perils: Board a rugged troop transport and enter the Chamber of Destiny. Confront inconceivable dangers, like precarious precipices over molten lava, screaming mummies, swarms of giant insects, spear-throwing wraiths, collapsing bridges, slithering snakes—and a massive rolling boulder. If you find yourself in jeopardy, only one man is brave enough—or crazy enough—to save you… Dr. Jones!”

As always, we will be sure to keep Disney Tips readers updated as we learn more of what’s to come for Indiana Jones Adventure.

2022-10-04
Jamie Sylvester
Previous: Disney Genie+ Finally Gets an Updated Perk
Next: The NEW Eats You Have to Try at This Favorite Disney Resort