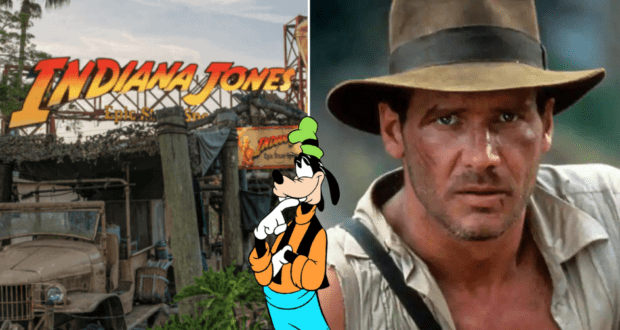 Harrison Ford’s Emotional Announcement Could Have Repercussions in Disney Parks

Disney fans worldwide are following all of the latest updates out of the 2022 D23 Expo which runs through this Sunday, September 11, 2022, at the Anaheim Convention Center.

We have been enjoying sharing all of the latest news from upcoming films and series from Disney, Pixar, and Lucasfilm during panels so far, but one of the most recent movie announcements has us wondering if changes could be coming soon to multiple Disney Parks. RELATED: Could Disney Be Getting Ready to Replace This Iconic EPCOT Attraction?

At one of today’s panels, Disney fans at D23 were thrilled to see actor Harrison Ford take the stage to share updates on Indiana Jones 5, the latest installment of the Indiana Jones franchise that is set for a theatrical release on June 30, 2023.

In an emotional speech at today’s panel, the actor confirmed that Indiana Jones 5 would be his last time starring in an Indiana Jones film. “I’m very proud to say that this one is fantastic,” Ford told the crowd, then referenced actress Phoebe Waller-Bridge saying, “And this is one of the reasons. Indiana Jones movies are about mystery and adventure, but they’re also about heart.”

Take a look at Ford making this emotional speech in the video below by reporter Ashley Carter who was in the audience during this panel:

A very emotional Harrison Ford says the next Indiana Jones movie is going to be fantastic. #D23Expo pic.twitter.com/LHI3YcJDzk

Directed by James Mangold, Indiana Jones 5 will continue the story with characters we love from previous installments with newcomers, along with a unique and exciting storyline. With so much excitement causing a buzz around the next Indiana Jones film, we as Disney fans have to wonder, will we see any changes at either Disneyland or Disney’s Hollywood Studios?

At Disney’s Hollywood Studios, no opening day attractions remain as the only originals from Disney MGM-Studios’ opening on May 1, 1989, have since closed. As such, the Indiana Jones Epic Stunt Spectacular, with its August 1989 opening, is the closest thing this Disney Park has to an opening day attraction, and for that reason alone, many fans would hate to see it changed. 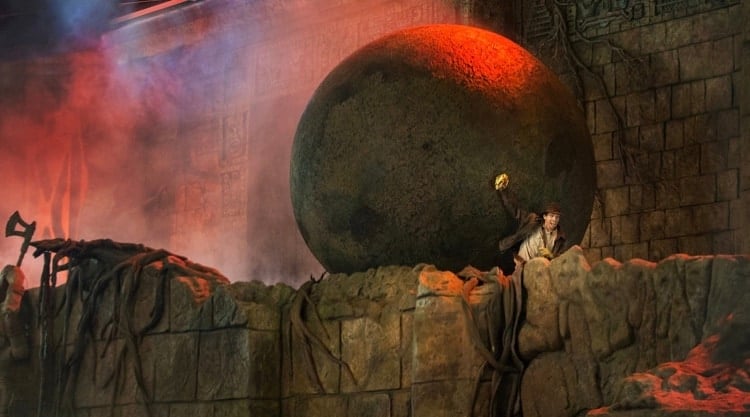 Disney has not announced any changes to either  Indiana Jones attraction, but given the company’s treatment of Star Wars in the theme parks, we have to wonder what the future of both the ride and the stunt show will be as the franchise continues to expand. Using Star Wars as an example, fans of the original trilogy (and even the prequels) will find little references outside of some small Easter eggs in Star Wars: Galaxy’s Edge as the entire land is themed to the newest installment of films (save for Star Tours, which still runs independently of the rest of Disney’s Star Wars attractions.)

Of course, Raiders of the Lost Ark is arguably still the most iconic Indiana Jones film to exist, but even outside of Disney we have seen other theme parks adjust attractions based on later installments from movies in the same series. (Another example of this would be the Jurassic World updates to Jurassic Park attractions at Universal Studios.)

If a change is coming to either Indiana Jones attraction, it is possible that Disney could announce it this weekend during the D23 Expo. The Parks panel takes place tomorrow, and we at DisneyTips will be covering all of the exciting announcements for Disney Parks around the world then. Check back throughout D23 for additional updates on new Disney movies and Park updates, and in the future for confirmation of possible changes to rides and shows as we have them.

2022-09-10
Brittany DiCologero
Previous: Could Disney Be Getting Ready to Replace This Iconic EPCOT Attraction?
Next: Disney Apathetic to Guest With Bug-Infested Resort Room